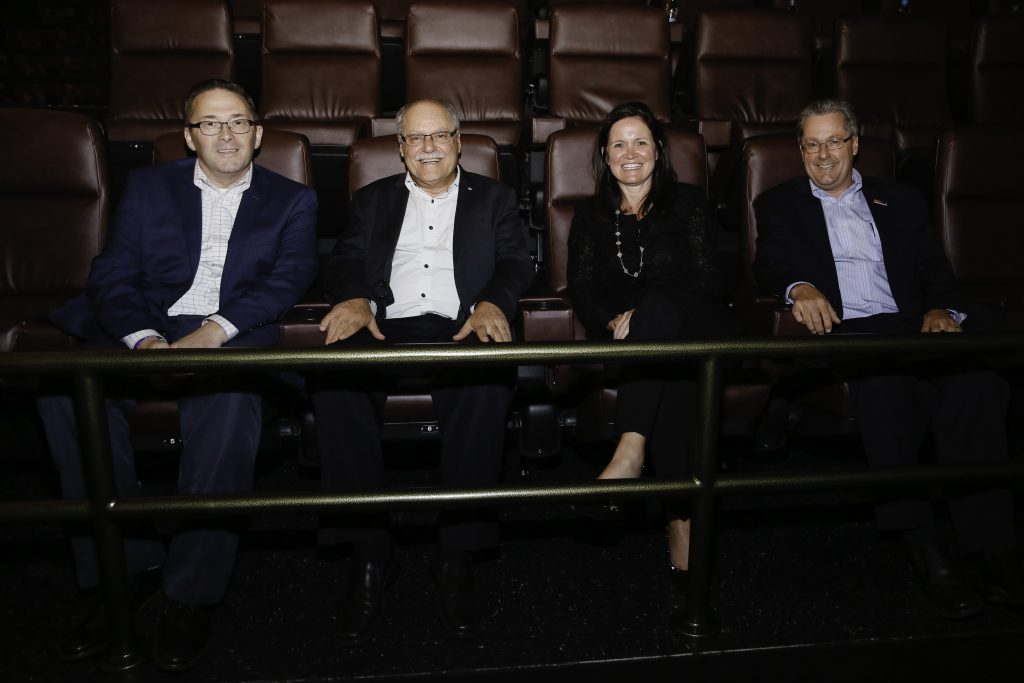 The National Association of Theatre Owners (NATO), announced today the election of new officers to two-year terms by the Executive Board of Directors at the association’s annual meeting, 27-28 September 2017 at the Marriott Hotel in Marina del Rey, Calif.

NATO president and CEO John Fithian stated, “On behalf of our members, I want to thank our outgoing officers and Executive Board members and our new officers and Board members for their service. NATO is a member-driven organization and we are fortunate to have the dedicated service of the most talented people from across our industry.”

The Executive Board of Directors is the governing body of NATO, comprised of 17 leaders in the domestic exhibition industry.  The four volunteer officers of the association are elected from and by the members of the Executive Board.

ABOUT NATO
The National Association of Theatre Owners is the largest exhibition trade organization in the world, representing more than 33,000 movie screens in all 50 states, and more than 32,000 additional screens in 92 countries worldwide.