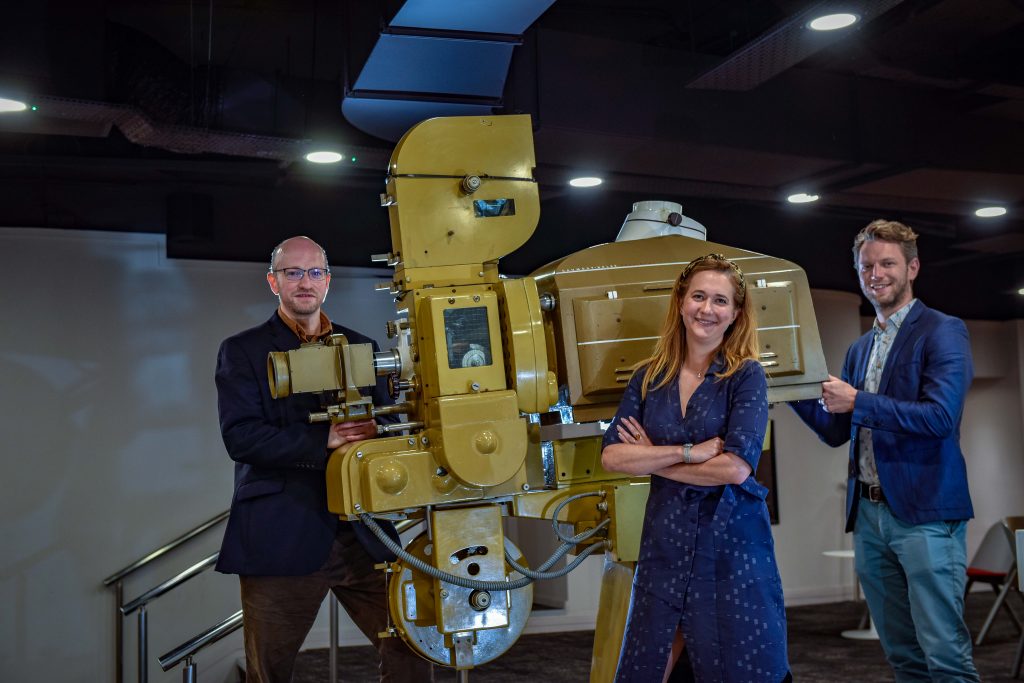 The National Science and Media Museum has today announced it will be appointing INDY Cinema Group to deliver its diverse and exciting film programme when it returns to being an independent cinema operator in November 2019.

INDY Cinema Group, which provides bespoke film programmes for more than 50 independent venues across the world – spanning the UK, the USA, Australia and New Zealand – along with film festivals and touring cinema organisations, was selected as the programming partner.

The museum’s Head of Screen Operation, Kathryn Penny, said: “We’ve been hugely impressed with INDY’s commitment to understanding our ambition for the cinema programme to be embedded within the museum’s activities, reflect the diversity of our audiences, and deliver community-focused screenings as well as the international blockbusters. We’re confident they’ll put our unique facilities, from IMAX to Cinerama, to the fullest possible use.

“I’d like to thank Picturehouse for the past five years, and we now look forward to operating as a fully independent venue once again. It is an incredible opportunity, and I’m delighted we’ll be able to benefit from all of INDY’s expertise.”

Pete Johnson, INDY’s Head of Operations, said: “It’s incredibly exciting to be working with such an important cinema as it takes the bold step to becoming a fully independent cinema operator again and very much feels like the beginning of a fantastic partnership. This will undoubtedly be the most unique venue we programme for and is a film lover’s dream – you can see original prints on an incredible range of formats from the archives under the same roof as the latest 3D IMAX blockbuster and the programming possibilities to tie into the museums heritage and exhibitions are endless. We can’t wait to get started.”

The museum’s five-year partnership with Picturehouse Cinemas finishes when the current contract comes to an end on 31 October.

The final screening in the Picturehouse programme will be “The Rocky Horror Picture Show” (1975) on 31 October. Upcoming plans for the new partnership between the museum and INDY include a diversity of films, ranging from the most essential new blockbusters such as “Star Wars: The Rise of Skywalker” and “Frozen 2”, both playing in full glory in IMAX; through captivating gems such as “Last Christmas”, and powerful new work from master filmmakers, such as Ken Loach’s “Sorry We Missed You”; to the latest ground-breaking new cinema from all around the world, including Alejandro Landes’ hallucinatory guerrilla-war hostage drama “Monos”, and “So Long, My Son”, Wang Xiaoshui’s heart-wrenching family epic. The programme will also explore a broad range of classic cinema, starting with a special ‘Breathless Sensation’ series to accompany the museum’s exhibition celebrating the 150th anniversary of the birth of British cinema pioneer RW Paul, with screenings of “King Kong” (1933), “Mary Poppins” (1964) and “The Matrix” (1999).

The National Science and Media Museum boasts unrivalled facilities – three individual cinema theatres, the only public Cinerama screen outside the USA, the ability to screen digital 4k, 35mm, 70mm, as well as IMAX 3D on the biggest screen in West Yorkshire. It will also be launching a brand-new membership scheme to come into effect in November (existing Picturehouse members will continue to get their same benefits for the full duration of their scheme).

About The National Science and Media Museum
The National Science and Media Museum in Bradford, West Yorkshire, opened in 1983, and has since become one of the most visited UK museums outside London. The Museum explores the science and culture of image and sound technologies, creating special exhibitions, interactive galleries and activities for families and adults, including the recently opened Wonderlab gallery. It is home to three cinemas, including Europe’s first IMAX cinema screen and the world’s only public Cinerama screen outside the USA. Entry to the Museum is free.

About INDY Cinema Group
INDY Cinema Group works behind the scenes to support independent cinemas in the UK, Australia, New Zealand and the USA with a range of essential services. We are driven by our aim to bring true cinema experiences to more people in more places, and to help independent cinemas of all shapes and sizes thrive in a competitive marketplace. INDY’s own team works in partnership with third-party suppliers, allowing us to deliver a full range of services including: Programming & Film Bookings, Full ‘Outsourced Head Office’, Marketing and Social Media, Point of Sale, Theatre Management Systems, Dynamic Cinema Websites, Projector Installation and Servicing, IT and Systems Support, Hands-on Technical Delivery, including Projection Installation and Support for Festivals and Events.