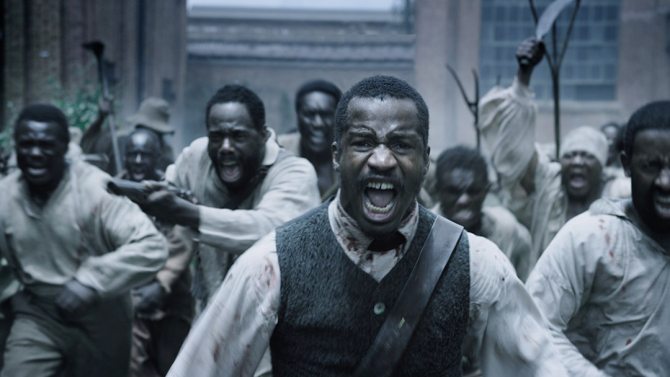 Fox Searchlight Pictures To Release "The Birth of a Nation" October 7, 2016

Mitch Neuhauser, Managing Director of CinemaCon announced today that Nate Parker, who makes his feature film directorial debut with Fox Searchlight’s “The Birth of a Nation,” will receive the “CinemaCon Breakthrough Director of the Year Award”. CinemaCon, the official convention of The National Association of Theatre Owners (NATO) will be held April 11-14, 2016 at Caesars Palace in Las Vegas. Parker will be presented with this special honor at the “CinemaCon Big Screen Achievement Awards” ceremony taking place on the evening of Thursday, April 14, at The Colosseum at Caesars Palace, hosted by the Coca-Cola Company, the official presenting sponsor of CinemaCon.

“Following its Grand Jury Prize and Audience Award at the 2016 Sundance film festival, Nate Parker’s “The Birth of a Nation” will surely bring movie-going audiences to their feet when it is released October 7th,” noted Neuhauser. “A pure labor of love and a film that shows the true passion necessary to craft it, we are honored to present such an outstanding filmmaker with this years ‘CinemaCon Breakthrough Director of the Year Award.”

Written, directed and produced by the film’s star Nate Parker “The Birth of a Nation,” will be released October 7th by Fox Searchlight Pictures. Set against the antebellum South, the film follows Nat Turner (Parker), a literate slave and preacher, whose financially strained owner, Samuel Turner (Armie Hammer), accepts an offer to use Nat’s preaching to subdue unruly slaves. As he witnesses countless atrocities – against himself and his fellow slaves – Nat orchestrates an uprising in the hopes of leading his people to freedom.

Parker first received critical attention in 2007 for his role in “The Great Debaters” receiving an NAACP Image Award nomination for Best Supporting Actor. He followed that up with such critically acclaimed films as “The Secret Life of Bees,” for which he received a Best Supporting Actor NAACP Image Award nomination, “Red Tails,” “Arbitrage,” and “Red Hook Summer.” He has also appeared in “Pride,” “Dirty,” “Felon,” “1968 Tunnel Rats,” and “Ain’t Them Bodies Saints,” among many others. Most recently Parker received his third NAACP Image Award nomination for his performance in “Beyond the Lights.” In addition to his feature film credits Parker has written and directed multiple shorts including “#AmeriCan,” which won the Black Reel Award for Outstanding Independent Short and has appeared onstage in “American Voices” at the Broad Street Theater.