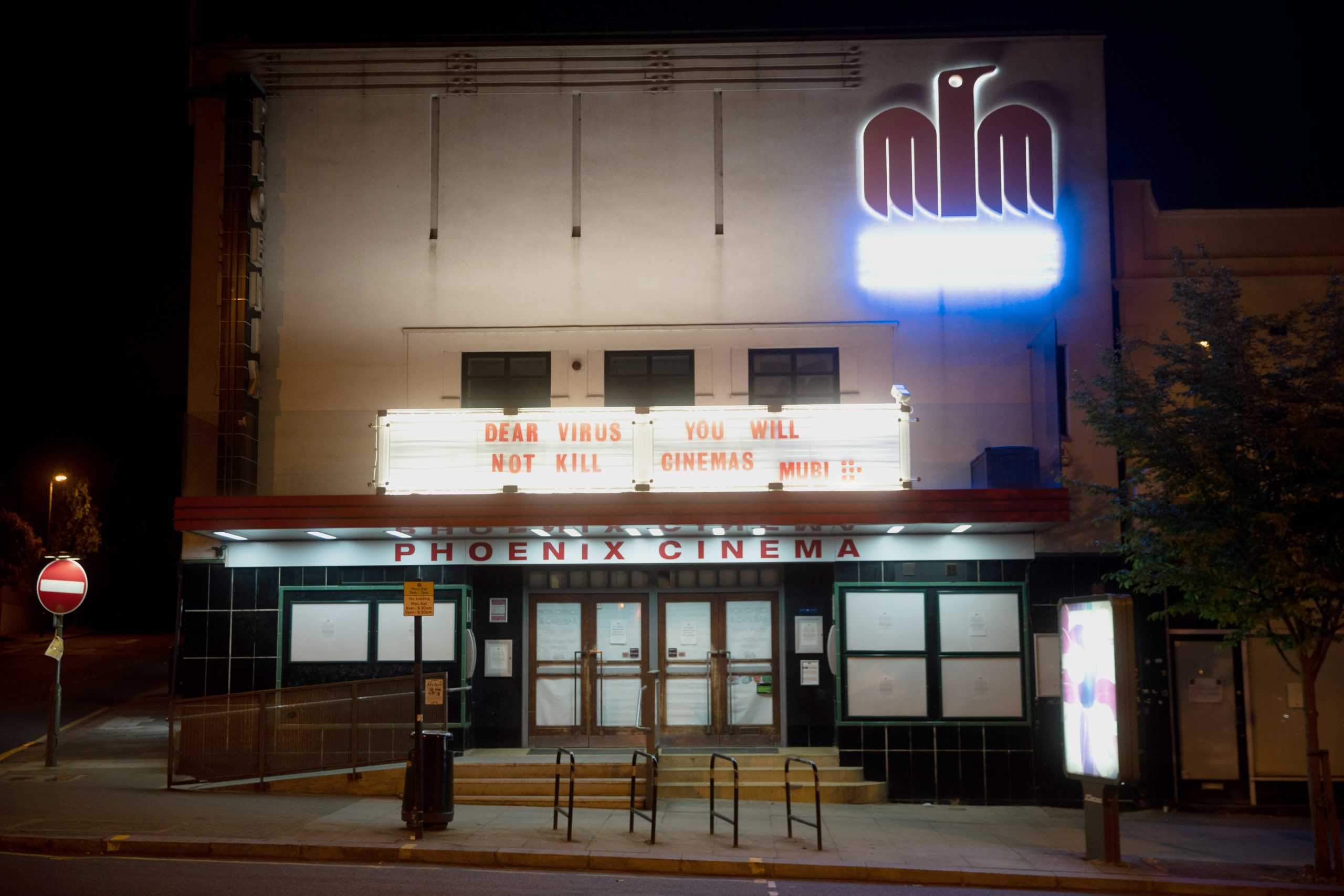 London, UK (April 29, 2020) – Curated streaming service and theatrical distributor MUBI has created a UK Cinema Fund to help support the exhibition sector across the UK impacted by the coronavirus pandemic.

The fund has been started with a £10,000 donation from MUBI, and the campaign aims to raise £100,000. The total raised will be donated to the BFI FAN COVID-19 Resilience Fund, which was set up this month by the BFI and its UK wide BFI Film Audience Network (FAN) to offer critical relief and business continuity to exhibitors across the UK.

Donations will be used to support independent cinemas, film festivals and other organisations whose mission to bring fantastic cinema to audiences across the UK is now impossible due to the COVID-19 pandemic. Many of these small and medium sized businesses are now facing permanent closure. These organisations will range in scale and type but they all share a passion for the best and broadest in UK and world cinema.

To raise awareness of the initiative and drive further support, MUBI has collaborated with cinemas across London to hire their marquees to display a defiant message of solidarity. Cinema partners include the Phoenix Cinema, which was built in 1910, the family-run Genesis Cinema, which has been central to the arts community since the mid-nineteenth century, the Grade II listed Rio Cinema and Catford Mews, which only opened seven months ago and quickly established itself as a key community cinema.

Efe Cakarel, Founder and CEO of MUBI said “Cinemas and their staff are our partners, friends and colleagues. We have been working closely with UK festivals and cinemas for years and have been deeply saddened seeing the impact of the closures. We want to support them in any way we can during this incredibly difficult time, because we can’t imagine a world without them. We hope this fund gives them some of the support they need to reopen as soon as it’s possible.”

Ian Wild, CEO of Showroom Workstation said “In these unprecedented circumstances it is heartening to see MUBI support the independent exhibition sector with this initiative. We hope that the fund reaches its target to help us provide more vital support through the BFI FAN Resilience Fund.”

The fundraising campaign runs until Monday 25 May 2020 and the webpage for the fund is now open to donations from anyone that wants to contribute here: https://www.gofundme.com/dearvirus

About MUBI
MUBI is a curated streaming service. An ever-changing collection of hand-picked films. From new directors to award-winners. From everywhere on earth. Beautiful, interesting, incredible movies — a new one, every single day. Always chosen by us. MUBI is available to watch in 190 countries, and the films we pick are guided by local cultures and cinema. We are the world’s biggest community of film-lovers, with over 9 million members around the globe. You can stream or download all our movies, anytime. On any screen or device, anywhere. And you’ll never see a single ad on MUBI. Ever. And with MUBI GO, our members also get a hand-picked cinema ticket, every single week, to see the best new films, in real cinemas.

Subscription plans are £9.99 a month or £95.88 for 12 months. MUBI is available on the web, Roku devices, Amazon Fire TV, Apple TV, LG and Samsung Smart TVs, as well as on mobile devices including iPad, iPhone and Android. MUBI has offices in London, New York, Kuala Lumpur, and Mumbai.

BFI FAN – a unique collaboration of eight Film Hubs managed by leading film organisations across the UK – is offering emergency relief for small and medium sized audience facing organisations with a particular focus on venue based exhibitors. The Fund, which initially made £1.3m of repurposed National Lottery funding available, is being administered through each of the Film Hubs. www.bfi.org.uk/fanresiliencefund

Supported by National Lottery funding, the BFI Film Audience Network (FAN), is central to the BFI’s aim to ensure the greatest choice of film is available for everyone. Established in 2012 to build wider and more diverse UK cinema audiences for British and international film, FAN is a unique, UK-wide collaboration made up of eight Hubs managed by leading film organisations and venues strategically placed around the country. FAN also supports talent development with BFI NETWORK Talent Executives in each of the English Hubs, with a mission to discover and support talented writers, directors and producers at the start of their careers.

The BFI is the UK’s lead organisation for film, television and the moving image. It is a distributor of National Lottery funding and a cultural charity that:
– Curates and presents the greatest international public programme of world cinema for audiences; in cinemas, at festivals and online
– Cares for the BFI National Archive – the most significant film and television archive in the world
– Actively seeks out and supports the next generation of filmmakers
– Works with Government and industry to make the UK the most creatively exciting and prosperous place to make film internationally

Founded in 1933, the BFI is a registered charity governed by Royal Charter. The BFI Board of Governors is chaired by Josh Berger CBE.