Moviegoers Send Over 200,000 Letters to Congress Through #SaveYourCinema Campaign 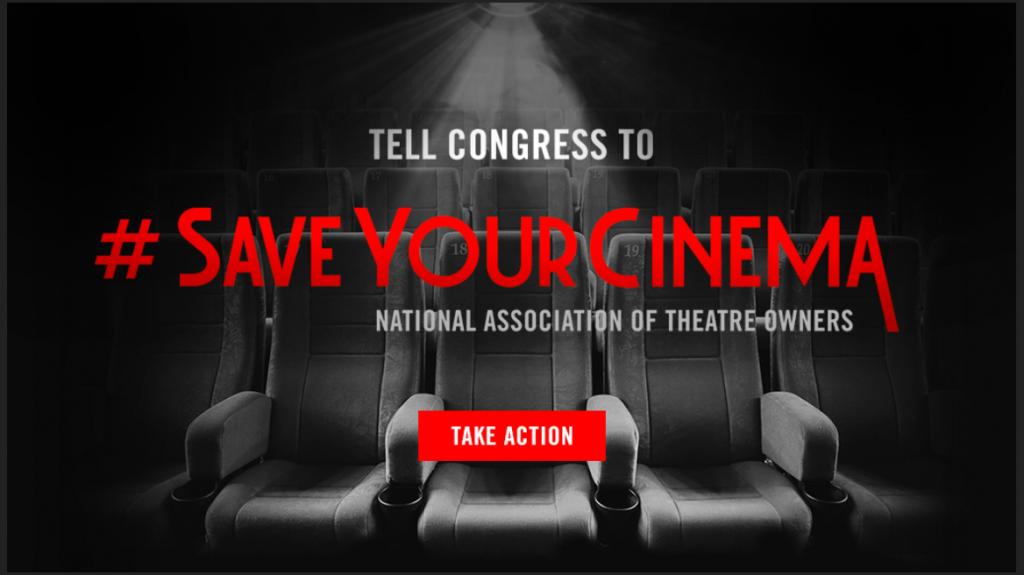 The National Association of Theatre Owners’ #SaveYourCinema campaign has inspired moviegoers across the country to send over 200,000 letters to Congress in support of more relief measures for cinemas of all sizes.

Launched in mid-July, the campaign urges Congress to enact the RESTART Act (S. 3814/H.R. 7481), which will give movie theaters access to partially forgivable seven-year loans covering six months of expenses. The RESTART Act will serve as a lifeline for theaters that have been left behind by existing loan programs. The campaign also presses the Treasury and the Federal Reserve to implement more relief programs under the CARES Act that help theaters of all sizes.

Movie theaters in the United States employ over 150,000 people, many of which are vulnerable individuals underrepresented in the workforce, including young people and people with disabilities.

“The passionate response to this campaign has exceeded our expectations, and this week is especially crucial for moviegoers across the country to show support,” says Esther Baruh, Director of Government Relations for NATO. “Theaters are the beating hearts of the communities they serve. They drive local economies and boost neighborhood businesses. But without more help from Congress, we fear for the future of the industry.”