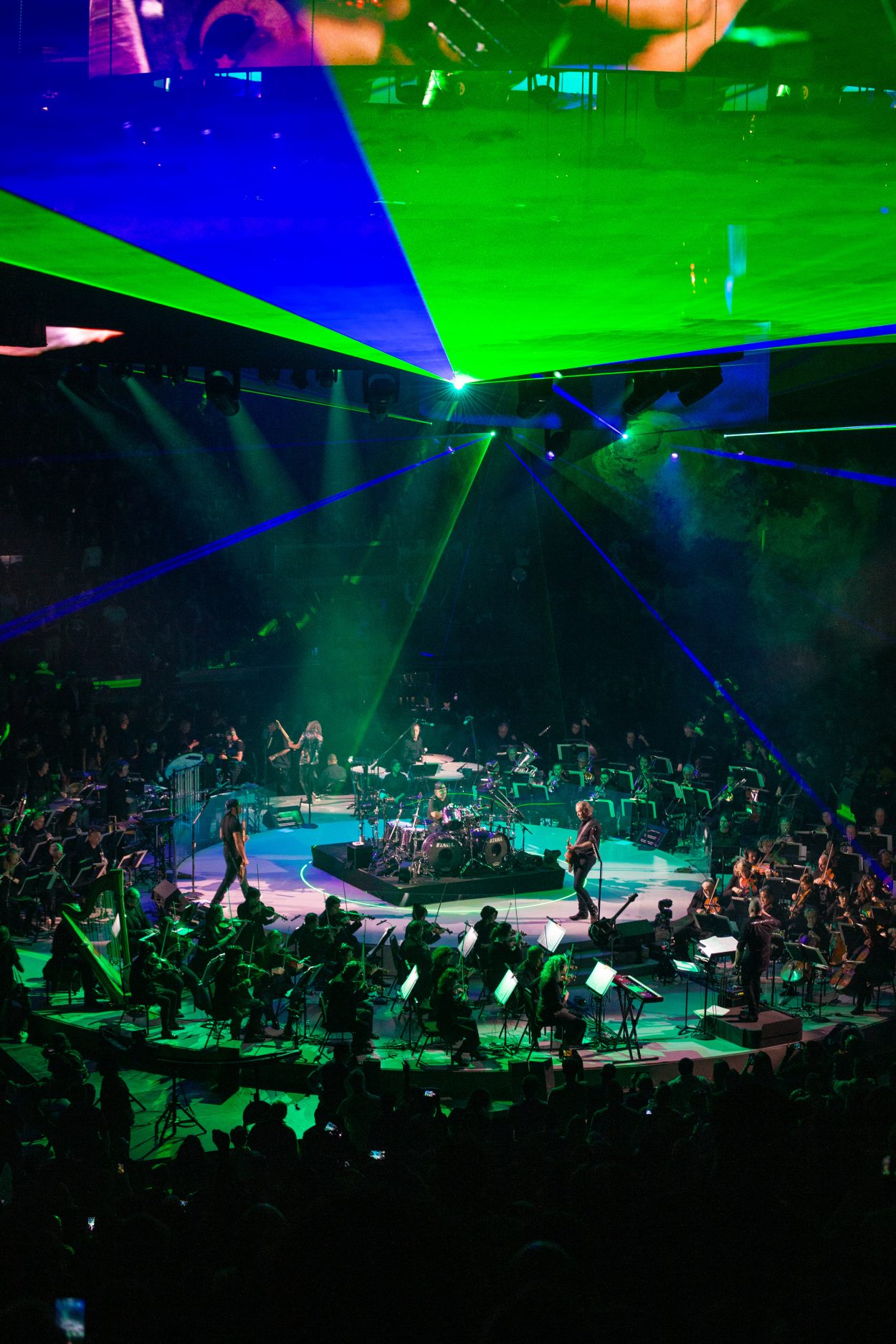 Returns to Theaters Around the World on October 30

Following last week’s international release of “Metallica and San Francisco Symphony: S&M2”, the film has cemented itself as the largest ever global rock event cinema release having earned $5.5m at the box office across 95+ countries in 3,700+ cinemas worldwide. Trafalgar Releasing are now pleased to announce that due to the success and continued fan demand, the film will be returning for one more night worldwide on October 30.

2019’s S&M2 concerts featured Metallica reuniting with San Francisco Symphony for the first time since the original S&M performances in 1999 documented by the Grammy-winning live album S&M –plus the first-ever Metallica/SF Symphony renditions of songs written and released since those shows. Filmed over the two sold-out Metallica shows that opened the Chase Center—the new 18,064-seat arena in San Francisco–“Metallica and San Francisco Symphony: S&M2” captures more than two and a half hours of James Hetfield, Lars Ulrich, Kirk Hammett and Robert Trujillo joining forces with the nearly 80-strong SF Symphony, with a special appearance by legendary conductor Michael Tilson Thomas.

Marc Allenby, CEO of Trafalgar Releasing has said on the success: “The S&M2 shows illustrated the immense power of the iconic collaboration between Metallica and San Francisco Symphony, from the critical and audience acclaim, to the box office results in cinemas worldwide, this film truly exemplifies the power of bringing fans together around the world via the big screen.”

Tickets for the encore screening on October 30 will be on sale from tomorrow at cinemas worldwide. More information can be found at metallica.film.

About Metallica
Formed in 1981 by drummer Lars Ulrich and guitarist/vocalist James Hetfield, Metallica has become one of the most influential and commercially successful rock bands in history, having sold nearly 120 million albums worldwide and generating nearly 9 billion streams while playing to millions of fans on literally all seven continents. The band’s several multi-platinum albums include “Kill ‘em All”, “Ride The Lightning”, “Master of Puppets”, “… And Justice for All”, “Metallica” (commonly referred to as “The Black Album”), “Load”, “Reload”, “St. Anger”, “Death Magnetic”, and most recently “Hardwired…to Self-Destruct”, released in November 2016 and charting at #1 in 32 countries.

Metallica’s numerous awards and accolades include nine Grammy Awards, two American Music Awards, and multiple MTV Video Music Awards, and induction into the Rock & Roll Hall of Fame in 2009. In June of 2018, the band was awarded one of the most prestigious musical honors in the world: Sweden’s Polar Music Prize. Metallica is currently in the midst of its WorldWired tour, which began in 2016 and is scheduled to continue through 2020.