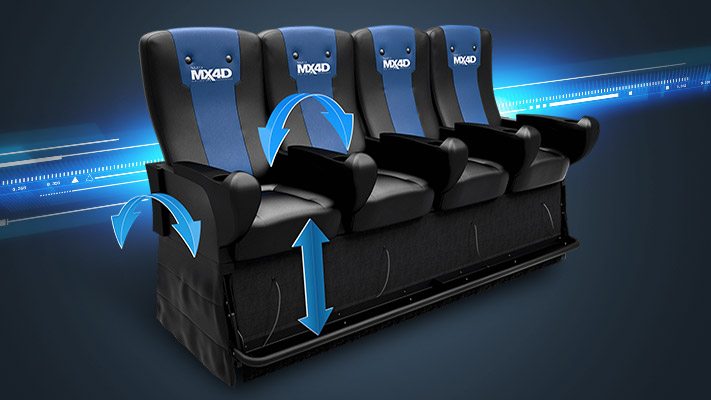 Hollywood Esports, LLC and MediaMation, Inc. partner to build its second MX4D Esports Theatre to be located in Chicago

The new MX4D Esports Theatre in Hollywood was designed to convert between “Cinema Mode” and “Esports Mode” in under one hour, allowing cinema operators to enjoy dual revenue streams from MX4D films and then the quick conversion of the theatre to support the specialized needs of esports tournaments and events. “We are honored to be partnering with Cinemas Entertainment to build and operate this leading-edge esports theatre in downtown Chicago,” said Robert K. Laity, CEO of Hollywood Esports.

Mr. Henry Leong, President & CEO of Cinemas Entertainment commented, “Cinema owners are exploring new ways to appeal to our customers and as esports continues its rapid expansion in the US, cinemas have a unique ability to host weekly events and tournaments through Hollywood Esports utilizing MediaMation’s innovative esports venue technology. We look forward to offering players, spectators and fans in Chicago a unique and immersive place to enjoy esports events in our new MX4D Esports Theatre.” The Chicago metropolitan area is home to a population of more than 9.5 million people and has a number of highly successful esports organizations and enthusiasts.

The first Hollywood Esports MX4D Esports Theatre location is located at the iconic TCL Chinese Theatres. It was completed in late 2017 and opened with the launch of Wargaming’s World of Tanks North American Championship esports event in November. Through Hollywood Esports, the TCL Chinese Theatres has been hosting a weekly series of tournaments, events and viewing parties during the weekdays. Alwyn Kushner, President & COO of TCL Chinese Theatres, said “Hollywood Esports has built a loyal following of fans, players, and spectators who are attending weekly events primarily during Mondays, Tuesdays and Wednesdays. We have seen our theatre attract a crowd of over 100 enthusiasts coming to the theatre on weekday nights to participate in events. It’s nice to see the fans, many of whom are driving more than 30 miles, come to these events to both spectate and play.”

MMI has been building immersive high-tech theatres for over 25 years. Dan Jamele, Co-Founder and CITO explains, “MMI’s MX4D Esports Theatre starts with the company’s motion and special effects technology and adds an innovative package of patent-pending features that are designed to support esports.”

“This is one of the most advanced and innovative movie theatres I’ve ever seen. It creates an interactive experience that brings the esports content and audience together through the use of motion and special effects. This takes being an esports spectator to the next level,” said Kevin Winston, editor of Digital LA, a well-known technology blogger covering a range of advances in innovation. As spectators and gamers watch a tournament, a “game jockey” animates the entire auditorium with motion and special effects in response to the tournament action on the screen. Spectators enjoy over a dozen special effects that punctuate key points in the game play.

“Hollywood Esports adds value to our expanding network of MX4D® Esports Theatres by developing and managing tournaments and events that appeal to the gaming community. Our focus is to create esports events with game publishers and tournament organizers that we can scale across the network of MX4D® Esports Theatres and manage along with our cinema partners,” added Mr. Laity. “Most importantly, we want to create a sense of a home town community of gamers who come together at weekly events to compete, spectate and socialize. We want to create a network of locations that becomes the place for gamers to meet and share their passion for gaming, tournaments and spectating. We want a place they feel belongs to their local gaming community. The common technical infrastructure that MMI has built creates consistency across the planned 50 MX4D® Esports Theatre locations and allows cities and locations to host events easily at low cost.”

About MediaMation, Inc.:
For over 25 years, MediaMation, Inc. has provided innovative technological solutions to the Cinema and Themed Entertainment market and has expanded to the Esports industry in 2017. MediaMation is an interactive technology company and a worldwide, leading supplier and manufacturer of patented technology for 4D/5D Motion EFX theatres and seats, including its MX4D® Motion EFX technology, with over 300 installations worldwide. MediaMation also designs and implements turnkey creative solutions for complex shows, rides, exhibits, fountain shows, etc. for theme parks, zoos, aquariums, museums, cinemas and FECs.