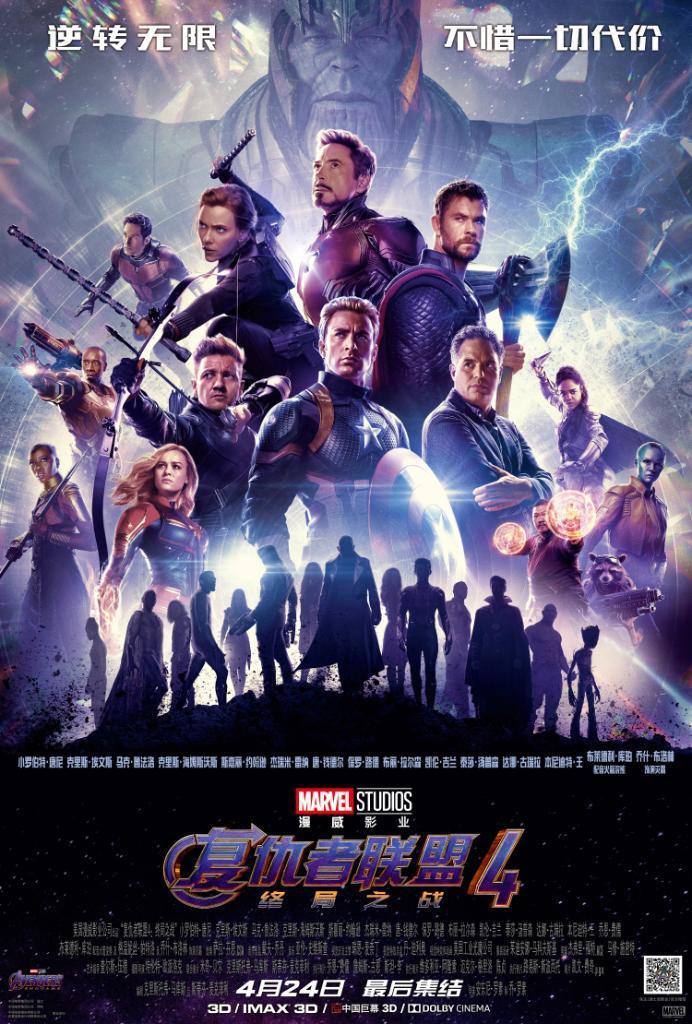 “Avengers: Endgame continues to surpass our expectations at every turn during its historic IMAX run in China. We would like to send an enormous congratulations to the China teams of Disney and Marvel Studios, as well as our appreciation to IMAX and Marvel fans across the country for being a part of this phenomenon,” said President, IMAX Entertainment, Megan Colligan. “Following one of our best box office quarters ever and these record-breaking Avengers results, 2019 is off to an incredible start as audiences seek out IMAX for an unmatched experience that no one else can deliver.”

Directors Joe and Anthony Russo designed Avengers: Endgame for IMAX by capturing the entire film with IMAX cameras, marking the second Hollywood film in history to achieve this milestone, the first being Avengers: Infinity War. Exclusively in IMAX, the film expands vertically to show up to 26% more picture – providing audiences with even greater scope and breathtaking quality for a truly unparalleled experience.

IMAX China is a subsidiary of IMAX Corporation, and is incorporated under the laws of Cayman Islands. IMAX China was established by IMAX Corporation specifically to oversee the expansion of IMAX’s business throughout Greater China. IMAX China trades on the Hong Kong Stock Exchange under the stock code “HK.1970.”

IMAX is headquartered in New York, Toronto and Los Angeles, with additional offices in London, Dublin, Tokyo, and Shanghai. As of March 31, 2019, there were 1,514 IMAX theater systems (1,420 commercial multiplexes, 14 commercial destinations, 80 institutional) operating in 81 countries. On Oct. 8, 2015, shares of IMAX China, a subsidiary of IMAX Corp., began trading on the Hong Kong Stock Exchange under the stock code “HK.1970.”