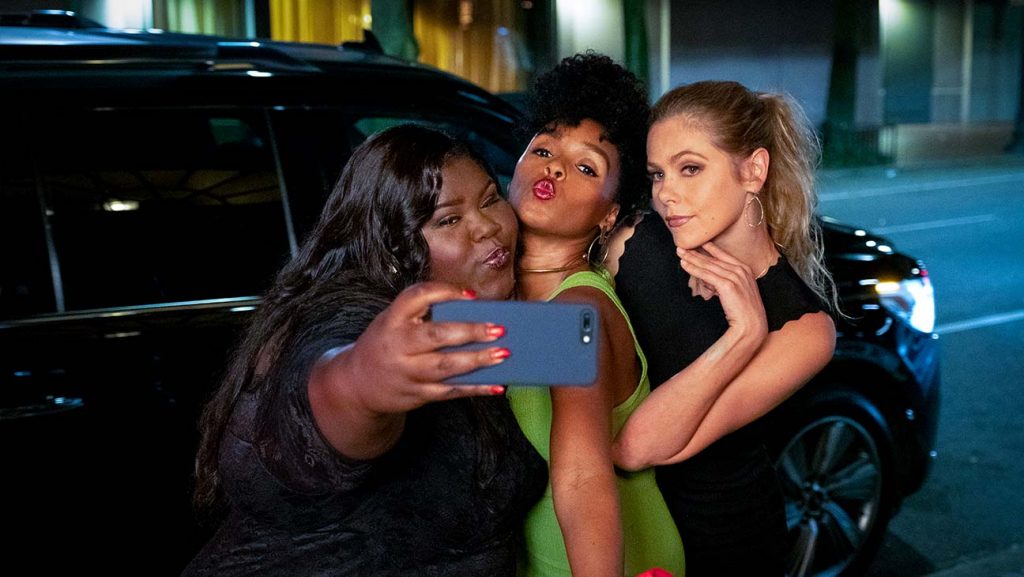 Global content leader Lionsgate (NYSE: LGF.A, LGF.B) today announced that the studio has slated the worldwide theatrical release of “Antebellum,” the highly anticipated first film from the groundbreaking writing/directing team of Gerard Bush and Christopher Renz, for August 21, 2020. In advance of that release, the studio has inked a deal for the duo’s next film, “Rapture.” The announcement was made today by Nathan Kahane, President of the Lionsgate Motion Picture Group and Erin Westerman, President of Motion Picture Production for the studio.

Lionsgate made the deal for “Rapture after a highly competitive bidding situation erupted for the material. Bush + Renz have written a short story that will form the basis of their original screenplay. “Rapture” will be their next project as writer/directors; they will begin writing the screenplay immediately.

QC Entertainment’s (“Us,” “BlacKkKlansman,” “Get Out”) Sean McKittrick and Raymond Mansfield, who alongside Bush + Renz, Lionsgate and Zev Foreman produced Antebellum, will reunite to produce Rapture. Gerard Bush and Christopher Renz will also produce. Zev Foreman will serve as executive producer. QC’s Ted Hamm and Maya Rodrigo will executive produce and co-produce, respectively. Jim Miller and Aaron Edmonds will oversee the project for Lionsgate.

“Rapture” is a mind-bending nightmare of Biblical proportions in which a family is torn apart by warring beliefs and must come together to unravel the mystery around the sudden vanishing of the global population – before it’s too late.

Commenting on the announcement, Kahane said, “We could not be more excited to release Bush + Renz’s ‘Antebellum’ on August 21. After the amazing experience of collaborating on that film, we’re excited to build a second film with these prolific and daring auteurs. Like with everything they do, ‘Rapture’ will be beautiful, evocative and will pierce through the clutter, and we’re certain it will spark many important conversations. They are the kind of voices we need right now. We couldn’t be more proud to be working with them along with Sean McKittrick and Raymond Mansfield at QC Entertainment and Zev Foreman as we bring their films to audiences everywhere.”

Bush + Renz said: “In Lionsgate, we could not wish for more committed studio partners than Joe Drake, Nathan Kahane, Damon Wolf and their teams, who demonstrated their support of our vision as artists and filmmakers at every juncture of the development and production process with ‘Antebellum.’ We look forward to continuing our efforts in collaboration, to redefine the theatrical experience for the moviegoing audience with our next project, ‘Rapture.’”

“We are thrilled to join our industry and exhibitor partners as we begin to plan for a return to moviegoing,” said David Spitz, President of Worldwide Theatrical Distribution for Lionsgate. “With tentpole movies from major distributors, like Warner Bros.’ ‘Tenet’ and ‘Wonder Woman 1984,’ and Disney’s ‘Mulan,’ all lined up for late summer, we believe that by August 21, audiences will be eager for the distinctive, unique story and voice of these groundbreaking filmmakers’ debut, ‘Antebellum.’ Like those films, ‘Antebellum’ is a movie that demands to be seen and experienced in a theater.”

About Lionsgate
The first major new studio in decades, Lionsgate is a global content leader whose films, television series, digital products and linear and over-the-top platforms reach next generation audiences around the world. Lionsgate film and television properties also support a global network of location-based entertainment and other branded attractions as well as a robust video game business. Lionsgate’s content initiatives are backed by a nearly 17,000-title film and television library and delivered through a global sales and distribution infrastructure. The Lionsgate brand is synonymous with original, daring and ground-breaking content created with special emphasis on the evolving patterns and diverse composition of the Company’s worldwide consumer base.

About QC Entertainment
Since launching in 2015, QC—standing for Quality Control—quickly has become a go-to company for financing and producing distinct, character-based, director-driven films.

QC Entertainment was behind two of the most talked about recent films – Get Out and BlacKkKlansman — and back to back Academy Award nominated Best Picture nominees.

Other recent QC projects include: QC produced and financed the Ike Barinholtz feature film, The Oath, a sharp-witted reinvention of the traditional holiday comedy for our division political times; Zoe Lister-Jones’ directorial debut Band Aid starring Lister-Jones, Adam Pally and Fred Armisen and produced with an all-female crew, which QC financed, produced and handled sales for the film’s distribution deal with IFC Films for North America and Sony Pictures Worldwide Acquisitions following its 2017 Sundance Film Festival World Premiere in the U.S. Dramatic Competition section; Pride & Prejudice & Zombies written and directed by Burr Steers, a fresh twist on Jane Austin’s classic, that was released by Screen Gems; and A Futile & Stupid Gesture directed by David Wain and starring Will Forte, Domhnall Gleeson and Joel McHale, which was released by Netflix following its World Premiere at the 2018 Sundance Film Festival.