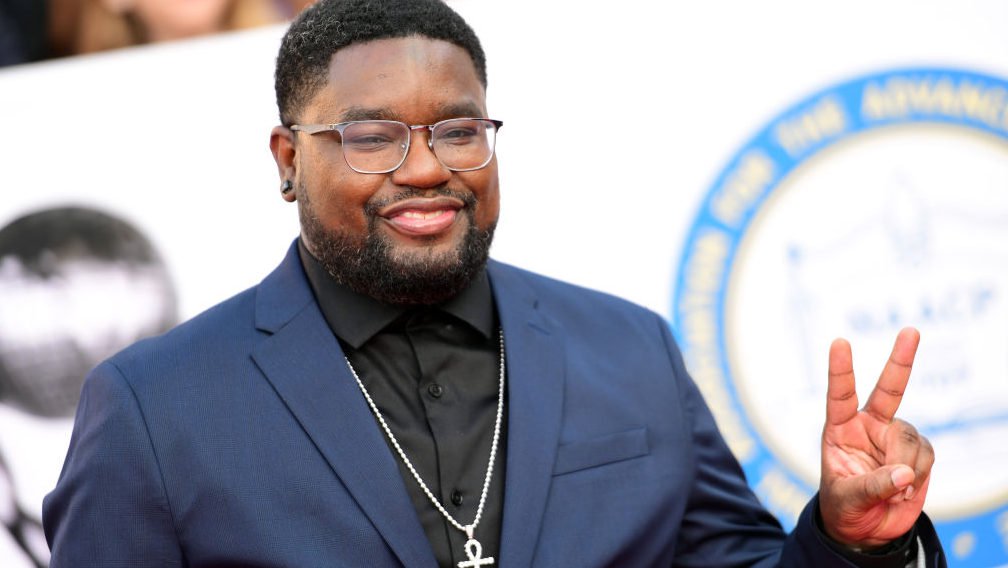 Lil Rel Howery will receive the “CinemaCon Breakthrough Performer of the Year Award,” it was announced today by Mitch Neuhauser, Managing Director of CinemaCon. CinemaCon, the official convention of The National Association of Theatre Owners (NATO), will be held April 23-26, 2018 at Caesars Palace in Las Vegas. Howery will be presented with this special honor at the “CinemaCon Big Screen Achievement Awards” ceremony taking place on the evening of Thursday, April 26, at The Colosseum at Caesars Palace, hosted by the Coca-Cola Company, the official presenting sponsor of CinemaCon.

“With his scene stealing performance in last year’s ‘Get Out,’ Howery has put Hollywood on notice with a talent and onscreen presence that is undeniable,” noted Neuhauser. “With his first leading role in Lionsgate’s upcoming ‘Uncle Drew,’ Howery will continue to make audiences laugh and we could not be more excited to honor him as this year’s ‘CinemaCon Breakthrough Performer.’”

Howery can be seen this summer starring in “Uncle Drew” to be released on June 29 on Lionsgate’s Summit Entertainment label, and produced by Temple Hill in association with Pepsi Productions. After draining his life savings to enter a team in the Rucker Classic street ball tournament in Harlem, Dax (Howery) is dealt a series of unfortunate setbacks, including losing his team to his longtime rival (Nick Kroll). Desperate to win the tournament and the cash prize, Dax stumbles upon the man, the myth, the legend Uncle Drew (Kyrie Irving) and convinces him to return to the court one more time. The two men embark on a road trip to round up Drew’s old basketball squad (Shaquille O’Neal, Chris Webber, Reggie Miller, Nate Robinson and Lisa Leslie) and prove that a group of seniors can still win the big one.

Comedian, actor, writer and producer Howery first came to audience’s attention starring in the critically acclaimed comedy series “The Carmichael Show,” and the weekly sketch comedy “Friends of the People.” He currently guest stars in the comedy series “Insecure” and will star in “Rel” a comedy series for Fox loosely based on his life. His first hour long standup special “RELevent” premiered in 2015 and was produced by Kevin Hart. Howery is currently in production on the independent film “Brittany Runs a Marathon,” and the two-part miniseries “The Bobby Brown Story.” He will also be seen in “Bird Box” with Sandra Bullock and “Lucky Larry.”