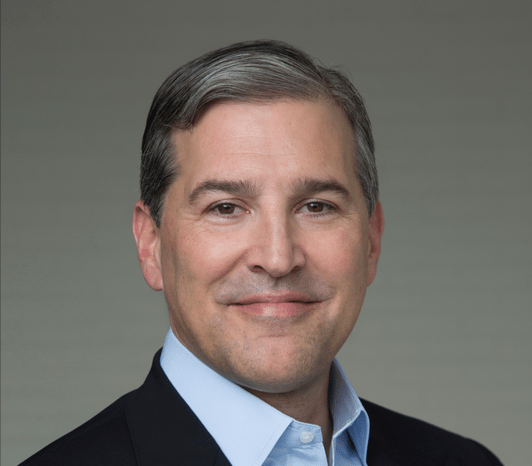 Joshua Grode has been appointed as Legendary Entertainment’s new CEO. Grode, a longtime advisor to Wanda, joins Legendary from Irell & Manella where he was a partner in the Los Angeles office and co-chair of the firm’s Transactions Practice. Throughout his career Grode has served as a key strategic, financial and deal making partner to industry leaders and businesses such as A24, Lionsgate, Marvel, Miramax, Summit Entertainment, Bank of America, Comerica Bank, Union Bank, and The Academy of Motion Picture Arts and Sciences.

In his new role as Legendary CEO, Grode will be charged with establishing the strategy for expanding Legendary’s existing business, leveraging the assets of its largest shareholder, Wanda Group, and its various divisions and affiliates around the world. Grode will work closely with Mary Parent, Vice Chairman of Worldwide Production.

“Having received numerous solicitations throughout my legal career, it is the quality of the people at Wanda, Chairman Wang and Lincoln Zhang, and at Legendary, specifically Mary Parent and her unrivaled creative expertise, combined with their collective determination to transform Legendary into a next generation studio, that has convinced me that this is a unique opportunity,” said Grode.

He continued: “Legendary now has an extremely strong balance sheet with significant excess cash, that financial strength combined with Wanda’s commitment to Legendary both financially and through the access and support of its assets across all of its businesses plus Mary’s creative vision, creates a unique opportunity to build a media company that is purpose built to capitalize on the future of the entertainment business. Deciding to leave Irell & Manella and my partners there was a difficult decision. It is a firm that is unique in this day and age for its commitment to excellence and dedication to the personal and professional growth of its lawyers. I look forward to working with them in the client capacity as they will continue provide world-class legal services to the media industry.”

“Josh is a longtime partner and advisor to Wanda, and most recently Legendary. His strong entertainment and financial acumen, relationships and understanding of the global growth opportunities that await Legendary will be indispensable,” said Lincoln Zhang.

Parent stated: “Josh has become my most significant thought partner on the content side of this business. I am thrilled to make our partnership official and look forward to building a business that is deep on quality and high on delivery over the years to come.”

Ellisen Turner, Irell & Manella’s incoming Managing Partner stated, “We are thrilled for our partner as he embarks on this exciting journey. Our firm has a deep roster of the best and brightest lawyers in the country who are committed to advising clients based on a deep understanding of their business and their goals. It is a testimony to the success of our approach when clients look to Irell when filling their most important leadership positions. We look forward to supporting Josh on his new endeavor and continuing to support Legendry’s remarkable growth and success.”

Over the past 12 months, Grode has been integral in transforming Legendary’s financial and operating plan. Legendary is now financially stronger than it has been at any point in its history, plus Grode identified new executive management including the recently appointed CFO, Ron Hohauser, and head of Human Resources, Haylen van Koppen. The appointment of Grode to CEO follows a planned departure of former CEO Thomas Tull, who left the company last January.

Grode comes to Legendary Entertainment with decades of expertise that spans mergers and acquisitions, equity and debt financings, including structured debt financings, and day-to-day corporate governance matters. Throughout his career Grode regularly facilitated film, TV and video game financing and mergers and acquisitions, including representing and advising Dalian Wanda Group Co., Ltd. In the $3.5-billion purchase of Legendary Entertainment, developing the business plan and structuring the formation and capitalization of Summit Entertainment and its subsequent sale to Lionsgate, the Academy of Motion Picture Arts and Sciences issuance of $341 million of tax-exempt “Oscar Bonds” to finance the construction of the Academy Museum of Motion Pictures, Colony Capital in its $600 million+ purchase of Miramax Films from Disney, the development of its library monetization strategy and its subsequent sale to beIn Sports, and Marvel Entertainment in the development and execution of its strategy to transform Marvel into a studio culminating in its $500-million senior and subordinated debt film financing. Grode’s clients also included most every bank that is active in the entertainment business including Bank of America, Union Bank, Comerica Bank, and First Republic Bank as well as private equity firms such as Colony Capital and Media Content Capital.

Legendary currently has four films in various phases of production including PACIFIC RIM UPRISING, GODZILLA: KING OF THE MONSTERS, SKYSCRAPER and DETECTIVE PIKACHU, along with a robust next wave including tent poles such as GODZILLA VS. KONG and DUNE. Legendary also produced and financed Alejandro G. In?a?rritu’s CARNE Y ARENA, which just received a special Oscar honor that previously hadn’t been awarded in 22 years.

Legendary Television produces and distributes innovative top quality content for all platforms worldwide. The studio’s roster includes the upcoming reboot of the classic family adventure series “Lost in Space” for Netflix; “The Looming Tower” based on Lawrence Wright’s Pulitzer Prize-winning book on the events leading up to 9/11, directed by Alex Gibney and adapted by Daniel Futterman for Hulu; and “Carnival Row,” a fantasy noir drama starring Orlando Bloom and Cara Delevingne, from Rene Echevarria & Travis Beacham for Amazon. The third season of Legendary Television’s critically acclaimed science-fiction drama “Colony,” co-created by Carlton Cuse, is currently in production for USA Network. Two seasons of “LOVE,” a critically acclaimed relationship comedy from Judd Apatow, are now available exclusively on Netflix, with a third season in post-production.

Legendary Entertainment is a leading media company with film (Legendary Pictures), television and digital (Legendary Television and Digital Media) and comics (Legendary Comics) divisions dedicated to owning, producing and delivering content to worldwide audiences. Legendary has built a library of marquee media properties and has established itself as a trusted brand which consistently delivers high-quality, commercial entertainment including some of the world’s most popular intellectual property. In aggregate, Legendary Pictures-associated productions have realized grosses of more than $14 billion worldwide at the box office. To learn more visit:www.legendary.com