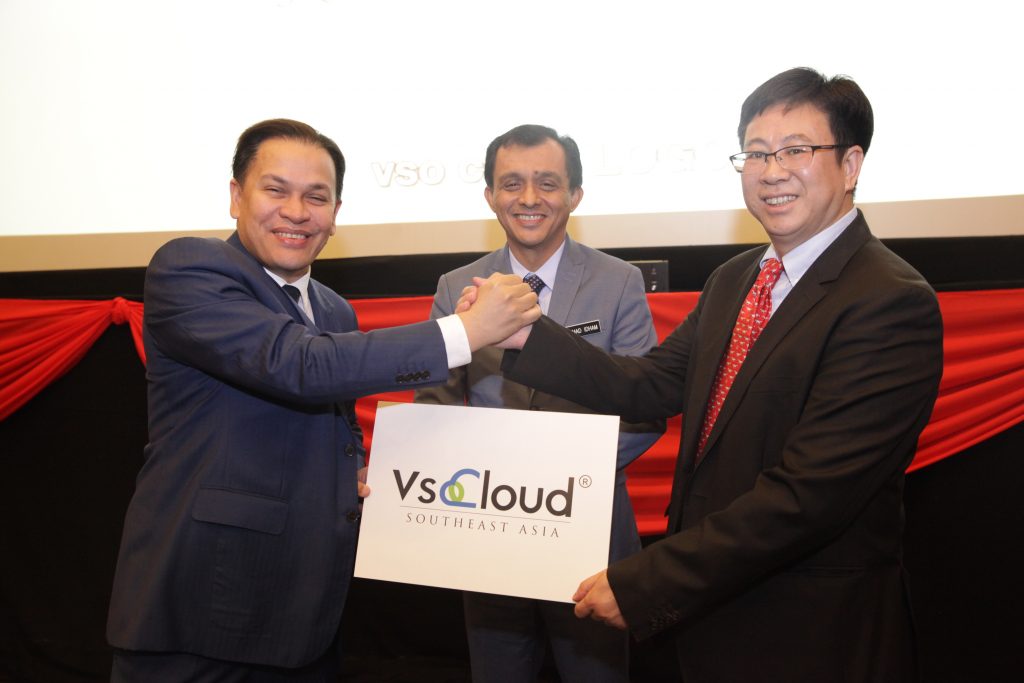 China is set to become the biggest film market in the world by 2020, whereby China’s film industry has become more developed with the recent successful Chinese productions on film/TV and animation. Malaysia as the key production and post-production hub as well as a digital economic center in Southeast Asia, will play a more strategic role as a bridge between the creative industries alongside Belt and Road countries. In order to contribute to the growing creative demands and benefit from regional partnerships, Prodigital Lab Sdn Bhd, a member of the KRU Group, and VSOCloud, China’s leading technology company that provides total solutions to rendering, production crowdsourcing and production management, have signed an agreement to form a joint venture company to provide first Golden Farm high end computing render farm services to support film, animation and other creative fields in Malaysia and other ASEAN countries. The joint venture company will also promote co-production and VSOCloud‘s Agile Shot® production process management solutions in the region.

The company named as VSOCloud Southeast Asia Sdn Bhd will be based at KRU HQ, Technology Park Malaysia, Bukit Jalil, Kuala Lumpur and shall commence operations on the 1st July 2019. VSOCloud Southeast Asia will be the first Malaysian Commercial rendering service provider for studios in the region and will also carry VSO’s China Crowd-Sourcing platform catered for ASEAN appetite, and targeting the creative and entertainment market throughout South East Asia.

According to Dato’ Norman Abdul Halim, President of KRU Group of Companies “In 2018, VSO supported us to complete our animation film “Wheely”, which was released in over 80 countries around the world with their high-end rendering services on very short production timeline and affordable price. We are very excited to be part of VSO’s expansion in South East Asia and believe that this will open new opportunities for Malaysian content creators to penetrate China’s market in terms of post-production support, crowd-sourcing activities, distribution and also investors.

VSO Cloud’s Chairman Dr. Lu echoes the same enthusiasm as Dr. Lu states “VSO has been supporting the Malaysian film and animation industry for years, by providing world class rendering service from China. Malaysia has great creative talent and provides production services to a lot of international studios. We have always been looking to establish a presence in Malaysia in
the areas of rendering and production sourcing with a local partner. KRU is very experienced and connected with the creative industry in the region, and we share same vision to empower the industry with innovative technology and collaborative synergy between China and Southeast Asia. We believe with KRU’s knowledge and strong support from VSO China, the newborn VSOCloud Southeast Asia will have a bright future that will also benefit everyone in the region.”

“This is the beginning of an exciting new era for the Malaysian Animation/film industry, and marks a significant milestone between Malaysia-China relationship. The high-end rendering services is very much needed to deliver world-class visual effects and animation content. We hope this relationship will expand to other forms of collaboration in areas of co-financing, coproduction and distribution” according to Ahmad Idham Ahmad Nadzri, Chief Executive Officer of FINAS.