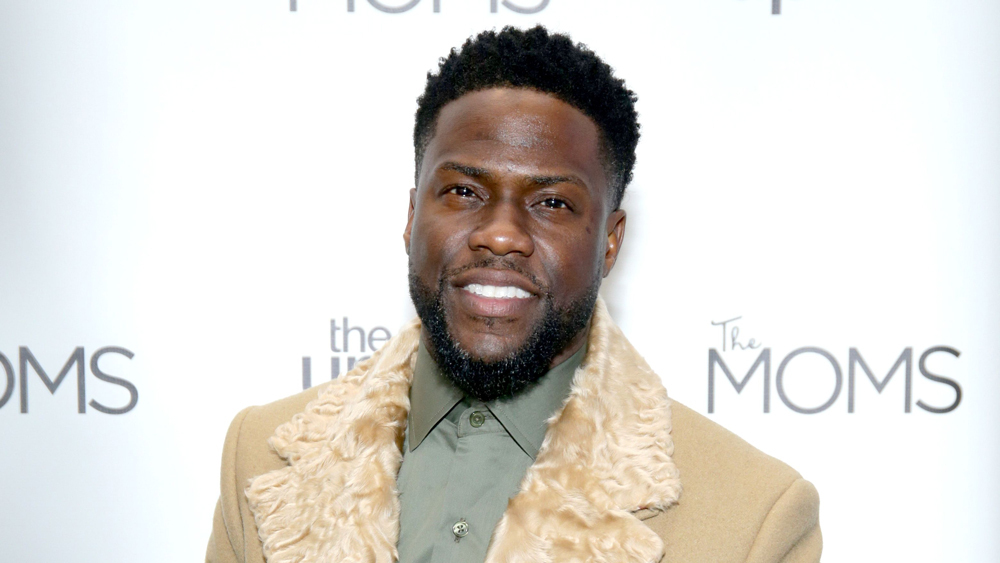 Kevin Hart will receive this year’s “CinemaCon International Star of the Year Award.” Mitch Neuhauser, Managing Director of CinemaCon, announced the award today. CinemaCon, the official convention of NATO, will be held April 1-4, 2019 at Caesars Palace in Las Vegas. Hart will be presented with this special honor at the “CinemaCon Big Screen Achievement Awards” ceremony taking place on the evening of Thursday, April 4, at The Colosseum at Caesars Palace, hosted by the Coca-Cola Company, the official presenting sponsor of CinemaCon.

“With his films continuously earning the top spot at the box office, Kevin Hart has brought some of the most entertaining comedic films to audiences around the world and continues to prove that he is one of the most dynamic and agile actors today,” noted Neuhauser. “With the upcoming release of ’The Secret Life of Pets 2,’ Hart will once again showcase his singular comedic brilliance as everyone’s favorite crazy-but-cute bunny, Snowball, all but guaranteeing that audiences around the globe will be flocking to theaters. We could not be more excited to present him with this year’s ‘CinemaCon International Star of the Year Award.’”

Hart’s voice will be heard this summer in Universal Pictures’ “The Secret Life of Pets 2,” which will arrive in theatres on June 7, 2019. Hart leads the returning lineup for the sequel to the blockbuster animated comedy about the lives our pets lead after we leave for work or school each day. Director Chris Renaud and writer Brian Lynch will return for the next chapter of the series, which will be produced by Illumination founder and CEO Chris Meledandri and his longtime collaborator Janet Healy. Harrison Ford, Tiffany Haddish, Pete Holmes, Garth Jennings, Nick Kroll and Patton Oswalt join the cast alongside returning cast members Lake Bell, Hannibal Buress, Dana Carvey, Ellie Kemper, Bobby Moynihan, Jenny Slate and Eric Stonestreet.

Hart began his career as a shoe salesman, when a performance at amateur night in a Philadelphia comedy club changed his life. After quitting his job, Hart began performing full time at comedy venues before his first appearance at the “Montreal Just for Laughs Comedy Festival” led him into roles in feature films. Most recently, Hart can be seen in “The Upside” which crossed the $100 million mark domestically, and “Night School” which had the highest opening weekend for a comedy in 2018. Additional film credits include, “Jumanji: Welcome to the Jungle,” “Central Intelligence,” “Ride Along 2,” “The Wedding Ringer,” “Get Hard,” “About Last Night,” “Think Like A Man,” and “The Five Year Engagement.” He is currently in production on the upcoming untitled “Jumanji” sequel.

Hart recently wrapped his global live standup comedy tour, “The Irresponsible Tour,” which will be available on Netflix on April 2. The tour is a follow- up to his highly successful “What Now” arena comedy tour which grossed $100 million worldwide and culminated in a performance to a sold-out crowd at Philadelphia’s NFL stadium. These tours continue his unbroken chain of successful tours including “Let Me Explain,” “Laugh at My Pain” and his comedy specials including “I’m a Grown Little Man, and “Seriously Funny.” His memoir I Can’t Make This Up: Life Lessons debuted at #1 on the New York Times Bestseller list and remained on the list for 10 consecutive weeks.