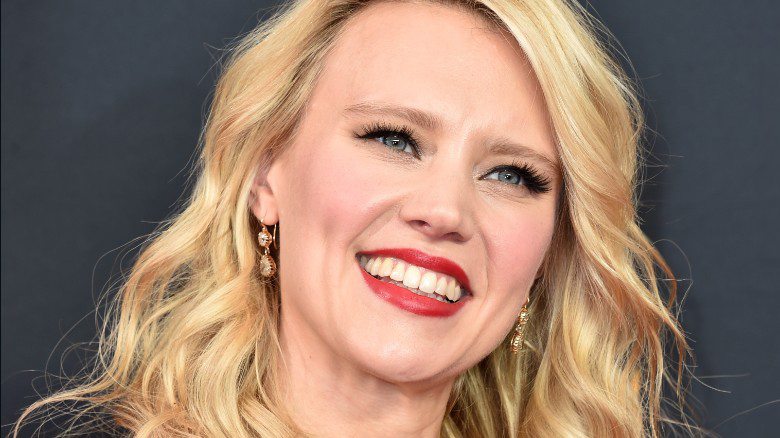 Kate McKinnon will receive the “CinemaCon Comedy Star of the Year Award,” it was announced today by CinemaCon Managing Director, Mitch Neuhauser. CinemaCon, the official convention of The National Association of Theatre Owners (NATO) will be held April 23-26, 2018 at Caesars Palace in Las Vegas. McKinnon will be presented with this special honor at the “CinemaCon Big Screen Achievement Awards” ceremony taking place on the evening of Thursday, April 26, at The Colosseum at Caesars Palace, hosted by the Coca-Cola Company, the official presenting sponsor of CinemaCon.

“From her show stopping and Emmy Award winning performances on ‘Saturday Night Live’ to her commanding performances on the big screen, Kate McKinnon has entertained audiences around the world with her hilarious brand of comedy,” noted Neuhauser. “We could not be more thrilled to present her with this year’s ‘CinemaCon Comedy Star of the Year Award.’”

McKinnon can be seen later this summer starring alongside Mila Kunis in “The Spy Who Dumped Me,” to be released by Lionsgate on August 3, 2018. Audrey (Kunis) and Morgan (McKinnon), are two thirty-year-old best friends in Los Angeles, who are thrust unexpectedly into an international conspiracy when Audrey’s ex-boyfriend, who was actually a spy, shows up at their apartment with a team of deadly assassins on his trail. Surprising even themselves, the duo jump into action, going on the run throughout Europe from assassins and a suspicious-but-charming British agent, as they hatch a plan to save the world. The film is produced by Imagine Entertainment’s Brian Grazer and Erica Huggins and marks the feature-film directorial debut of Susanna Fogel.

McKinnon has entertained millions of viewers with her critically acclaimed impressions of such notable public figures as Hillary Rodham Clinton, Jeff Sessions, Kellyanne Conway, Ellen DeGeneres and Supreme Court Justice Ruth Bader Ginsburg on “Saturday Night Live,” earning her two Emmy Awards, a Critics’ Choice Award and an American Comedy Award. Her most recent films include the reboot of “Ghostbusters,” “Rough Night,” and “Office Christmas Party.” In addition, she has lent her voice to the animated features “Angry Birds,” “Finding Dory,” and “Ferdinand” along with several series including “The Simpsons,” “Family Guy,” “Nature Cat,” and “The Magic School Bus Rides Again.”