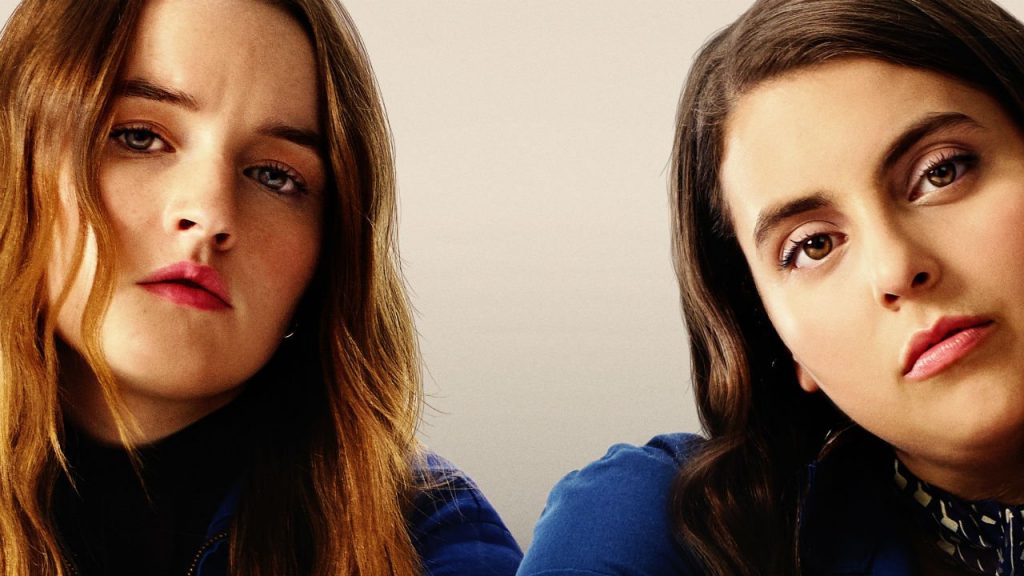 Dever & Feldstein to Star in “Booksmart” to be Released by United Artists Releasing on May 24, 2019

Kaitlyn Dever and Beanie Feldstein will receive this year’s “CinemaCon Female Stars of Tomorrow Award.” Mitch Neuhauser, Managing Director of CinemaCon, announced the award today. CinemaCon, the official convention of NATO, will be held April 1-4, 2019 at Caesars Palace in Las Vegas. Dever and Feldstein will be presented with this special honor at the “CinemaCon Big Screen Achievement Awards” ceremony taking place on the evening of Thursday, April 4, at The Colosseum at Caesars Palace, hosted by the Coca-Cola Company, the official presenting sponsor of CinemaCon.

“Based on the outstanding reviews of  ‘Booksmart’ out of SXSW, both Dever and Feldstein are poised to break out with their hilarious portrayal of two high school girls that set out to make some memories in the final night before graduation’” noted Neuhauser. “We are thrilled to be able to honor these two young talents with this year’s ‘Female Stars of Tomorrow Award.’”

Kaitlyn Dever and Beanie Feldstein will star in Olivia Wilde’s directorial debut “Booksmart” to be released on May 24, 2019 by United Artists Releasing. Told from a wildly original, fresh and modern perspective, “Booksmart” is an unfiltered comedy about high school friendships and the bonds we create that last a lifetime. “Booksmart” is produced by Annapurna and Gloria Sanchez, the female-focused production banner wing of Gary Sanchez Productions.

In addition to “Booksmart,” Dever stars on the big screen this summer in the Sundance breakout “Them That Follow,” and on the small screen in the leading role in the limited series “Unbelievable,” based on a true story of a young woman charged with lying about her rape.  Last year, Dever had supporting roles in “The Front Runner,” “Beautiful Boy” and “Outside In.” Along with her breakout role in “Short Term 12,” Dever’s additional film credits include; “Detroit,” “Men, Women & Children,” “Laggies, “The Spectacular Now,” “J. Edgar,” and “Bad Teacher.” On the small screen Dever has starred for seven seasons on “Last Man Standing,” and has appeared on such shows as “Justified,” “The Mentalist,” “Modern Family,” and “Curb Your Enthusiasm.”

Feldstein rose to prominence starring opposite Saoirse Ronan in Greta Gerwig’s Oscar nominated film “Lady Bird” and has starred in such films as Whitney Cummings’ “The Female Brain,” and Nicholas Stoller’s “Neighbors 2: Sorority Rising.” In addition to “Booksmart,” she can be seen later this year in Caitlin Moran’s, comedic coming of age story, “How To Build A Girl,” directed by Coky Giedroyc; and in the FX original comedy series, “What We Do In The Shadows,” directed by Taika Waititi and Jermaine Clement. On the stage, Feldstein made her Broadway debut in the Tony Award winning musical “Hello, Dolly!” portraying “Minnie Fay.” Up next Feldstein will go into production for the film adaptation of “The Humans” play for A24