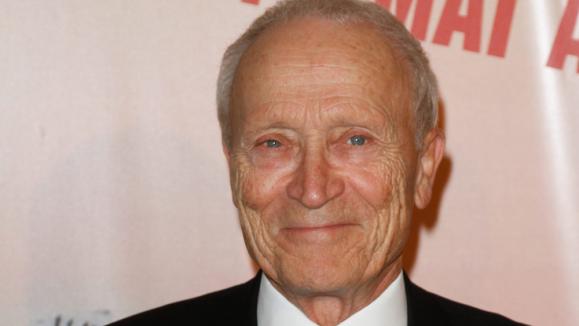 Jérôme Seydoux, Co-Chairman and Chief Executive Officer of Pathé and Chairman & CEO, Les Cinemas Pathe Gaumont, will receive this year’s “Career Achievement in Exhibition Award Mitch Neuhauser, Managing Director of CinemaCon announced today. CinemaCon, the official convention of NATO, will be held April 1-4, 2019 at Caesars Palace in Las Vegas. Seydoux will be presented with this honor at the International Day Luncheon taking place on Monday, April 1, 2019.

“It is our great honor to single out the achievements of Jérôme Seydoux for all he has done for the motion picture industry from a production, distribution and of course, exhibition standpoint”, said Neuhauser. “The Seydoux name is synonymous with excellence and an unequalled passion and love for film and the environment in which it is shown. Cinémas Pathe Gaumont is a world class leader when it comes to the motion picture theatrical experience and filmmakers and moviegoers are the great benefactors of their commitment and dedication to the world of cinema.”

In 1990, Seydoux purchased Pathé Cinema which he merged with Gaumont in 2002 to form Les Cinémas Pathe Gaumont. Now one of Europe’s leading cinema companies, Pathé is active in film production, in France and the United Kingdom and film distribution in, France and Switzerland. They currently have 108 cinemas with 1,133 screens in France, Netherlands, Switzerland, Belgium and Tunisia with 23 IMAX, 42 4DX and 11 Dolby Cinema. The company has produced and co-produced many English language pictures including “The Queen,” and “Slumdog Millionaire” while also pioneering the restoration and screening of classic titles via the Jérôme Seydoux Pathé Foundation. In 2018, Pathé recorded $1 billion in revenue and by the end of December, the company was employing 4,142 people in five countries. Pathé was founded in 1896 by Charles Pathé. Before the first World War, Pathé was the undisputed world leader of film production and distribution and opened their first cinema in Paris in 1906.

Seydoux began his career in finance in the 1960s before going on to acquire corporations such as Pricel and Chargeurs Réunis, merging them to form Chargeurs. In 1986 he became chairman of La Cinq, France’s first private unencrypted television channel. His involvement in the media industry later included his production and distribution of films in association with Claude Berri, as well as his participation in the creation of the first European satellite platform Sky on which he became Chairman of the Board of Directors between 1998 and 1999. Jérôme Seydoux is also vice-president of OL Groupe, the Lyons soccer club.

About CinemaCon
CinemaCon will attract upwards of 6,000 motion picture professionals from all facets of the industry – from exhibition and distribution, to the equipment and concession areas – all on hand to celebrate the movie-going experience and the cinema industry. From exclusive Hollywood product presentations highlighting a slate of upcoming films, to must-see premiere feature screenings, to the biggest stars, producers and directors, CinemaCon will help jumpstart the excitement and buzz that surrounds the summer season at the box office.