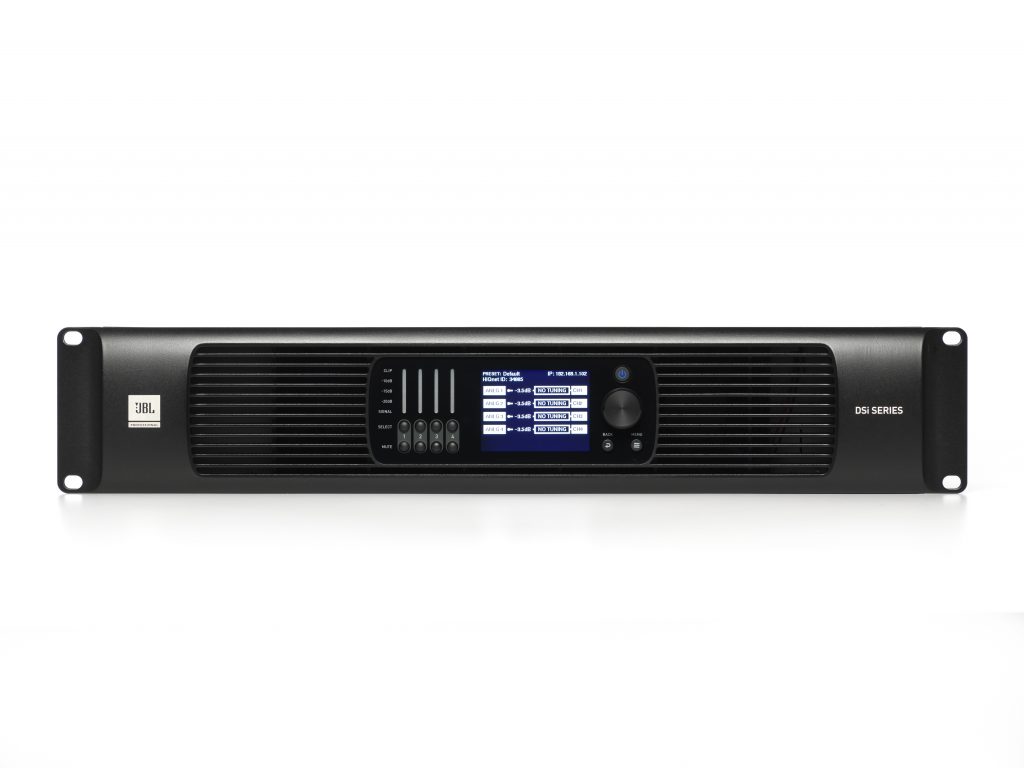 DSi 2.0 Series amplfiers provide four channels of clean, efficient amplification with bridgeable outputs in a compact 2RU footprint, and are efficiently PowerMatched for JBL Cinema loudspeakers to deliver greater power density in the same rack space. DSi 2.0 Series amps can power up to four JBL surround speakers with a single channel in high-power-density 2? mode, which both speeds deployment and makes DSi 2.0 a cost-efficient solution since less amps are required to power a cinema audio system.

About HARMAN
HARMAN (harman.com) designs and engineers connected products and solutions for automakers, consumers, and enterprises worldwide, including connected car systems, audio and visual products, enterprise automation solutions; and services supporting the Internet of Things. With leading brands including AKG, Harman Kardon, Infinity, JBL, Lexicon, Mark Levinson and Revel, HARMAN is admired by audiophiles, musicians and the entertainment venues where they perform around the world. More than 50 million automobiles on the road today are equipped with HARMAN audio and connected car systems. Our software services power billions of mobile devices and systems that are connected, integrated and secure across all platforms, from work and home to car and mobile. HARMAN has a workforce of approximately 30,000 people across the Americas, Europe, and Asia. In March 2017, HARMAN became a wholly-owned subsidiary of Samsung Electronics Co., Ltd.