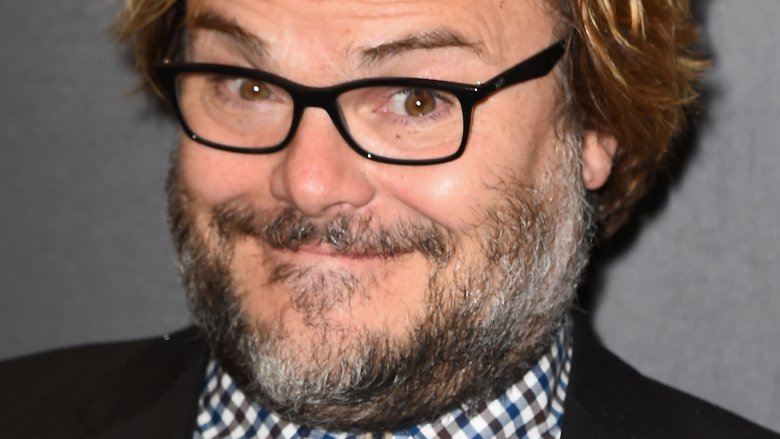 Jack Black will receive the “CinemaCon Visionary Award,” it was announced today by Mitch Neuhauser, Managing Director of CinemaCon. CinemaCon, the official convention of The National Association of Theatre Owners (NATO), will be held April 23-26, 2018 at Caesars Palace in Las Vegas. Black will be presented with this special honor at the “CinemaCon Big Screen Achievement Awards” ceremony taking place on the evening of Thursday, April 26, at The Colosseum at Caesars Palace, hosted by the Coca-Cola Company, the official presenting sponsor of CinemaCon.

“From the moment he burst onto the scene in 2000’s ‘High Fidelity,’ Jack Black has proven himself to be one of the most versatile and sought after talents in entertainment today,” noted Neuhauser. “He has and continues to bring a confidence and diverse array of characters to films of both critical and commercial success and we could not be more honored to be able to present him with this years ‘CinemaCon Visionary Award.’”

This summer Black will star in “Don’t Worry, He Won’t Get Far on Foot,” to be released by Amazon Studios on July 13, 2018. John Callahan (Joaquin Phoenix) has a lust for life, a talent for off-color jokes and a drinking problem. When an all-night bender ends in a catastrophic car accident, the last thing he intends to do is give up drinking. With encouragement from his girlfriend (Rooney Mara) and his charismatic sponsor (Jonah Hill) he reluctantly enters treatment. Callahan soon discovers a gift for drawing edgy, irreverent newspaper cartoons that develop an international following and grant him a new lease on life. Based on a true story, the film also stars Carrie Brownstein, Beth Ditto and Kim Gordon and is directed by Gus Van Sant.

Black can also be seen this fall starring in Universal Pictures’ “The House with a Clock in Its Walls,” releasing on September 21, 2018. Directed by Eli Roth and starring Cate Blanchett the film is produced by Brad Fischer, Laeta Kalgoridis and James Vanderbilt.

Black was most recently seen starring opposite Dwayne Johnson and Kevin Hart in “Jumanji: Welcome to the Jungle,” and “The Polka King” which premiered at the 2017 Sundance Film Festival. His additional film credits include “Kung Fu Panda,” and its two sequels, “Goosebumps,” “The D Train,” “The Brink,” “Bernie,” “Tropic Thunder,” “School of Rock,” “The Muppets,” “Nacho Libre,” “High Fidelity,” “Saving Silverman,” “Year One,” “Shallow Hal,” “Ice Age,” “Orange County,” “Envy,” “Shark Tale,” and “The Holiday.” Off screen Black formed his own successful production company, Electric Dynamite, which is currently developing “Madame X,” “Belles & Whistles,” and “Wizard’s Way.” Electric Dynamite recently sold a women’s basketball league comedy to Comedy Central and their additional credits include “The D Train” and the digital series “Ghost Ghirls.”