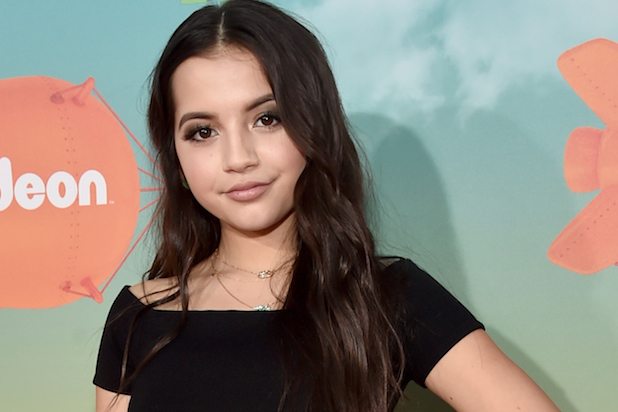 Isabela Moner will receive the “CinemaCon Rising Star of the Year Award,” it was announced today by CinemaCon Managing Director, Mitch Neuhauser. CinemaCon, the official convention of The National Association of Theatre Owners (NATO) will be held March 27-30, 2017 at Caesars Palace in Las Vegas. Moner will be presented with this special honor at the “CinemaCon Big Screen Achievement Awards” ceremony taking place on the evening of Thursday, March 30, at The Colosseum at Caesars Palace, hosted by the Coca-Cola Company, the official presenting sponsor of CinemaCon.

“With a starring turn in her first big budget action packed feature film, Moner is sure to make her name known to audiences around the world when she stars in this summer’s ‘Transformers: The Last Knight,’” noted Neuhauser. “We are thrilled to honor this young talent with this year’s ‘CinemaCon Rising Star of the Year Award.’”

Moner will star this summer in “Transformers: The Last Knight,” releasing in theatres nationwide on June 23, 2017 via Paramount Pictures. “The Last Knight” shatters the core myths of the Transformers franchise, and redefines what it means to be a hero. Humans and Transformers are at war and Optimus Prime is gone. The key to saving our future lies buried in the secrets of the past, in the hidden history of Transformers on Earth. Saving our world falls upon the shoulders of an unlikely alliance: Cade Yeager (Mark Wahlberg); Bumblebee; an English Lord (Anthony Hopkins); and an Oxford Professor (Laura Haddock). There comes a moment in everyone’s life when we are called upon to make a difference. In “Transformers: The Last Knight,” the hunted will become heroes. Heroes will become villains. Only one world will survive: theirs, or ours.

Best known for her starring role as CJ on Nickelodeon’s “100 Things To Do Before High School,” actress, singer, dancer and songwriter Moner has appeared in “Legends of the Hidden Temple: The Movie,” and “Middle School: The Worst Years of my Life.” In addition to “Transformers: The Last Knight” Moner will star opposite Benicio Del Toro and Josh Brolin in “Soldado,” the highly anticipated sequel to “Sicario.”