Independent Cinema Alliance Elects New Board of Directors and Officers 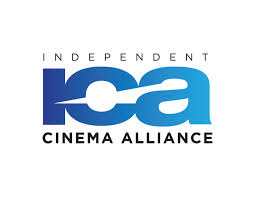 “I’d like to thank our members for electing a highly competent board of directors with many years of experience and a driving passion for expanding the independent cinema segment of our industry”, stated Bill Campbell, Chair. “The ICA is now fully formed so we can focus on being a voice for independent cinema owners. We’re all anxious to continue the important work we’ve started and expand our activities to become an organization that our members will find to be a vital part of their business. In addition to this board, the ICA depends on the volunteer efforts of numerous independent cinema owners”, added Campbell.

The ICA also announced that the Cinema Buying Alliance, under the leadership of industry veteran Rob del Moro, has launched two new money saving programs for its members. RCM Media and Lighting Technologies International (LTI) are the first two companies to structure better buying arrangements exclusively for ICA/CBA members. “We’re in the business of saving our members money. It’s just that simple.” said del Moro. “These are the first of many money saving programs that will be announced in the near future. With over 4000 screens represented, I’m hopeful that I’ll be able to tap some of my industry relationships to help our members improve their operating margins. I can see a huge benefit in joining the ICA/CBA.”

About ICA
The ICA a not-for-profit, volunteer alliance of independent cinemas operating in communities throughout the United States and Canada. Theatres operated by alliance member’s range in size from single screen venues in small towns to multiplexes in larger cities. Currently there are 255 member companies representing 4619 screens sharing one common goal….to collectively provide a public voice that promotes the importance of Independent cinemas as a valuable and necessary part of a healthy and vibrant motion picture industry.