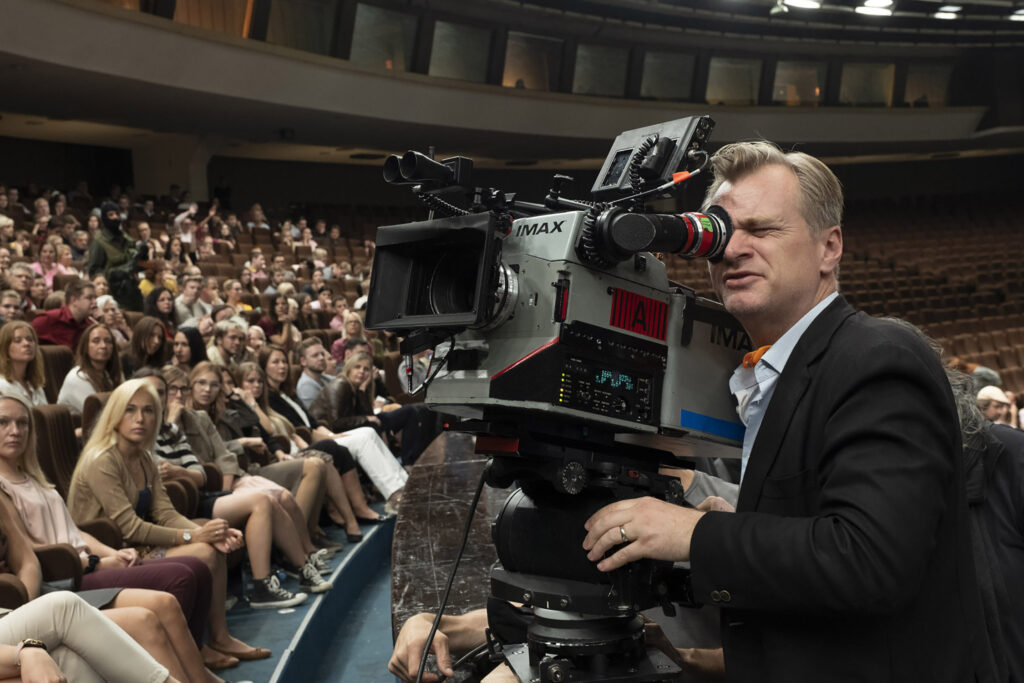 Sweeping New Initiative Underway in Cooperation with Kodak, Panavision, and FotoKem to Expand Access to IMAX Technology for Filmmakers and Artists Worldwide

IMAX Corporation (NYSE: IMAX) today announced it has begun development on a new fleet of next generation IMAX film cameras — building on its more than fifty-year legacy of innovation to meet growing demand for its technology among a broader and more diverse group of filmmakers and artists.

In cooperation with Kodak, Panavision, and FotoKem, IMAX will develop and deploy at least four new, state-of-the-art film cameras over the next two years — growing its existing fleet of film cameras by 50% — with the first new camera being put into use by late 2023.

The Company is working with the world’s most accomplished filmmakers and cinematographers, including Jordan Peele and Christopher Nolan, to identify new specs and features for the prototype development phase already underway. The next release filmed with the current generation of IMAX film cameras and KODAK 65mm film will be Jordan Peele’s “Nope”, hitting screens on July 22, 2022, while Christopher Nolan’s “Oppenheimer” is currently shooting with IMAX Film Cameras.

“As IMAX grows as a global platform for entertainment and events, we want to offer more filmmakers, storytellers and artists the opportunity to create with our unrivalled end-to-end technology,” said Megan Colligan, President of IMAX Entertainment. “From our connected global network to IMAX Enhanced for the home, the IMAX Experience provides a more expansive creative canvas than ever, and these new film cameras will enable a new generation of creators along with those who already love working with the cameras a better way to unlock the power of IMAX.”

“IMAX film brings images to life,” said Chris Nolan. “From resolution and color to sharpness and overall quality, there is nothing compared to using IMAX film cameras today. Filmmakers and movie fans worldwide should be thrilled at the prospect of new and improved IMAX film cameras – I know I am.”

“IMAX is movie magic pushed to its limit,” said Jordan Peele. “When you see a film in an IMAX theater, it feels like you are there. It’s complete immersion, and there’s nothing quite like it. And we are only at the beginning, there’s still so much to be explored in this format.”

New and improved features being explored for the new IMAX film cameras include a quieter design and a number of useability enhancements. IMAX’s existing fleet of cameras and lenses are also undergoing major upgrades as part of the program. Several industry partners are also joining IMAX in the initiative to strengthen the global and future support of its film cameras:

IMAX film cameras are known for capturing the most detailed, lifelike images possible, due to its proprietary and unique 15 perf horizontal 65mm frame size. They are particularly coveted by productions destined for IMAX theatres capable of presenting film in the 1.43 aspect ratio. The use of IMAX film cameras and 1.43 aspect ratio is a creative choice made wholly by filmmakers, who today are further aided by IMAX’s “Filmed for IMAX” program. The program enables filmmakers to maximize the full potential of The IMAX Experience throughout testing, production, and post-production – so they may maximize the unique immersive nature of IMAX cinemas.

Used in documentary filmmaking since 1971’s “North of Superior”, IMAX film cameras have been to the deepest depths of the oceans, the top of Mount Everest, and launched into space more than any human being. In 2008, “The Dark Knight” became the first Hollywood title to use IMAX film cameras — the first of fourteen Hollywood blockbusters to do so, ranging from 2015’s “Star Wars: The Force Awakens” to last year’s “No Time to Die”. The use of IMAX film cameras is a key driver in IMAX over-indexing on global box office. In 2021, IMAX captured a record percentage of the global box office and in 2022 more films than ever before will hit screens filmed with IMAX film or digital Cameras, or including IMAX-exclusive expanded aspect ratio.

About IMAX Corporation
IMAX is a premier global technology platform for entertainment and events. Through its proprietary software, theater architecture, patented intellectual property, and specialized equipment, IMAX offers a unique end-to-end solution to create superior, immersive content experiences for which the IMAX brand is globally renown. Top filmmakers, movie studios, artists, and creators utilize the cutting-edge visual and sound technology of IMAX to connect with audiences in innovative ways. As a result, IMAX is among the most important and successful global distribution platforms for domestic and international tentpole films and, increasingly, exclusive experiences ranging from live performances to interactive events with leading artists and creators.

IMAX is headquartered in New York, Toronto, and Los Angeles, with additional offices in London, Dublin, Tokyo, and Shanghai. As of December 31, 2021, there were 1,683 IMAX theater systems (1,599 commercial multiplexes, 12 commercial destinations, 72 institutional) operating in 87 countries and territories. Shares of IMAX China Holding, Inc., a subsidiary of IMAX Corporation, trade on the Hong Kong Stock Exchange under the stock code “HK.1970.”