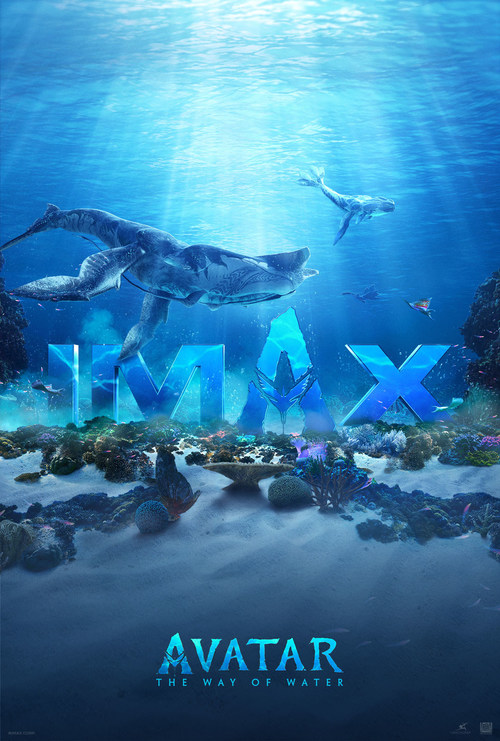 IMAX Corporation today announced that Disney/Lightstorm’s “Avatar: The Way of Water” has now earned $105.5 million in IMAX global box office in less than two weeks — the fastest film to hit the $100 million mark in IMAX since April 2019. James Cameron’s epic sci-fi sequel is only the ninth film in IMAX history to exceed $100 million in global box office. To date, IMAX has accounted for 11.4% of the film’s global gross on only a fraction of its total screens.

With its strong international performance, “Avatar: The Way of Water” also now stands as the fifth highest international box office performance ever for an IMAX release, and the film is already a top-ten all-time IMAX release in 47 countries worldwide. IMAX continues to dominate box office for “Avatar: The Way of Water” in China, where the Company has delivered $26.5 million in box office receipts for the film — good for 25.5% of total grosses in China on only 1% of screens.

“‘Avatar: The Way of Water’ is showing the strong endurance at the global box office we expected, particularly with its phenomenal performance internationally where several key markets grew their grosses over opening weekend,” said Rich Gelfond, CEO of IMAX. “In just over a week of release, ‘Avatar: The Way of Water’ has sailed to more than $100 million in IMAX box office with no signs of slowing down, as our screens remain the destination of choice to experience this one-of-a-kind film.”

Through Monday, “Avatar: The Way of Water” had grossed $38 million in IMAX in the Domestic market, with IMAX claiming 14% of North American grosses in its second weekend despite winter weather blanketing much of the United States. Internationally, the film has grossed $67.5 million, and it is already the highest grossing IMAX release of all time in markets including France, Indonesia, and Turkey among others.

“Avatar: The Way of Water” will screen across IMAX locations in most global markets through January. The film debuted with the widest IMAX global release of all time across 1,543 screens and is available exclusively in IMAX 3D in IMAX locations worldwide.

About IMAX Corporation
IMAX, an innovator in entertainment technology, combines proprietary software, architecture, and equipment to create experiences that take you beyond the edge of your seat to a world you’ve never imagined. Top filmmakers and studios are utilizing IMAX theaters to connect with audiences in extraordinary ways, and, as such, IMAX’s network is among the most important and successful theatrical distribution platforms for major event films around the globe.??Streaming technology company SSIMWAVE, an IMAX subsidiary, is a leader in AI-driven video quality solutions for media and entertainment companies.

IMAX, IMAX Dome, IMAX 3D, IMAX 3D Dome, Experience It In IMAX, The IMAX Experience, An IMAX Experience, An IMAX 3D Experience, IMAX DMR, DMR, Filmed For IMAX, IMAX LIVE, IMAX Enhanced, IMAX nXos, SSIMWAVE and Films to the Fullest, are trademarks and trade names of the Company or its subsidiaries that are registered or otherwise protected under laws of various jurisdictions. For more information, visit www.imax.com. You may also connect with IMAX on Instagram (www.instagram.com/imax), Facebook (www.facebook.com/imax), Twitter (www.twitter.com/imax), YouTube (www.youtube.com/imaxmovies) and LinkedIn (www.linkedin.com/imax).