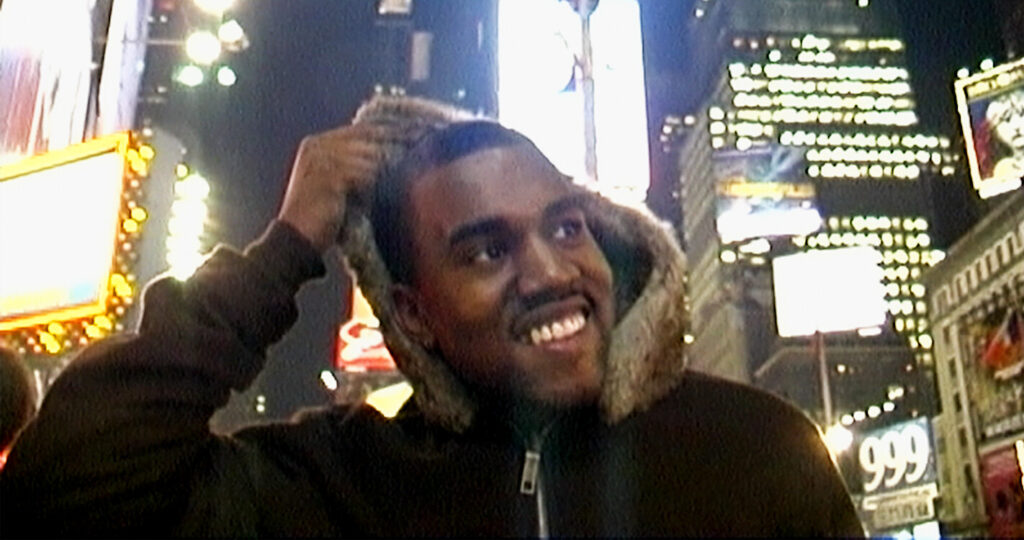 Iconic Events Releasing will release Act 1 of the highly anticipated three-part documentary “jeen-yuhs: A Kanye Trilogy” on February 10th exclusively in theaters nationwide. The documentary will make its world premiere at the virtual Sundance Film Festival this month and release in a three-week event on Netflix February 16th.

A landmark documentary event presented in three acts, directed by Coodie & Chike, from TIME Studios and Creative Control, “jeen-yuhs: A Kanye Trilogy” is an intimate and revealing portrait of Kanye West’s experience, showcasing both his formative days trying to break through and his life today as a global brand and artist. The film powerfully weaves together decades of never-before-seen footage of the legendary artist to delve into the challenges and triumphs of West’s career in music and fashion. The theatrical release of this groundbreaking motion picture event will provide an opportunity for Ye fans to see Act 1, which follows the early years of Kanye’s career, in advance of its Netflix premiere. Tickets will be available on sale at local theater box offices.

“For any fan or student of music today, this documentary is a must-see event and should be experienced in a movie theater with state-of-the-art sound systems. Through his work as a performer, producer, and entrepreneur, few artists or businessmen have had a greater impact on worldwide popular culture than Kanye West over the last twenty years,” said Steve Bunnell, Iconic Events Releasing CEO. “His musical brilliance is unmistakable and undeniable – he has become a magnet for so much that bears his influence. jeen-yuhs: A Kanye Trilogy is a film that offers rare and compelling insight into his world, and we’re tremendously excited to be partnering with TIME Studios to be offering this special opportunity for audiences across the country to see this event.”

Said Coodie: “Everybody is born with a genius. When GOD blesses you with a vision and you move with belief in your purpose, you’ll be awakening to the fact that no matter what obstacles you face you will see that vision become reality! Trust GOD…Period.”

“Filmmakers Coodie and Chike have created an extraordinary film and we’re honored that they have trusted TIME Studios to produce jeen-yuhs: A Kanye Trilogy,” said TIME Studios President Ian Orefice. “We’re excited to partner with Iconic Events Releasing to give the world a chance to first experience the once in a generation storytelling in theaters.”

About TIME Studios
From one of the most globally iconic brands, TIME Studios is an Emmy Award®-winning television, film and immersive studio focusing on the development, production and distribution of truth-based premium unscripted and scripted storytelling that moves the world. With technical innovation and a brand defining visual language that dates back 98 years, TIME Studios aims to impact communities and the world at large with ideas that forge true progress. Combining the industry’s leading creators with TIME, one of the most trusted brands that reaches an audience of over 100 million people globally, TIME Studios is uniquely positioned to bring massive audiences to the world’s most impactful stories. Recent projects include: jeen-yuhs: A Kanye Trilogy (Netflix), Countdown: Inspiration4 Mission to Space (Netflix), Katrina Babies (HBO), Black Gold (Paramount+), Big Vape (Netflix), John Lewis: Good Trouble (CNN Films), Amazing Grace (Neon), Right to Offend (A&E), Ricky Powell: The Individualist (Showtime), Mass Effect: The Story of YouTube, Kid of the Year (Nickelodeon/CBS), TIME 100 (ABC) and the first scripted project for TIME Studios, Women of the Year (Amazon).

About Creative Control
Founded by visionary filmmakers, Coodie & Chike, Creative Control has been producing groundbreaking content and delivering compelling story telling to diverse audiences and inquisitive minds around the globe for more than a decade. Starting as an online network showcasing emerging culture and artistic expression, Creative Control delivered original content that changed the landscape of music video and redefined short and long form content. Producing the critically acclaimed ESPN 30 for 30, Benji, the NAACP Image Award winning documentary Muhammed Ali: The People’s Champ, Martin: The Legacy of A King for BET, and A Kid From Coney Island, Creative Control continues to be at the forefront of progressive and thought provoking content, with a slate of productions scheduled for 2022 including the landmark Kanye West Trilogy, jeen-yuhs (Netflix).