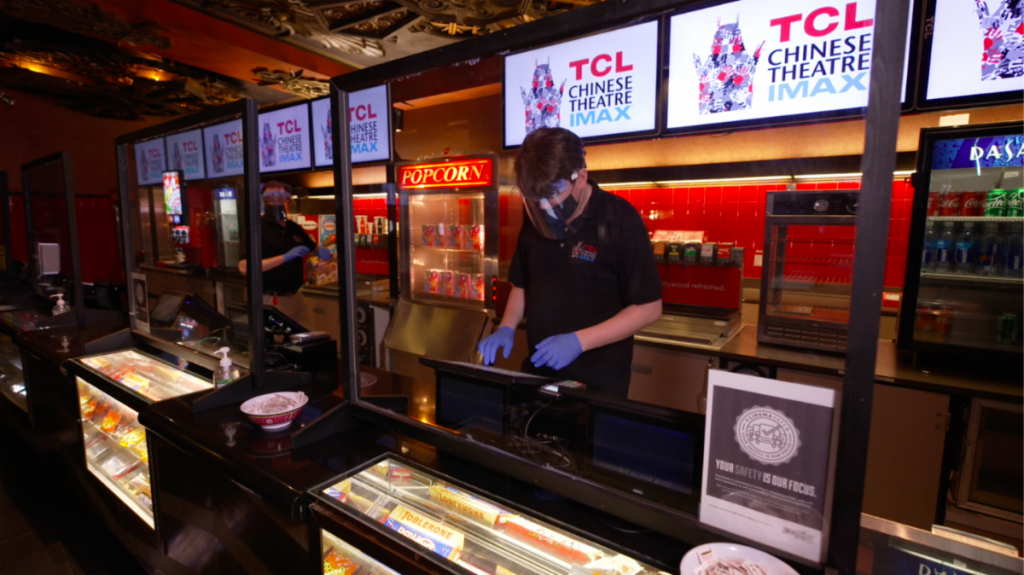 Amazing blockbuster films such as “Mortal Kombat” and “Godzilla vs Kong” have already been showing in these theatres, returning patrons to a more traditional movie-going experience.

These thrilling and action-packed films are being shown in an all immersive MX4D Motion EFX format, as well as 2D and IMAX format. On re-opening day a few weeks ago, an exciting ribbon cutting ceremony with prominent movie directors signaled that Hollywood is again open for business. For more news and video of their reopening and ribbon cutting ceremony, you can view the KTLA5 news article by clicking here.

About MediaMation Inc.
For nearly 30 years, MediaMation, Inc. has provided innovative technological solutions to the Cinema and Themed Entertainment and Amusements market and expanded to the esports and VR industry in recent years. MediaMation is an interactive technology company and a worldwide, leading supplier and manufacturer of patented technology for 4D Motion EFX theatres and seats, including its MX4D Motion EFX technology, with over 360 installations worldwide. MediaMation also designs and implements turnkey creative solutions for complex shows, rides, exhibits, fountain shows, etc. for theme parks, zoos, aquariums, museums, cinemas and FECs.

About Partnered Company
Since 1927, The TCL Chinese Theatre IMAX has been the home of the most important, star powered red carpet movie premieres and special events, where Hollywood’s biggest and brightest talents have come to watch their movies. The most famous movie theatre on the globe is world-renowned for its unique forecourt of the stars, featuring cement hand and footprints of major movie stars, from Marilyn Monroe to Brad Pitt, and numerous stars from all eras of Hollywood. In addition to being a major international tourist destination, the TCL Chinese Theatre, and its six adjacent cinemas, the TCL Chinese 6, are everyday working movie theatres, hosting millions of moviegoers year round. The TCL Chinese Theatre was declared a historic-cultural landmark in 1968, and there has always been a restoration program in process to maintain the theatre’s beauty. With its current, on-going facelift and new name and new added amenities and event spaces, guided by a new and vigorous ownership team, the TCL Chinese Theatre IMAX and its famed “hands and footprints in cement” forecourt will continue to be the preferred location for tourist visits and the entertainment industry’s most prestigious red carpet premieres. In 2013, the main theatre was relaunched as the world’s largest IMAX theatre.