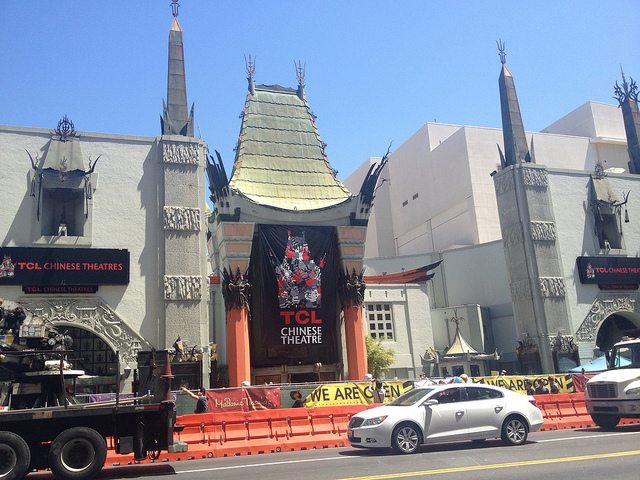 Home to the world’s biggest, A-list film premieres, over 40 per year, and the celebrated forecourt of movie icons’ handprint and footprints, the historic, world-famous theatre underwent in 2013 its first major makeover in 85 years, featuring IMAX’s state-of-the-art digital laser projection system.

Alwyn Hight Kushner, TCL Chinese Theatre President and CEO, today commented, “As we celebrate the five-year anniversary of our major renovation of the TCL Chinese Theatre, IMAX has played a key role in rejuvenating this historical landmark, delivering a premium viewing experience for our guests.”

The TCL Chinese Theatre, the iconic movie palace opened in 1927 by Sid Grauman, is celebrating its 90th birthday this year. Best known for movie premieres, red carpet events and handprint/footprint ceremonies, the TCL Chinese Theatre has long been at the center of Hollywood and remains the beloved movie theatre for many Hollywood celebrities.