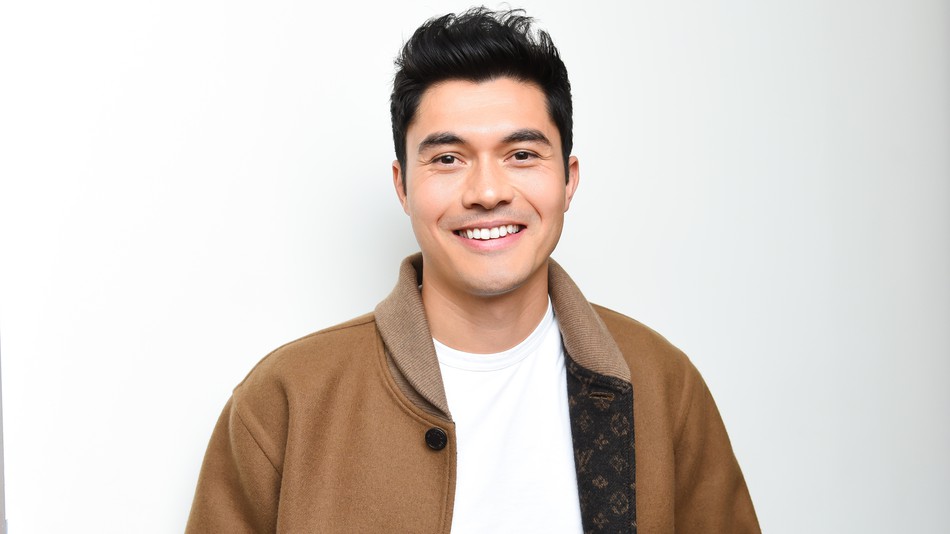 Washington D.C. (March 19, 2019) – Henry Golding will receive this year’s “CinemaCon® Male Star of Tomorrow Award,” Mitch Neuhauser, Managing Director of CinemaCon, announced today. CinemaCon, the official convention of NATO, will be held April 1-4, 2019 at Caesars Palace in Las Vegas. Golding will be presented with this special honor at the “CinemaCon Big Screen Achievement Awards” ceremony taking place on the evening of Thursday, April 4, at The Colosseum at Caesars Palace, hosted by the Coca-Cola Company, the official presenting sponsor of CinemaCon.

“In just a little over a year, Henry Golding has proven that he has what it takes to be a leading man on the big screen,” noted Neuhauser. “From ‘Crazy Rich Asians,’ to ‘A Simple Favor,’ and the upcoming ‘Last Christmas,’ ‘Bush’ and ‘Monsoon,’ Golding will continue to entertain movie audiences around the world, and we are thrilled to honor him as this year’s ‘Male Star of Tomorrow.’”

Golding will next star in “Last Christmas,” to be released by Universal Pictures on November 15, 2019. A romantic comedy inspired by a George Michael beat and written by Academy Award Award® winner Emma Thompson (“Sense and Sensibility,” “Bridget Jones’s Baby”) and playwright Bryony Kimmings, “Last Christmas,” is directed by Paul Feig (“A Simple Favor,” “Spy,” “Bridesmaids”) and stars Golding along with Emilia Clarke (“Game of Thrones”) and Thompson.

Golding also stars in the upcoming drama “Monsoon,” from director Hong Khaou (Lilting), as Kit, a British-Vietnamese man who returns to Saigon 30 years after his family fled during America’s war in Vietnam.

Golding first appeared on the big screen when he was selected to star as Nick Young in the mega-hit “Crazy Rich Asians.” He quickly solidified his position as a leading man with his role of Sean in Paul Feig’s “A Simple Favor,” starring opposite Anna Kendrick and Blake Lively. This past year Golding became the first Asian actor to grace the GQ Man of the Year cover. He made Variety’s 10 Actor’s to Watch and was featured on the cover of Vanity Fair’s Hollywood issue.

About Last Christmas
Kate (Emilia Clarke) harumphs around London, a bundle of bad decisions accompanied by the jangle of bells on her shoes, another irritating consequence from her job as an elf in a year-round Christmas shop. Tom (Henry Golding) seems too good to be true when he walks into her life and starts to see through so many of Kate’s barriers. As London transforms into the most wonderful time of the year, nothing should work for these two. But sometimes, you gotta let the snow fall where it may, you gotta listen to your heart … and you gotta have faith.

Last Christmas features the music of George Michael, including the bittersweet holiday classic of the film’s title. The film will also premiere brand new unreleased material by the legendary Grammy-winning artist, who sold more than 115 million albums and recorded 10 No. 1 singles over the course of his iconic career.
Last Christmas is directed by Paul Feig and is produced by Feig and Jessie Henderson for his Feigco Entertainment, and by BAFTA winner David Livingstone for Calamity Films, and by Oscar® winner Emma Thompson, who wrote the screenplay with playwright Bryony Kimmings.

CinemaCon will attract upwards of 6,000 motion picture professionals from all facets of the industry –from exhibition and distribution, to the equipment and concession areas – all on hand to celebrate the movie-going experience and the cinema industry. From exclusive Hollywood product presentations highlighting a slate of upcoming films, to must-see premiere feature screenings, to the biggest stars, producers and directors, CinemaCon will help jumpstart the excitement and buzz that surrounds the summer season at the box office.

The National Association of Theatre Owners (NATO) is the largest exhibition trade organization in the world, representing more than 33,393 movie screens in all 50 states, and additional cinemas in 94 countries worldwide. NATO’s membership includes the largest cinema chains in the world and hundreds of independent theater owners, too.