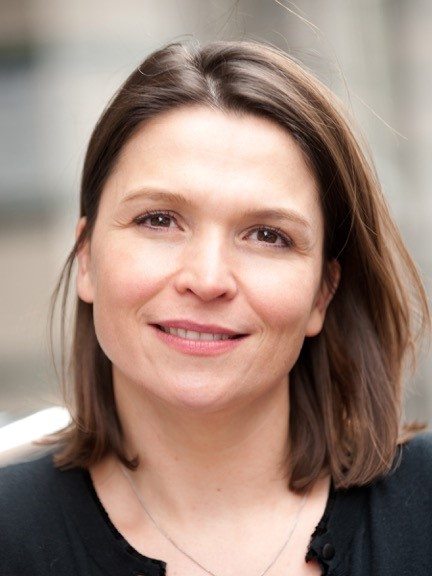 In her new role, Van Weede, who will replace Michael Rothstein, will be responsible for extending the company’s reach deeper into international markets and, with Buet, building up the worldwide distribution network for Global Road productions and acquisitions. She and Kembel will report to Buet. Martinez will report to Buet and Jack Pan, the Company’s President of Worldwide Theatrical Marketing. Tatyana Joffe, Global Road’s Executive Vice President of International Sales, has extended her contract and will report to Van Weede.

Buet stated, “I am incredibly fortunate to have such talented executives join our team. With Charlotte strengthening our international sales prowess, paired with Brad, Melissa, Sarah, and Tatyana, we will drive our position in the market by bringing consistent, quality content to audiences worldwide.”

Van Weede previously served as Senior Vice President of Entertainment One Features from 2012 to 2016. While at eOne, she hired and trained a new international film team in London, and built the eOne brand through global sales and successful campaigns of over 20 award and festival driven films including SPOTLIGHT, TRUMBO, EYE IN THE SKY, MAPS TO THE STARS, and CAPTAIN FANTASTIC. Van Weede’s other roles before eOne included Head of Sales for Protagonist Pictures and Vice President of International Sales for Summit Entertainment. Prior to joining Global Road, she consulted for the Netherlands Film Fund.

Kembel most recently served as Executive Vice President of International Distribution at Lionsgate and Summit Entertainment. During his 24-year tenure at the companies, he worked on the release strategy and international rollouts of many titles including THE HUNGER GAMES, TWILIGHT and STEP UP franchises, as well as NOW YOU SEE ME, RED, 12 YEARS A SLAVE, AMERICAN PIE, and MEMENTO. Prior to joining Summit, Kembel held manager positions at Sovereign Pictures and Cineplex Odeon Films.

Martinez also joins Global Road from Lionsgate and Summit where she oversaw the international marketing campaigns that ultimately helped garner over $700 million dollars in international box office for Lionsgate annually. Some of the campaigns include 12 YEARS A SLAVE, the HUNGER GAMES, JOHN WICK, and TWILIGHT franchises, LA LA LAND and more recently WONDER. She started her career at GAGA’s Los Angeles office helping to promote films the company acquired to Japanese audiences.

For the past two years, Genazzani held the title of International Marketing Project Manager at Gaumont in Paris where she developed marketing campaigns for films such as THE DEATH OF STALIN, BALLERINA and BELLE & SEBASTIAN. Genazzani began her career working at Eagle Pictures in Milan and Rome. She also held positions at FilmNation in NYC and STUDIOCANAL in Paris.

Global Road is a preeminent worldwide content studio that develops, finances, produces, acquires, and distributes entertainment content across theatrical, television, digital, and emerging platforms. The company also represents the distribution rights on behalf of third-party films intended for a global audience. Owned by Tang Media Partners, Global Road Entertainment is uniquely positioned to harness its deep resources and experience as a producer, financier, and sales entity to offer the industry and consumer a robust slate of traditional and next generation content.