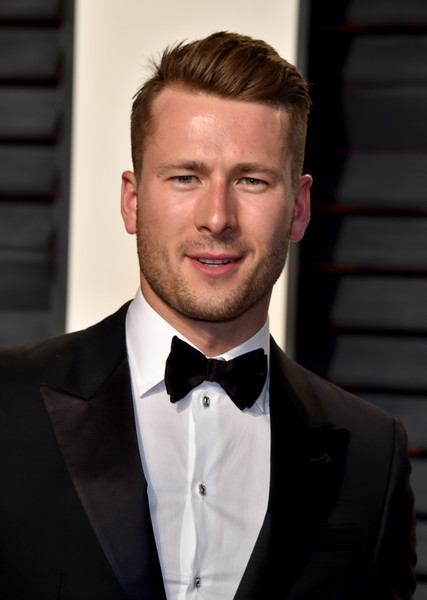 Washington D.C. (March 11, 2020) – Glen Powell will receive this year’s “CinemaCon Male Star of Tomorrow Award,” Mitch Neuhauser, Managing Director of CinemaCon, announced today. CinemaCon, the official convention of NATO, will be held March 30-April 2 at Caesars Palace in Las Vegas. Powell will be presented with this special honor at the “CinemaCon Big Screen Achievement Awards” ceremony taking place on the evening of Thursday, April 2, at The Colosseum at Caesars Palace, hosted by The Coca-Cola Company, the official presenting sponsor of CinemaCon.

“Having already made his mark on the big screen in Hidden Figures, Glen’s star will only continue to rise when “Top Gun: Maverick” hits theatres around the globe” said Neuhauser. “We are thrilled to honor him as ‘CinemaCon’s Male Star of Tomorrow.’”

Releasing in theatres, Dolby Cinema and IMAX nationwide on June 24, 2020 via Paramount Pictures, “Top Gun: Maverick” finds that after more than thirty years of service as one of the Navy’s top aviators, Pete “Maverick” Mitchell (Tom Cruise) is where he belongs, pushing the envelope as a courageous test pilot and dodging the advancement in rank that would ground him. When he finds himself training a detachment of Top Gun graduates for a specialized mission the likes of which no living pilot has ever seen, Maverick encounters Lt. Bradley Bradshaw (Miles Teller), call sign: “Rooster,” the son of Maverick’s late friend and Radar Intercept Officer Lt. Nick Bradshaw, aka “Goose.” Facing an uncertain future and confronting the ghosts of his past, Maverick is drawn into a confrontation with his own deepest fears, culminating in a mission that demands the ultimate sacrifice from those who will be chosen to fly it. In addition to Cruise and Teller, “Top Gun: Maverick” also stars Jennifer Connelly, Jon Hamm, Glen Powell, Lewis Pullman, Charles Parnell, Bashir Salahuddin, Monica Barbaro, Jay Ellis, Danny Ramirez, and Greg Tarzan Davis, with Ed Harris.

In addition to starring in “Top Gun: Maverick”, SAG Award winner Glen Powell will also star in writer/director Melissa Stack’s re-imagined Black List script “I Want To F*** Your Brother”, and as Navy hero and Medal of Honor recipient Thomas Hudner in the upcoming war epic “Devotion”, based on the New York Times Best-Seller which co-stars Jonathan Majors and will be directed by J.D. Dillard. He most recently starred in the romantic comedy “Set It Up”, and prior to that played famed astronaut John Glenn in “Hidden Figures”. On the television side, he notably starred in Ryan Murphy’s “Scream Queens”. Powell will be reteaming with his “Set It Up” co-star Zoey Deutch for the upcoming comedy “Most Dangerous Game”, which he will also executive produce. Additional credits include “Sand Castle”, “Everybody Wants Some”, and “Ride Along 2” among many others.