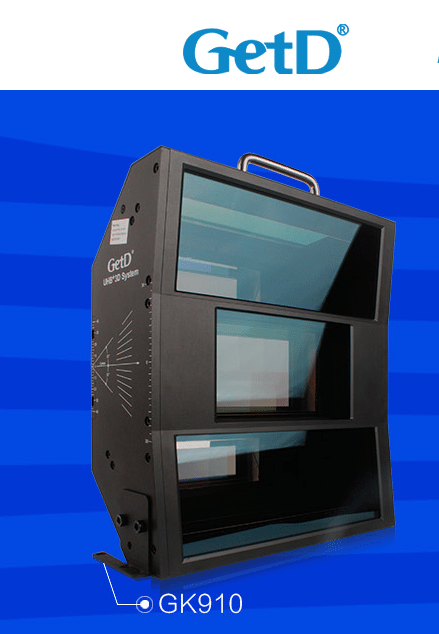 To whom it may concern:

For the patent infringement dispute cases between Qingdao Volfoni-Rio (refers to Volfoni) and Shenzhen Future 3D Tech Co., Ltd. (refers to GetD), the current rumors severely affect our business activities in the cinema industry. For a better understanding of the truth to our global clients and in order to safeguard the legitimate rights and interests of the company, GetD made the following statements:

As a conclusion, Peter Ruan, CEO of Future 3D Group (GetD) added the following comments: “I am very disappointed by unfair competition and damaging practices by Freedeo and Volfoni.”   “We strongly condemn any unfair competition against our respectable and professional company without any effective evidence.  GetD is a solid and very successful company in China offering high quality products and all related services. We are very proud to   keep servicing the industry as always.”

GetD Tech (HK) Co., Ltd (“GetD”), founded in 2005, is a fast-growing 3D products manufacturer and supplier. GetD is head quartered in Shenzhen, China, with key partners in South America, Europe, Russia, Turkey and India. With 6,000 ? factory and 500+ employees, GetD has developed highly qualified 3D systems and glasses for cinema, home theater and educational market. GetD is committed to deliver high end quality products at very competitive price as well as customer-oriented services. All GetD cinema products are on Disney & Sony lists of approved 3D equipment with up to 5 year warranty.

More info about GetD at http://www.getd.hk