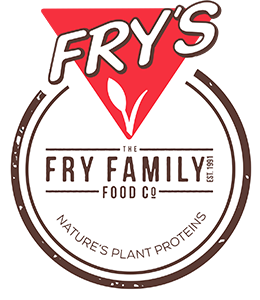 Fry’s Family Food Co (Fry’s) makes its entertainment venue debut with chik’n-style Chia Nuggets at three Los Angeles area Laemmle theatres, Santa Monica, North Hollywood and Glendale. Laemmle Theatres will be the first entertainment venue in the U.S. to sell the products, which are currently available in 27 countries around the world.

Laemmle + Fry’s Aligned By More Than Just Food and Movies
Laemmle Theatres is a family-run, art house movie chain formed in 1938 by brothers Max and Kurt Laemmle and is currently run by grandson Greg Laemmle. The chain is known for showing diverse international, documentary and independent films. Fry’s is also a family business, formed in 1991 by Wally and Debbie Fry. Nearly 30 years later it remains family run and Fry’s is known for producing quality food with international flavors. “We are thrilled to have our food served at Laemmle Theatres—great food and great storytelling brings people together and that is a message we feel strongly about,” states Tammy Fry, Global Marketing Director at Fry’s.

City Council’s Involvement in Including Plant-Based Options
The number of people who are seeking plant-based options has increased exponentially over the past several years. While a percentage of those identify as vegan, most are either flexitarians (those that oscillate between carnivores, vegetarian and vegan) or even omnivores. According to OnePoll,over 30% of all Americans are considered flexitarians and 52% are trying incorporate more plant-based meals into their diets. The reasons for the demand in plant-based foods range from those who want to feel lighter and healthier to others who know that eating meat and dairy has a negative impact on the environment as well as on animal welfare.

The partnership between Fry’s and Laemmle is in response to an initiative from L.A. City Councilman Paul Koretz, who in December proposed that the city require movie theaters and sports venues to offer vegan options at all locations.

Other cities across the country are striving to ensure the health of its city workers and school children. All of New York City’s hospitals currently have Meatless Monday and the program has been expanded to also include all of the city’s 1,800 schools. The Santa Barbara (CA) Unified School District began offering plant-based options during the 2017/18 school year—the program was so successful it was expanded for 2018/19. Bergen Elementary School in Brooklyn went 100% plant-based in 2018. Now it’s Los Angeles’ turn and 35 of the city’s elementary schools now offer vegan options for their students.

A Family Committed To Making A Difference
Wally Fry founded the company in South Africa in 1991. There were so few plant-based options available that Wally and his wife Debbie decided to simply make their own. Inspired from the heart with humble beginnings, Fry’s is a second-generation family business that happens to also be a powerhouse global brand. Over 3.5 million people have watched Fry’s story here.