FotoKem Creates a New World of Post for Star Wars: The Last Jedi 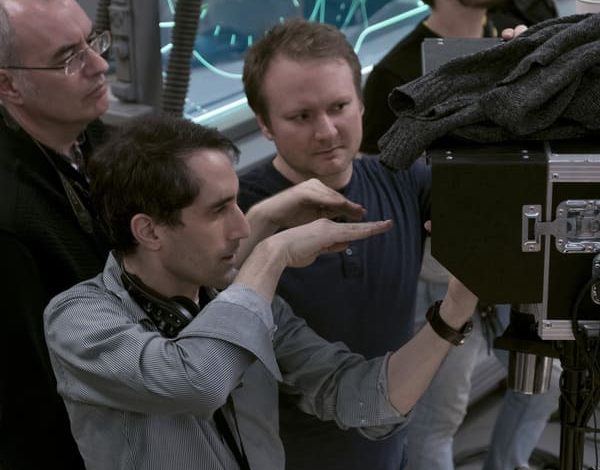 Burbank, California (January 3, 2018) – FotoKem, a leader in digital and film post production, was the facility of choice for providing comprehensive creative and technical services from pre-production through final deliverables on the critically acclaimed Star Wars: The Last Jedi from Disney/Lucasfilm.

The facility built technically advanced solutions that supported the creative team through their interplanetary production from dailies to color grade. Services included a customized workflow for dailies, editorial and VFX support, conform, and a color pipeline that incorporated all camera formats (film and file based) while adhering to critical studio guidelines. Working collaboratively with key creatives – including director Rian Johnson; cinematographer Steve Yedlin, ASC; producer Ram Bergman; Lucasfilm’s Head of Post Production Pippa Anderson; and Lucasfilm’s Director of Post Production Mike Blanchard – the post process allowed them to operate with speed and flexibility while enabling maximum creative freedom served by the technology.

The filmmakers behind The Last Jedi had an ambitious vision for the second installment in the sequel trilogy. FotoKem was engaged prior to the beginning of principal photography, and devised an intricate workflow tailored to accommodate the goals of production. A remote post production facility was assembled near-set in London where film technician Simone Appleby expertly operated two real-time film scanners, digitizing up to 15,000 feet a day of 35mm footage at slightly above 4K resolution. Supported by a highly secure network, FotoKem nextLAB systems ingested the digitized film and file-based camera footage, providing “scan-once instant access” to everything, and creating a singular workflow for every unit’s footage. By the end of production, over one petabyte of data was managed by FotoKem’s nextLAB, enabling the filmmakers, visual effects teams, editors, and studio executives to securely and easily share large volumes of assets for any part of the workflow.

Johnson said, “For me, it’s simple – FotoKem helped me tell the story I was hoping to tell. They invented solutions and made it easy for us to work the way we wanted to work.”

Bergman added, “I worked with FotoKem previously and knew their capabilities. This project clearly required a high level of support to handle global locations with multiple units and production partners. We had a lot of requirements at this scale to create a consistent workflow for all the teams utilizing the footage, from production viewing dailies to the specific editorial deliverables, visual effects plates, marketing, and finishing, with no delays or security concerns.”

Before shooting began, Yedlin worked with FotoKem’s film and digital lab to create specialized scanner profiles and custom Look Up Tables (LUTs). FotoKem implemented the algorithms devised by Yedlin into their nextLAB software to obtain a seamless match between digital footage and film scans. Yedlin also received full-resolution stills which served as a communication funnel for color and quality control checks. This color workflow was devised in collaboration with FotoKem color scientist Joseph Slomka, and executed by nextLAB software developer Eric Cameron and dailies colorist Jon Rocke, who were on site throughout the entire production.

“With the knowledge of an HDR deliverable, we set to work to make sure the look captured on set matched the vision of the filmmakers and was carried throughout the workflow for the ultimate control of color from camera to screen,” noted Slomka.

Yedlin observed, “As cinematographers, we work hard to create looks, and FotoKem made it possible for me to take control of each step in the process and know exactly what was happening. The color science support I received made true image control a realized concept.”

Calibrated 4K monitoring and the high availability SAN on site managed by nextLAB created a world where visual effects and editorial could instantly access full fidelity footage during and after production. Through the nextLAB interface, these teams could procure footage, pull shots as needed, and maintain exact color and metadata integration between any step.

For the color grade, FotoKem colorist Walter Volpatto fine-tuned raw images, as well as those from ILM, with Johnson and Yedlin using the color and imaging pipeline established from day one. FotoKem also set up remote grading suites at Skywalker Sound and Disney so the teams could work during the sound mix, and later grading for HDR and other specialty theatrical deliverables.

“The film emulation LUT that Steve (Yedlin) created carried nuances he wanted in the final image and he was mindful of this while shooting, lighting both the film and digital scenes so that minimal manipulation was required in the color grade,” Volpatto explained. “Steve’s mastery of lighting for both formats, as well as his extensive understanding of color science, helped to make the blended footage look more cohesive.”

Mike Brodersen, FotoKem’s Chief Strategy Officer, said, “Our incredible team’s objective from the beginning of this project was to provide a process for the creatives to flourish, without worrying about the technology. It’s not every day that we would ship scanners to remote locations and integrate a real-time post environment that would rival many permanent installations. Our approach combined decades of film and digital expertise, intense artistry, and exceptional post production workflow knowledge. We are honored that they entrusted us in this endeavor and grateful to be part of this iconic project.”