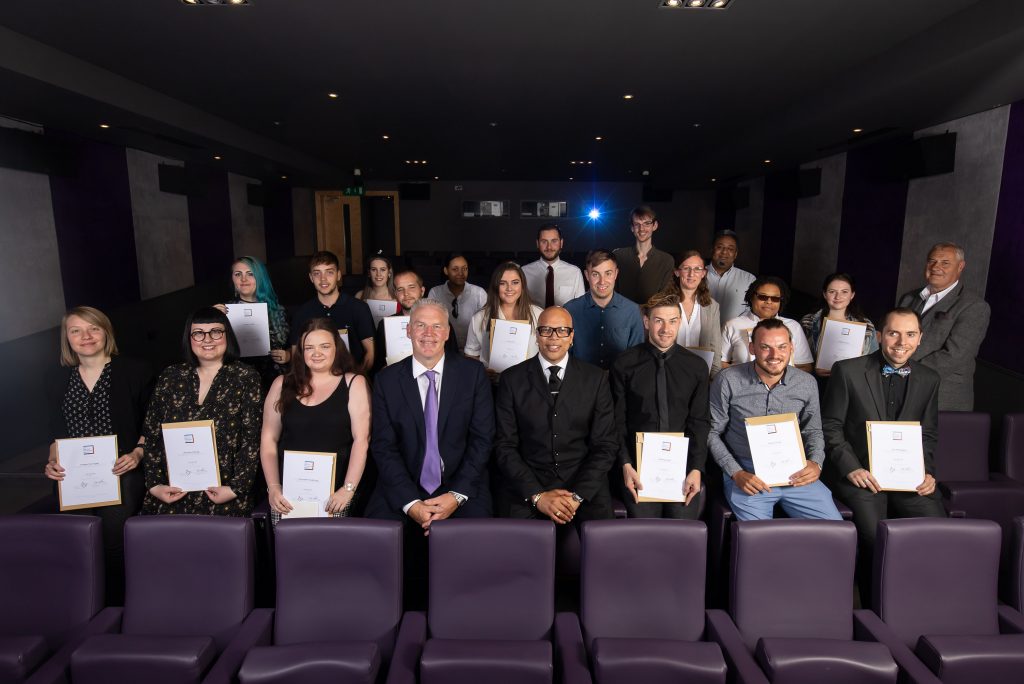 Vigilant members of staff from cinemas across the UK were formally recognised and rewarded last week for their work in disrupting and preventing film piracy.

The twenty-two staff members were handed their rewards at a presentation in Central London, hosted by the Film Content Protection Agency (FCPA). The FCPA was formed in 2016 by Film Distributors’ Association (FDA) as a specialist unit dedicated to safeguarding theatrical releases in the UK and Ireland.

During the event FCPA welcomed their special guest Redd Pepper. Redd is one of the UK’s best loved and most prolific voiceover artistes and known as ‘Mr Movie Trailer Man’ from the sheer number of Hollywood blockbusters his voice has trailed. He addressed the audience with his unique and famous voice and also presented the rewards.

The recipients travelled from cinemas as far away as Edinburgh, Newcastle-Upon-Tyne and Plymouth, and included employees from Odeon, Cineworld, Vue, Showcase and Empire cinemas. Each was given a batch of books and DVDs together with their financial reward and certificate.

Collectively they represented seventeen incidents, eleven of which police attended.

With 90% of pirated films being sourced directly from cinemas around the world, the FCPA programme supports and safeguards the UK film industry and ultimately the choices available to filmgoers themselves.

A key task of the FCPA programme is to develop the awareness and vigilance of cinema staff UK-wide by providing them with anti-piracy training, current best practice guidelines and other resources. These include an online learning quiz at FDA’s website, www.launchingfilms.com, which refreshes the detailed knowledge needed to identify and disrupt illegal recording activity. Participating staff members are eligible for a prize of £500.

The existing quarterly-prize quiz was also recently supplemented by additional fortnightly prizes during the FCPA’s “Spring into Action” 8-week campaign – focused on further developing and enhancing vigilance, awareness and engagement at a time when a cluster of particularly vulnerable releases were live in cinemas in the UK and Ireland.

Thank you to all UK cinema staff who engaged with this initiative, and for your ongoing support. The campaign was clearly successful, with usage of the online awareness resource being significantly boosted during the campaign, with in excess of 6500 successful quiz entries. There was also a surge in reported disrupted illegal recording activity in UK cinemas, supporting apparent increased vigilance and awareness. Most importantly no infringing versions of films were sourced from a UK cinema during this period.

Simon Brown, Director of FCPA, said: “There has been some further fantastic anti-piracy awareness and vigilance by staff in cinemas across the UK and Ireland in recent months, leading to significant and successful disruptions of the activity. Today’s event focusses on acknowledging the great work done by some of those staff. We also take the opportunity to highlight the very attractive line-up of forthcoming releases and ask for continued high levels of vigilance to help deter copyright theft and infringement.”