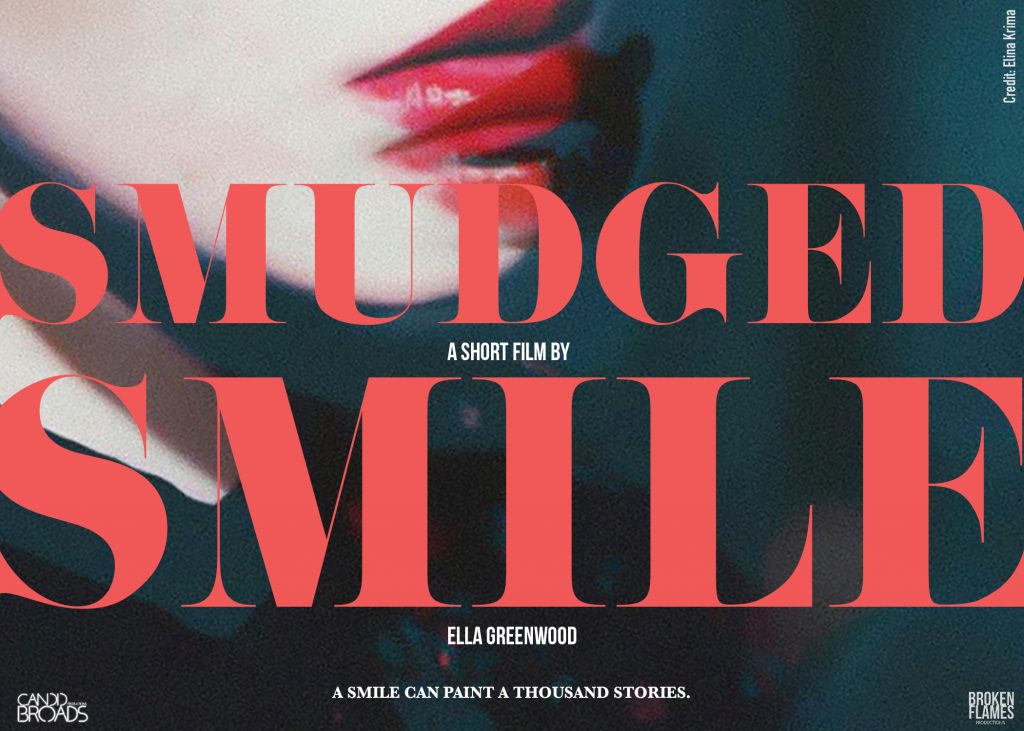 Smudged Smile will focus on Zoe, a joyful teenager whose infectious love for life elevates everyone around her. Her sweet 16 is coming up; everything is going well in Zoe’s world. But a smile can paint a thousand stories. Struggling with her mental health whilst maintaining the goofy, happy image that everyone knows and loves, Zoe faces an inner turmoil that overshadows what is meant to be the most exciting night of her year.

Numbers regarding depression experienced by teens were subjected to a higher increase these past few years. However, this condition is often unrecognisable or overlooked by the parents who often associate the symptoms to a mere phase. It is therefore still widely misunderstood and in some households considered as taboo. The children society argued that 75% of young people who suffer from mental health problems are not being treated which might later lead to undesirable consequences. The film will aim to raise awareness of teenage depression.

Ella Greenwood of Broken Flames is on board to direct, Oriane Pick of Candid Broads will produce, and award-winning screenwriter Hannah Westall will write the script.

Ella Greenwood is an actor and Filmmaker. Aged 18, she wrote, directed & produced her first film ‘Faulty Roots’ which was selected for many festivals including BAFTA Qualifying Bolton International Film Festival and Tallgrass Film Festival in the US. Her animation ‘Dreary Days’ premiered at Enimation Film Festival. She is now in development of her first feature film, which is an adaptation of Faulty Roots, as announced by Film Stories Magazine and featured by Deadline, Yahoo, Huffington Post, and more. She is also working on her next film ‘Self-Charm’, which was recently featured by Variety after announcing that Rocks (Netflix) Breakout Star Bukky Bakray would be taking on the lead role. She is the director of Broken Flames Productions, which is focusing on a slate of mental health based projects. Ella is an ambassador for leading teen mental health charity stem4 and was awarded Positive Female Role Model Of The Year at the Darkus Magazine 2020 Awards.

Oriane Pick is an actor and producer. In 2019, she produced and starred in the multi award-nominated short drama ‘Say Your Name’, for which she received two nominations as Best Actress. Having dreamt of creating her own series, Oriane is also the co-Showrunner, Executive Producer and one of the lead actresses in short form dramedy “Call It a Day”. She is the director of Candid Broads Productions which aspires to give the stars of tomorrow a chance to create their projects with a fresh and original perspective, bringing to life diverse and meaningful stories to independent filmmaking. She will be working with Assistant Producer Anais Ferrato on their projects, including the upcoming film “I AM” about a young woman suffering from schizophrenia, which hopes to bring a more human, less caricatured perspective on this mental illness and help break the stigmas and clichés still surrounding schizophrenia.

Hannah Westall is a Screenwriter from Swindon, UK. She wrote for fun for 4 years before deciding to get serious and study for an MA in Screenwriting at London College of Communication. Since then, Hannah has gone on to win the International Emmy’s 2020 Sir Peter Ustinov Television Scriptwriting Award, and has been shortlisted for a variety of other competitions. Hannah likes to write stories with unforgettable, complex female leads. She aims to elevate diverse voices and write about mental health in a progressive and empowering way.