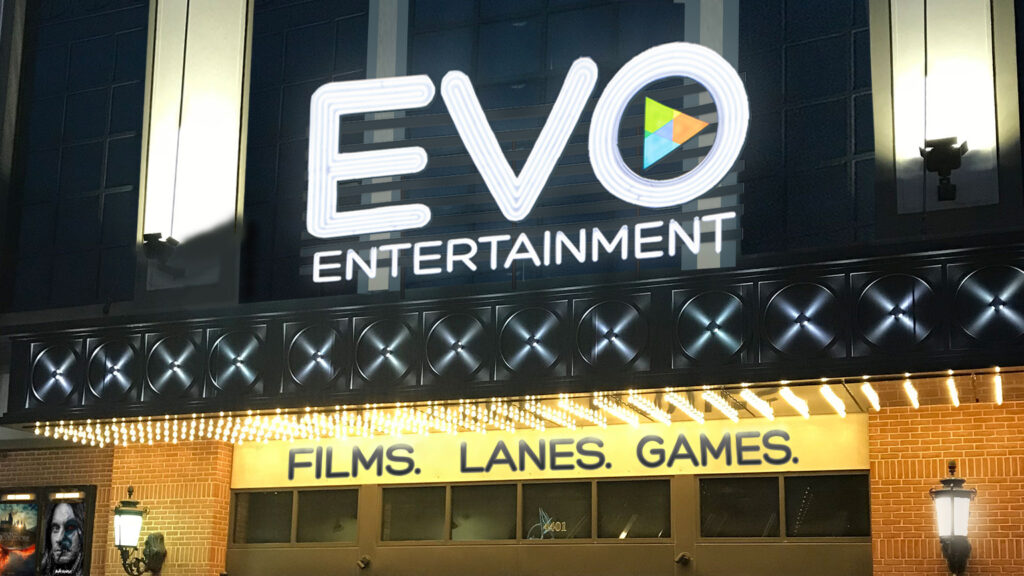 “We could not be any more excited to bring our brand of the entertainment experience to Hampton,” said EVO Founder & Chief Executive Officer Mitch Roberts. “We’ve spent a lot of time here and have fallen in love with the history and charm of this vibrant, diverse & family-focused community.”

Located within Peninsula Town Center at the site of the former Studio Movie Grill, EVO Entertainment Hampton will be situated with proximity to the Hampton Coliseum, the Hampton Roads Convention Center, and other popular retail and entertainment establishments. Beyond entertainment, EVO will employ more than 75 team members, further strengthening the region’s economy and bringing new job opportunities into the market.

Upon completion, this move will further expand EVO’s growing national footprint to 18 venues, 163 screens, 129 bowling lanes and over 45,000 combined square feet of gaming and attractions across five states.