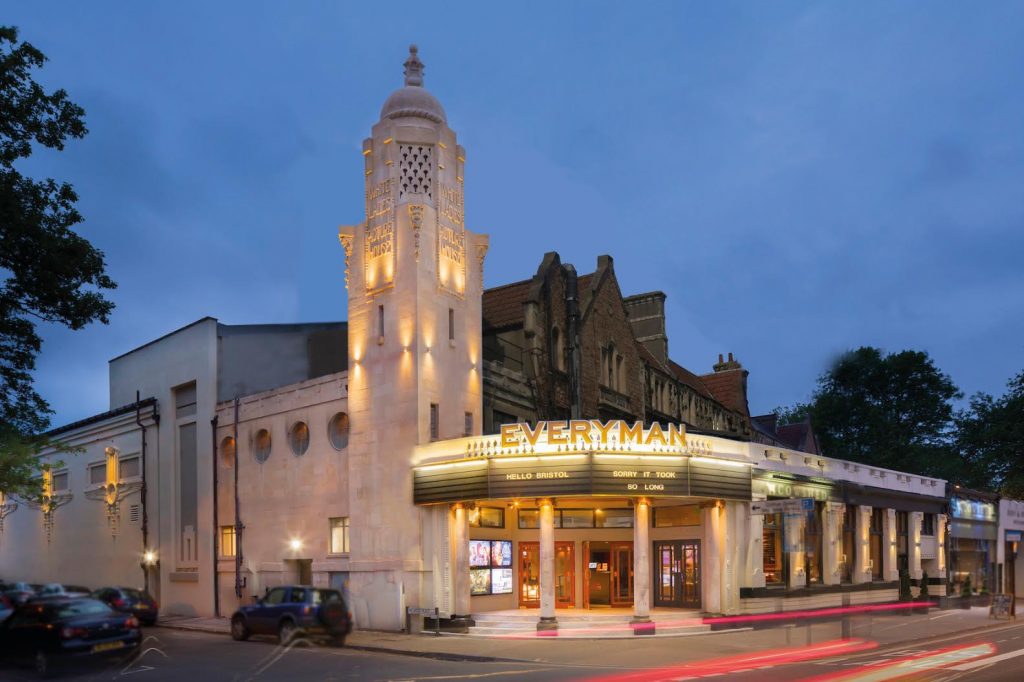 Everyman Cinemas has appointed Digital Cinema Media (DCM), the UK market leader in cinema advertising, as its commercial partner. DCM will take over the current contract, which is held by Pearl & Dean, from 12 December 2016. The new partnership further expands DCM’s growing estate which now represents 81% of cinemas in the UK.

A unique experience, Everyman is an independent network of boutique cinemas. With a passion for quality, from service of great food and drink to seating and films, every cinema has a bar at the heart of its social space. Everyman is also the fastest growing network in the UK, with 19 current venues, and soon to open in Chelmsford, Stratford-Upon-Avon and Kings Cross.

The news comes as Everyman continues to gather momentum as one of the fastest-growing independent networks in the UK with ambitious plans to expand into numerous new sites and cities over the next two years.

Everyman Cinemas will complement DCM’s portfolio which includes the major multiplexes Cineworld, ODEON and Vue, as well as the leading independent cinema groups Curzon, Picturehouse and other unique independent cinemas across the UK. The company’s boutique share alone will now grow to 66 cinemas with 190 screens (86% of the market).

2016 is proving to be another prosperous year for cinema. Releases such as The Girl on the Train, Bridget Jones’s Baby and Doctor Strange have contributed to a strong year for the medium and with another Star Wars film on the horizon in December, Rogue One: A Star Wars Story, expected to become the biggest film of the year there’s more good to come.

Digital Cinema Media’s CEO, Karen Stacey, said of the Everyman announcement: “Here at DCM it isn’t just about owning the ultimate screen in media; our focus has been on matching that with an unrivalled, premium service for our customers to make the experience as memorable as possible.”

“I have always admired the Everyman chain and am very proud and excited to be begin working with the Everyman team from December onwards. The 2017 film slate offers some amazing opportunities for us to really make the most of the partnership by providing unique, premium experiences.”

Everyman CEO, Crispin Lilly, added: “We’re excited to work with DCM on our advertising and partnerships. The Everyman brand offers a unique opportunity to connect with aspirational audiences. Our focus on hospitality and experience also draws guests to the venues for a real evening out, a perfect match for DCMs quality digital on screen and sponsorship campaigns.”

About DCM
Digital Cinema Media (DCM) is the market leader in UK cinema advertising, providing 3,107 screens at 485 sites for advertisers. DCM sells 81% of the cinema advertising market through exhibitors including Cineworld, ODEON, Vue, Picturehouse Cinemas, Curzon and many other leading independent cinemas.

The power of cinema is its ability to reach and engage audiences with no distractions. The biggest screen, a dark room, the best sound and impactful content means cinemagoers are engaged and ready to be told stories, so that brands have an unrivaled opportunity to entertain and connect with them. In the last few years, cinema advertising has also become easier to plan and buy, with greater flexibility and more affordable rates, shorter production lead times and improved sound and picture quality.

About Everyman
A unique experience, Everyman is an independent network of boutique cinemas. With a passion for quality, from service of great food and drink to seating and films, every cinema has a bar at the heart of its social space. Everyman is also the fastest growing network in the UK, with 19 current venues, and soon to open in Chelmsford, Stratford-Upon-Avon and Kings Cross.