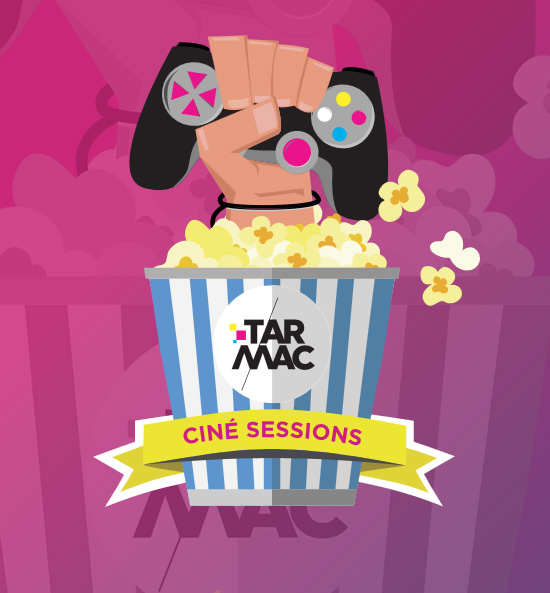 Premiering 27 September and held weekly from 7-11 pm through 6 December, the ten Ciné Sessions events branded under RTBF’s new urban playground “Tarmac” will take place at the Kinepolis Brussels complex. It will be hosted by popular gaming personalities Sunny, Tahiti and Mr Quaraté, and live-streamed on the TARMAC’s official Twitch channel, Tarmacbe, as part of its Thursday evening “Que Le Stream” show, aka #QLS. Open to players across Belgium, the Tarmac Ciné Sessions, which are expected to attract up to 150 players per event, help make the concept of offline video game tournaments available to the widest possible audience, with the added benefit of the comfort, conviviality and interactivity of a cinema auditorium, and the latest digital projection technologies.

“These events are for all gamers, of all levels, entirely free of charge,” explains Vincent Bruère, EclairGame Project Manager. “Players can participate in one of the four simultaneous tournaments organized each session or play freely with their friends. They can even sign up for a coaching session with an experienced player, if they wish. The goal is for everyone to enjoy themselves.”

“We are incredibly excited to be hosting these extraordinary events for the first time in Belgium,” adds Grégory Carette, RTBF’s Gaming Coordinator. “Through our Tarmac Ciné Sessions, we aim to help kindle the eSports community as well as the larger gaming community across Belgium. Players can play on the big screen or directly on their seatback monitors thanks to a unique setup created by EclairGame. Obviously, the event is also open to anyone wanting to come to the Kinepolis Brussels to watch these players in action. The most important is to take advantage of this exceptional opportunity to have a great time in a cinema.”

One main tournament is planned per event and will be shown in its entirety during the Tarmac livestream, with up to three additional minor tournaments taking place concurrently in the auditorium.

EclairGame is the new eSports-based entertainment solution for cinemas from Ymagis Group, the European specialist in digital technologies for the film industry. To attract a local public keen to enjoy this new form of entertainment, EclairGame enables amateur and professional eSport fans to take part in championships or undertake training sessions in today’s most popular video games in the comfort of a cinema auditorium. Founded in 2007 and managed by professionals from the motion picture and high-tech industries, Ymagis Group is a European leader in advanced digital technology services for the cinema industry. Through CinemaNext and Eclair, the Group provides smart, comprehensive solutions to movie exhibitors, distributors (feature films & event cinema), producers, rights holders, cinema/TV advertising networks, broadcasters, OTT channels and video publishers. Over the years, Ymagis Group has significantly expanded its portfolio of solutions & services and further developed its geographic footprint in Europe with permanent offices in 26 countries. A publicly-traded company listed on Euronext, Ymagis Group is headquartered in Paris (France) and has close to 800 employees. For more information, please connect to https://www.ymagis.com, https://www.cinemanext.com or https://www.eclair.digital

TARMAC is the RTBF’s urban media for the new generations. Created in June 2017, it is positioned as the eSports reference in French-speaking Belgium thanks to the QLS show and the various gaming events it organizes, such as the Dragon Ball FighterZ Challenge.