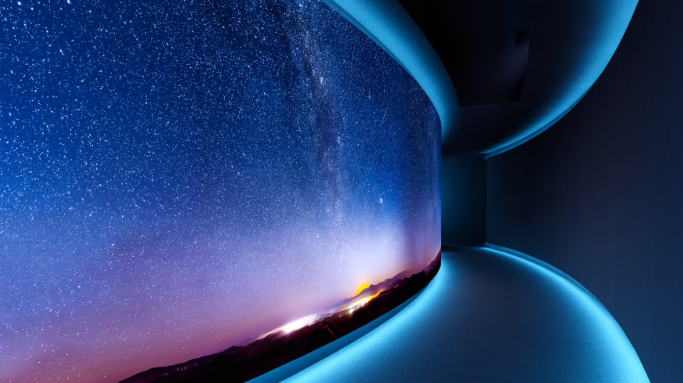 “Wanying is a highly recognized cinema line in China with great strength and potential. It has been an incredible journey with Wanying as we worked together to extend the footprints of the transformative and innovative Dolby Cinema experience in China,” said Doug Darrow, Senior Vice President, Cinema Business Group, Dolby Laboratories. “Now we are thrilled to further enhance our collaboration with additional commitment from Wanying, which marks a significant milestone in our Dolby Cinema momentum. We hope our work with Wanying could also help bring more confidence to the industry and movie lovers who are eager to come back and experience the magic of Dolby Cinema.”

“Dolby Cinema represents the best-in-class moviegoing experience we promise to our patrons and is a perfect match to our high-end cinema brand, MIXCINE. We always believe that it is technology that expands the boundaries of image and sound representation. Dolby Cinema’s cutting-edge technology is highly in line with our ultimate pursuit of presenting the genuinity and aesthetics of every movie,” said Hua Chen, General Manager, Wanying Cinema Line. “Ever since we opened our first Dolby Cinema at Wanying’s flagship site at Shenzhen Bay, Dolby Cinema has been proven as one of the most sought-after premium experiences in our cinemas. We are excited to be able to bring the highly acclaimed Dolby Cinema experience to more locations in the future and allow more people to get fully immersed in the story like never before.”

Dolby Cinema offers the complete Dolby movie experience. Dolby Vision laser projection and Dolby Atmos immersive audio, together with an inspired cinema design, provide the ultimate movie experience from the cinema entrance to the end of the movie.

Dolby Vision unlocks ultravivid colors beyond your imagination and reveals the subtle details of every scene. It is realized through a dual 4K laser, Dolby Vision HDR projector system to deliver ultravivid picture quality. The result is a dramatically different viewing experience with brighter brights and darker darks, making viewers feel like they are inside the movie’s world. With Dolby Atmos, people experience movies in a whole new way with immersive sound that moves all around you – even overhead and behind you – just like it does in real life. The clarity and precision of Dolby Atmos create a stunning, textured soundscape that adds layers of depth and reality to each scene.

To date, more than 250 Dolby Cinema locations have been installed globally, with an additional 200 sites committed worldwide. With support from all major Hollywood studios and a growing group of content creators around the world, there have been more than 315 theatrical titles released or committed in both Dolby Vision and Dolby Atmos, including the top ten worldwide box office leaders in 2019. Dolby audio-visual technologies were also utilized in 11 Oscar winning films at the 92 nd Academy Awards.

About Dolby Laboratories
Dolby Laboratories (NYSE: DLB) is based in San Francisco with offices in over 20 countries around the globe. Dolby transforms the science of sight and sound into spectacular experiences. Through innovative research and engineering, we create breakthrough experiences for billions of people worldwide through a collaborative ecosystem spanning artists, businesses, and consumers. The experiences people have – with Dolby Cinema, Dolby Vision, Dolby Atmos, Dolby Audio, and Dolby Voice – revolutionize entertainment and communications at the cinema, on the go, in the home, and at work.

About Wanying Cinema Line and the MIXCINE
Wanying Cinema Line (Shenzhen) Co., Ltd. was established in February, 2018. It is wholly owned by China Resources Land, a leading commercial real estate company in China. It specializes in cinema investment and other cinema related businesses.

Wanying Cinema Line shoulders the responsibility of popularizing film culture and building people's cinemas of a new era. It creates a platform for local high-quality film screening with artistic principles; seeks to form an industry scale and establish professional influence; and is devoted to developing diversified businesses to enhance profitability.

The MIXCINE is a domestic high-end film center invested, constructed and operated by Wanying Cinema Line. With the "Efficient Use of Optics and Acoustics" as the core concept of construction, and "All for the film watching experience" as the key operation philosophy, it creates premium movie theaters with excellent experiences for film fans.