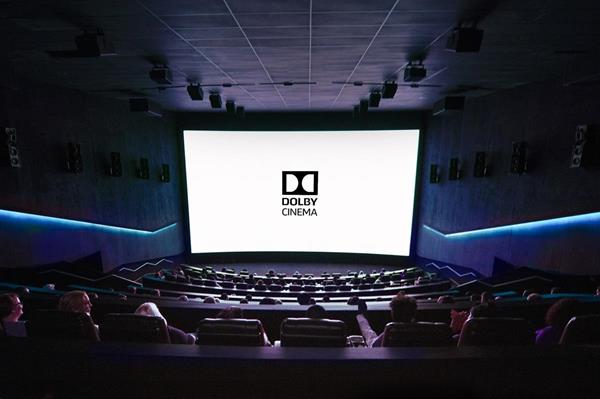 The global creative community has adopted Dolby Atmos as the premier format for maintaining sound fidelity. From mixing to playback, Dolby Atmos delivers the best audio experience available for moviegoers. There are now over 200 Dolby Atmos mixing facilities worldwide, and more than 1,300 feature films that have been mixed and mastered in Dolby Atmos.

Making its debut at CinemaCon, the Dolby Cinema Processor CP950 offers the most innovative way of installing Dolby 5.1 and 7.1 surround and includes an expansion slot for future upgradability to Dolby Atmos. This feature-packed solution offers ease of installation and servicing, a built-in booth monitor, intuitive front-panel user interface, color touchscreen, crossover for bi-amplified or tri-amplified screen loudspeakers, and web interface for enhanced access and usability.

In addition to the new Dolby Cinema Processor CP950, other Dolby technologies highlighted at CinemaCon include:

Dolby’s technologies will be showcased at CinemaCon in Las Vegas, Nevada from April 1 – 4 at booth #2503A in the Augustus Ballroom.

About Dolby Laboratories
Dolby Laboratories (NYSE: DLB) is based in San Francisco with offices in over 20 countries around the globe. Dolby transforms the science of sight and sound into spectacular experiences. Through innovative research and engineering, we create breakthrough experiences for billions of people worldwide through a collaborative ecosystem spanning artists, businesses, and consumers. The experiences people have – with Dolby Cinema, Dolby Vision, Dolby Atmos, Dolby Voice, Dolby Dimension, and Dolby Audio – revolutionize entertainment and communications at the cinema, on the go, in the home, and at work.

Dolby, Dolby Atmos, Dolby Audio, Dolby Cinema, Dolby Dimension, Dolby Vision, Dolby Voice, and the double-D symbol are among the registered and unregistered trademarks of Dolby Laboratories, Inc. in the United States and/or other countries. Other trademarks remain the property of their respective owners.