Dolby and Cinescape to Bring First Dolby Cinemas to Kuwait 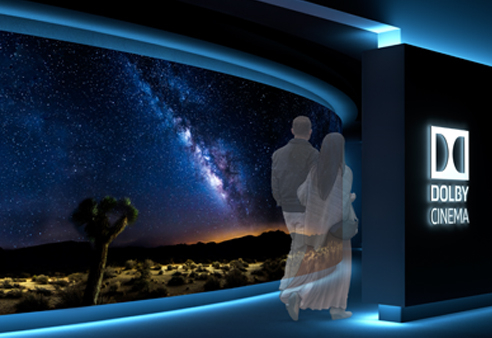 Dolby Laboratories, Inc. and the Kuwait National Cinema Company (KNCC) have entered into a three-screen agreement for the first deployments of Dolby Cinema in Kuwait. The first site is expected to open later in 2018 at the 360 Mall in Kuwait City with KNCC operating under the Cinescape brand.

The news comes hot on the heels of recent announcements of upcoming openings in the UK with Odeon and with Kinopolis in Germany.

“We are really pleased to be able to continue to drive momentum in our strategy to expand the Dolby Cinema footprint in the Europe and Middle East region,” said Doug Darrow, Senior Vice President, Cinema Business Group, Dolby Laboratories.

“We’re delighted to be working with such a progressive leader in the region. Customers in Kuwait will now be able to experience the ultimate presentation for all genres of film. Dolby Cinema combines spectacular image, moving audio and inspired design to deliver a superior and immersive experience for movie-goers,” he added.

Each Dolby Cinema is equipped with the Dolby Vision laser projection system which delivers high dynamic range with enhanced color technology and a contrast ratio which far exceeds anything on the market today. The result is a dramatically different viewing experience that presents strikingly vivid and realistic images, making viewers feel like they are inside the movie’s world.

With Dolby Atmos, guests are transported inside the story with immersive sound that flows all around them, even overhead, creating breathtaking realism and a powerfully moving experience.

With Dolby’s inspired design, the Dolby Cinemas in Kuwait will provide customers with the ideal cinema environment from the entrance to the end of the film story.

Khaled Al Marzouq, Business Development Manager at KNCC commented: “We are committed to bringing our Cinescape customers the very best in movie entertainment and are really looking forward to offering Dolby Cinema: a more dramatic and engaging film viewing experience for cinema-goers, and the format beloved of Hollywood directors. We are really proud to be the first location in Kuwait to be offering film lovers this state-of-the-art film experience.”

About Dolby Laboratories
Dolby Laboratories DLB, +0.17% is based in San Francisco with offices in over 20 countries around the globe. Dolby transforms the science of sight and sound into spectacular experiences. Through innovative research and engineering, we create breakthrough experiences for billions of people worldwide through a collaborative ecosystem spanning artists, businesses, and consumers. The experiences people have – in Dolby Vision, Dolby Atmos, Dolby Cinema, Dolby Voice, and Dolby Audio – revolutionize entertainment and communications at the cinema, on the go, in the home, and at work.

About KNCC/Cinescape
Kuwait National Cinema Company was founded in 1954 is the leading cinema exhibitor in Kuwait. Cinescape, the cinema chain operated by KNCC, is a leader in providing innovative and fulfilling cinema experiences in Kuwait. The company continues to introduce technological advances to bring moviegoers superior cinematic experiences. Dolby Cinema is the latest of the initiatives. The first Dolby Cinema will open at Cinescape 360 later this year, followed in early 2019 by the second at the Cinescape Avenues. For more information, please visit www.cinescape.com.kw.

Dolby, Dolby Atmos, Dolby Audio, Dolby Cinema, Dolby Vision, Dolby Voice, and the double-D symbol are among the registered and unregistered trademarks of Dolby Laboratories, Inc. in the Unites States and/or other countries. Other trademarks remain the property of their respective owners.