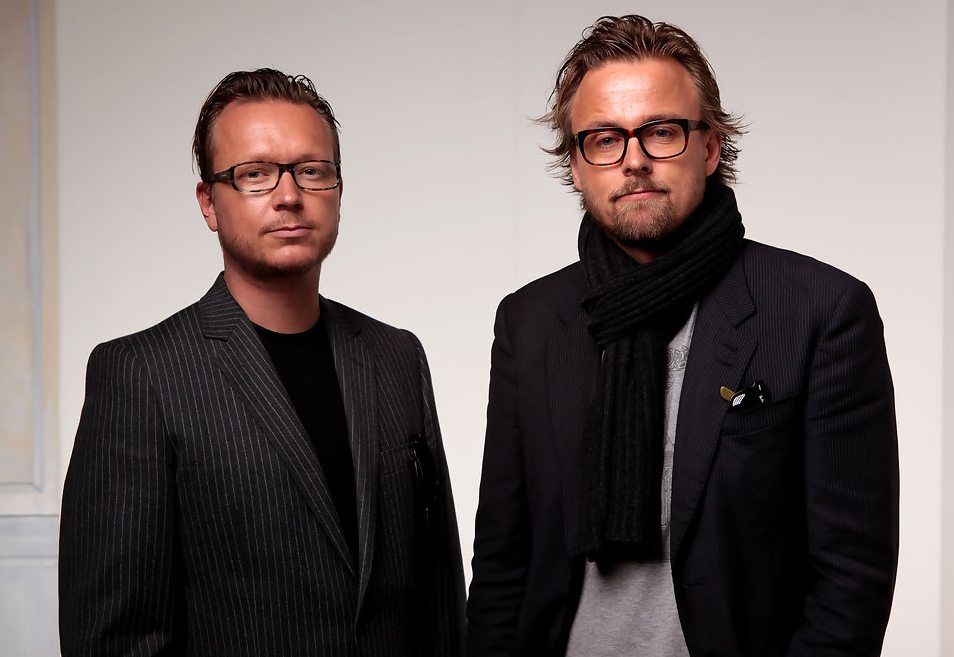 "Pirates of the Caribbean: Dead Men Tell No Tales" to be Released by Walt Disney Pictures on May 26, 2017

Joachim Rønning and Espen Sandberg, the directors of Disney/Jerry Bruckheimer Films’ “Pirates of the Caribbean: Dead Men Tell No Tales,” will receive the “CinemaCon International Filmmakers of the Year Award,” it was announced today by Mitch Neuhauser, Managing Director of CinemaCon. CinemaCon, the official convention of The National Association of Theatre Owners (NATO), will be held March 27- 30 at Caesars Palace in Las Vegas. Rønning and Espen will be presented with this award during the International Day Luncheon on Monday, March 27, 2017.

“If ‘Kon Tiki’ put these two incredibly talented filmmakers on the map in 2012, so to speak, then surely ‘Pirates of the Caribbean: Dead Men Tell No Tales’ will see them conquering the universe come May 26th,” noted Neuhauser. “One can only imagine what it must be like to be entrusted with one of the most beloved franchises of all time, and we can’t wait for Captain Jack Sparrow to return to our screens this summer. We are extremely excited to be honoring both Joachim Rønning and Espen Sandberg as our International Filmmakers of the Year.”

Johnny Depp returns to the big screen as the iconic, swashbuckling anti-hero Jack Sparrow in “Pirates of the Caribbean: Dead Men Tell No Tales,” to be released on May 26, 2017 by Walt Disney Pictures. The film finds down-on-his luck Captain Jack feeling the winds of ill-fortune blowing strongly his way when deadly ghost sailors, led by the terrifying Captain Salazar (Javier Bardem), escape from the Devil’s Triangle bent on killing every pirate at sea – notably Jack. Jack’s only hope of survival lies in the legendary Trident of Poseidon, but to find it he must forge an uneasy alliance with Carina Smyth (Kaya Scodelario), a brilliant and beautiful astronomer, and Henry (Brenton Thwaites), a headstrong young sailor in the Royal Navy. At the helm of the Dying Gull, his pitifully small and shabby ship, Captain Jack seeks not only to reverse his recent spate of ill fortune, but to save his very life from the most formidable and malicious foe he has ever faced.

Growing up in the 1980s in Sandefjord, Norway, Joachim Rønning and his childhood friend Espen Sandberg spent their free time making short films with Joachim’s dad’s 30-pound home video camera. They attended Stockholm Film School in Sweden where they founded their own company, Roenberg. Following a mandatory stint making military propaganda videos for the Royal Norwegian Army, they went on to begin directing commercials and music videos professionally in Oslo where their extensive and award-winning work led to major international commissions, such as ads for Airbus, Nintendo, Coca-Cola, GE and Nokia. Rønning and Sandberg first came to attention in the American commercial film market with their spots for Capital One, Labatt and most notably “Rex” for Budweiser. In 2008 they won the Lions in Cannes for their Hydro commercial “Train Loop.” Their first feature film “Bandidas,” starring Salma Hayek and Penelope Cruz, was released in 2006 and they followed that up with “Max Manus” in December 2008. which became the highest grossing Norwegian movie of all time. In 2012 they released “Kon-Tiki,” which made history as the first Norwegian film to ever receive both Golden Globe and Oscar nominations in the Best Foreign Language Film category.