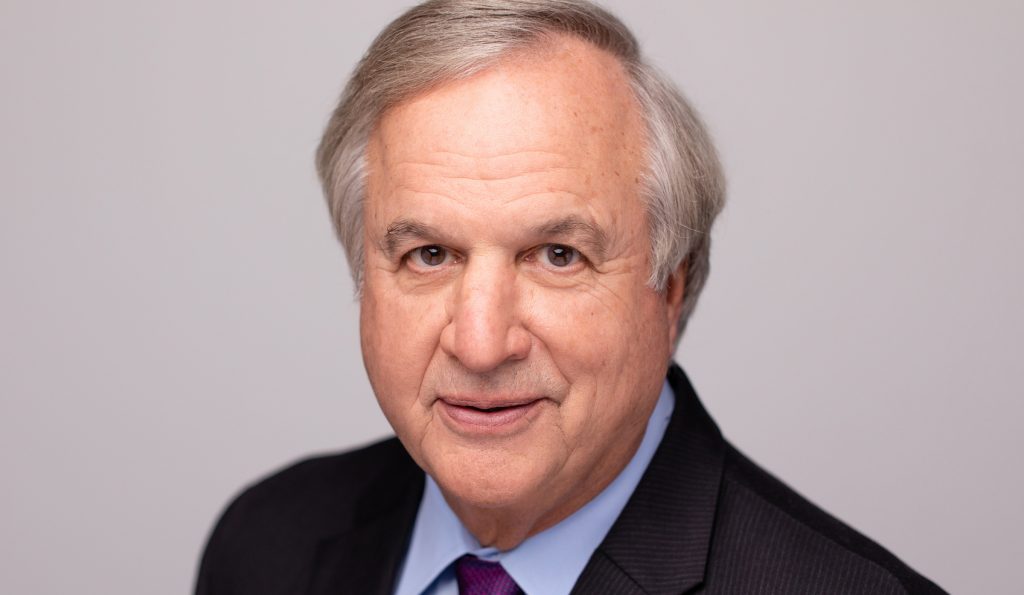 Christie has announced that Jack Kline, a pioneer in digital cinema technology and architect of the innovative Virtual Print Fee (VPF) that accelerated the adoption of digital projection in movie theaters and created a revolution in global entertainment, is stepping down as Chairman, President and CEO of Christie after 40 years with the company, effective April 1, 2019. Current Chief Financial Officer Kazuhisa Kamiyama will assume the role as Chairman and CEO, while Kline remains at the company as an Executive Advisor to the CEO until April 1, 2020 to assist in a smooth transition.

“I am fortunate to have worked at Christie my entire professional life and to have played a critical role in leading the company into the digital age, helping it become a global force in digital display technology,” said Kline. “I have full confidence in the future of Christie, which is filled with talented, dedicated and highly motivated people who are focused on developing innovative technology and service to our customers.”

Added Kamiyama, “Jack’s leadership and strategic vision were instrumental in helping Christie to establish its market dominance worldwide, while also helping it to successfully navigate the diverse market challenges as the industry and the competition evolved. His exceptional qualities as a leader also set the performance standard for management and staff at all levels and, today, continues to guide, motivate and inspire new generations of leaders within the company.”

An Industry Trailblazer
During his tenure at Christie, Kline was responsible for leading the company’s visionary growth strategy that included the purchase of Canada’s Electrohome Projection Systems in 1999; and, shortly afterwards, becoming the first OEM to license and bring to market digital cinema projectors using Texas Instruments’ DLP Cinema technology. The move catapulted the company from a 35mm analog projector manufacturer to a global provider of high power, high performance digital projection solutions. It established Christie as a leader in the exhibition industry and set the stage for Christie’s dramatic growth into a digital display powerhouse, with annual sales surging from several hundred million to nearly a billion dollars.

In 2005, he successfully created strategic partnerships with major Hollywood studios, exhibitors, projector manufacturers, and technology providers to advance the installation of digital cinema. He then played a critical role in developing the Virtual Print Fee (VPF) financial solution and the Christie/AIX deployment program that introduced thousands of cutting-edge digital cinema projectors into the marketplace. The program’s success played a key role in sparking the adoption of digital ?cinema projectors and launching a revolution in entertainment worldwide. In recognition of his accomplishments, he was presented with the ‘Ken Mason Inter-Society Award’ at CinemaCon in 2014. The award honors individuals who provide “outstanding long-term contributions leading to the overall improvement of the motion picture experience.”

Kline also led the revolution in managed services in 2009 with the launch of Christie Professional Services and the Christie Network Operations Center (NOC), a state-of-the-art facility that offers 24/7 remote monitoring and configuration management of customers’ visual display systems throughout North America. He continued to strengthen and expand Christie’s global footprint through the distribution of high performance digital projection displays and visualization solutions across the company’s major divisions, including Cinema, Enterprise/Entertainment and Content Management & Processing (CMP).

A History of Service and Community Outreach
Kline joined Christie in 1979 as a National Sales Representative and was promoted to Vice President of Sales and Marketing in 1988. He was named Executive Vice President and COO in 1997 and appointed President and COO in 1999. In 2014, he assumed the role of chairman, president and CEO of all of Christie’s operating companies, worldwide. Kline is a member of various industry organizations, including the Society of Motion Picture & Television Engineers (SMPTE), the Will Rogers Motion Picture Pioneers, and the International Cinema Technology Association (ICTA). He is also actively involved with numerous charities, including the Lollipop Theater Network, the National Multiple Sclerosis (M.S.) Society, Rise Against Hunger, Orange County Business Leadership Committee, and Variety – The Children’s Charity of the United States.

Kazuhisa joined Christie’s parent company Ushio Inc. in 1995 and became CFO of Ushio America in 2003. He was named General Manager of Accounting in 2011 and Executive Officer, General Manager of Ushio’s Corporate Headquarters (parent company of Christie and Ushio America) in 2016, overseeing company financials that included investor and bank relations, and Mergers & Acquisitions. He graduated with an MBA from the International University of Japan.

“Jack’s vision and his spirit of innovation will remain integral parts of the company’s success for years to come,” said Kamiyama.