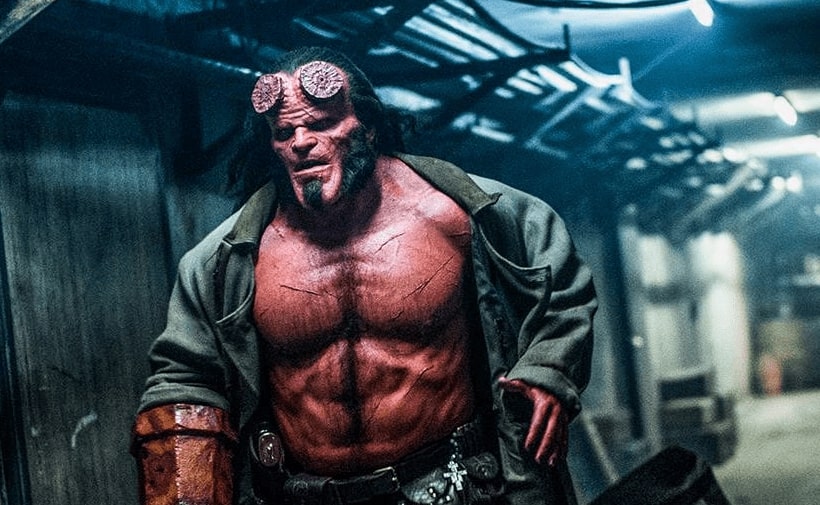 Washington D.C. (March 11, 2019) – David Harbour will receive this year’s “CinemaCon® Action Star of the Year Award.” Mitch Neuhauser, Managing Director of CinemaCon, announced the award today. CinemaCon, the official convention of NATO, will be held April 1-4, 2019 at Caesars Palace in Las Vegas. Harbour will be presented with this special honor at the “CinemaCon Big Screen Achievement Awards” ceremony taking place on the evening of Thursday, April 4, at The Colosseum at Caesars Palace, hosted by the Coca-Cola Company, the official presenting sponsor of CinemaCon.

“With an impressive resume spanning film, television and stage, David Harbour is sure to bring his own unique performance to the Mike Mignola-created character of Hellboy,” noted Neuhauser. “We could not be more excited to honor this versatile actor with the ‘CinemaCon Action Star of the Year Award.’”

Hellboy is back, and he’s on fire. From the pages of Mike Mignola’s seminal work, this action packed story sees the legendary half-demon superhero (David Harbour, “Stranger Things”) called to the English countryside to battle a trio of rampaging giants. There he discovers The Blood Queen, Nimue (Milla Jovovich, Resident Evil series), a resurrected ancient sorceress thirsting to avenge a past betrayal. Suddenly caught in a clash between the supernatural and the human, Hellboy is now hell-bent on stopping Nimue without triggering the end of the world.  Hellboy also features Ian McShane (John Wick), Daniel Dae Kim (“Hawaii Five-0” and “Lost”), and Sasha Lane (American Honey).

An Emmy and Golden Globe nominee and SAG and Critic’s Choice Award winner for his role as Chief Jim Hopper on “Stranger Things,” Harbour has appeared on the small screen in such series as “Manhattan,” “The Newsroom,” “State of Affairs,” “Rake,” and “Pan Am.” On the big screen his credits include “Human Affairs,” “Sleepless,” “Suicide Squad,” “Black Mass,” “The Equalizer,” “A Walk Among Tombstones,” “Parkland,” “End of Watch,” “Revolutionary Road,” “Thin Ice,” “Brokeback Mountain,” “The Green Hornet,” “Quantum of Solace, “W.E.,” and “Between Us.” On the stage, Harbour was a Tony nominee for the revival of “Who’s Afraid of Virginia Woolf?,” and has also appeared in such productions as “Fifth of July,” “Glengarry Glen Ross,” “The Merchant of Venice,” “The Invention of Love,” and “The Coast of Utopia.” Harbour recently wrapped production on the Netflix action film?Dhaka, opposite Chris Hemsworth.