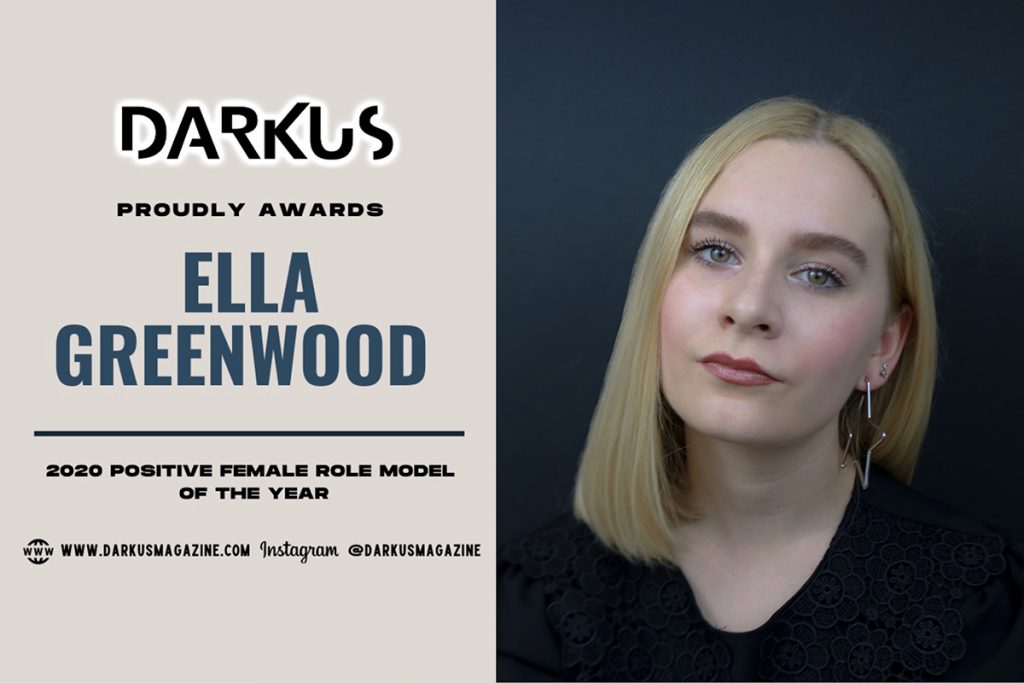 The Darkus Magazine 2020 Awards have just been announced and filmmaker Ella Greenwood has been awarded positive female role model of the year, at the age of only 19. Greenwood is the director of London-based production company Broken Flames Productions, which is building a slate of mental health based projects. She is a mental health advocate and is an ambassador for leading teen mental health charity stem4.

With her debut feature “Faulty Roots” being announced by Deadline earlier this year, and her latest project “Self-Charm” featuring in Variety, Greenwood is working on various projects that focus on mental illness, and has attracted extremely talented cast members including the likes of Bukky Bakray, star of Netflix’s “Rocks” and 2020 BAFTA Breakthrough Talent, as well as Gavin & Stacey’s Melanie Walters. Greenwood campaigns for better media representation of mental health and promotes female filmmaking and female-led stories.