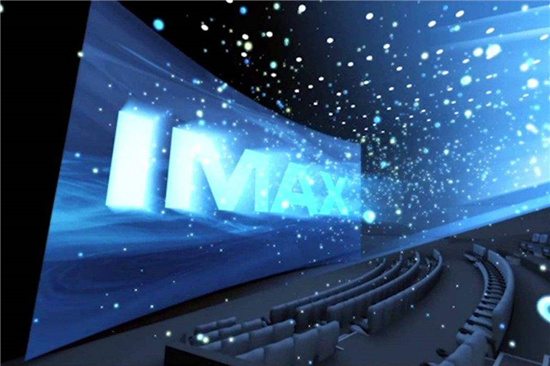 “I’m delighted to welcome Dadi Cinema Group as our newest exhibitor in China. As the second-largest exhibitor in the country, this is an important and strategic partnership,” said Richard L. Gelfond, IMAX CEO.  “Today’s agreement demonstrates that our differentiated cinema experience and powerful brand continues to be a competitive advantage for the nation’s exhibition giants.”

“Dadi Cinema has been committed to providing a high-quality experience for Chinese audiences ever since its establishment, and it has been upgrading, making breakthroughs and innovations over the years,” said Yu Xin, CEO of Dadi Cinemas Group. “We are honored to partner with IMAX, the world’s leading entertainment technology company, and through our partnership, we look forward to offering more Chinese moviegoers the premium cinematic experience.”

About Dadi Cinema
Established in 2006, Dadi Cinema Group provides management and operation of its direct theaters. As of the end of August 2017, Dadi have opened 455 theaters (including OSGH) with a total of 2664 screens, covering 29 provinces and 178 cities. In 2016 Dadi’s box office reached 2.237 billion yuan, making it the second largest theater investment and management company in China.

In 2015, the concept of “film plus” was first introduced in the industry by Dadi Cinema, including film + innovative internet, film + innovative retail and film + innovative dining. The new “film + creative culture” project was put forward in 2016 and then was officially launched in 2017. The project delivers exclusive music experiences by holding nine concerts in four places.

In January 2017, Dadi acquired all the OSGH cinemas in China mainland for 3.387 billion yuan, which improved its strategic blueprint and sales productivity through resource integration.

About IMAX China
IMAX China is a subsidiary of IMAX Corporation, and is incorporated under the laws of Cayman Islands. IMAX China was established by IMAX Corporation specifically to oversee the expansion of IMAX’s business throughout Greater China. IMAX China trades on the Hong Kong Stock Exchange under the stock code “HK.1970.”

IMAX®, IMAX® 3D, IMAX DMR®, Experience It In IMAX®, An IMAX 3D Experience®, The IMAX Experience®, IMAX Is Believing® and IMAX nXos®are trademarks of IMAX Corporation. More information about the Company can be found at www.imax.com. You may also connect with IMAX on Facebook (www.facebook.com/imax), Twitter (www.twitter.com/imax) and YouTube (www.youtube.com/imaxmovies).