D-Box Reaches Exciting Milestone in Germany With More Than 100 Installed Screens, Underlining the Growing Success of the Company Around the World 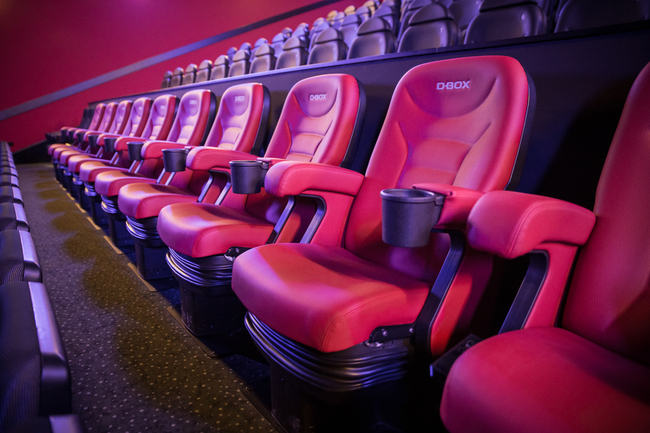 D-BOX Technologies Inc., a world leader in immersive entertainment experiences, is celebrating the recent installation of new D-BOX motion seats in several venues across Germany reaching a new milestone of over 100 screens.

The very first D-BOX screen was installed in the city of Mulheim in 2011 making the country one of the very first adopters of the motion technology. Not surprisingly, its popularity in Germany has grown over the years to a point where the country has earned the envious distinction of having the most D-BOX seats in Europe.

“We are really happy to see D-BOX prosper as much as it has throughout Germany,” states Claude Mc Master, President and CEO for D-BOX. “With so many locations to choose from across the country, moviegoers have countless opportunities to experience the latest blockbusters in D-BOX. We want to extend our gratitude to the local exhibitors who took a chance on us in 2011 and proved that D-BOX is a great way to boost their take at the box office, create a distinctive brand and give customers the kind of top-tier entertainment experience they’ve been looking for.”

The popularity of online streaming services and the competitive nature of the theatrical industry has forced more exhibitors to seek out exciting new ways to attract customers and build business.

“As the official installation supplier for D-BOX, I am really proud to have played a pioneering role in this success story,” explains Thomas Rüttgers, managing director at ECCO Cine Supply and Service GmbH. “When I first came to know D-BOX, I was immediately enthralled by this unique immersive experience. I then approached the cinema in Mulheim and convinced them to try out D-BOX – which they luckily did – and so the story began.”

D-BOX redefines and creates hyper-realistic, immersive entertainment experiences by moving the body and sparking the imagination through motion. This expertise is one of the reasons why D-BOX has collaborated with some of the best companies in the world to deliver new ways to enhance great stories. Whether it’s movies, video games, virtual reality applications, themed entertainment or professional simulation, D-BOX will make sure, you feel it all.

D-BOX Technologies Inc. is a publicly traded Canadian company listed on the Toronto Stock Exchange (TSX: DBO).  The head office is located in Montreal and satellite offices are based in Los Angeles, USA and Beijing, China. www.d-box.com