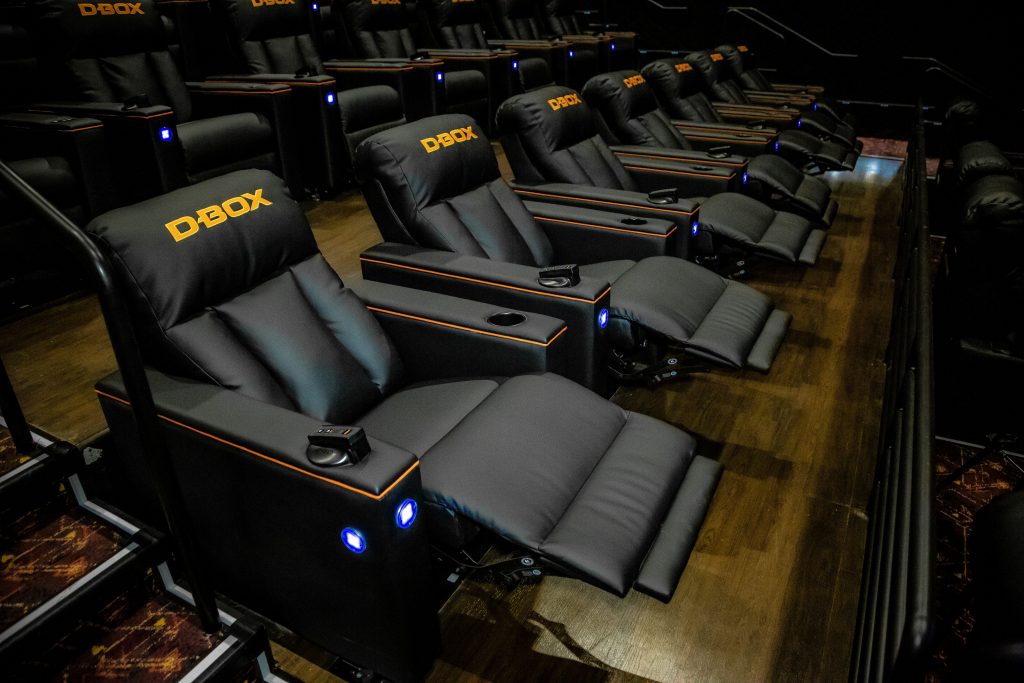 D-BOX Technologies Inc., a world leader in immersive entertainment experiences, is pleased to announce that they have signed their first contract with Hoyts, the largest single-brand movie exhibitor in Australia and one of the country’s leading entertainment companies. This agreement will see 4 full auditoriums in Sydney and Melbourne outfitted with more than 200 D-BOX motion recliner seats.

This news comes as D-BOX celebrates its 10th anniversary in the movie industry and is designed to solidify HOYTS position in the marketplace and offer Australian moviegoers an exciting new premium entertainment option.

With a loyal fan base in over 40 countries around the world, D-BOX has perfected the art of immersing people in the storyline by perfectly synchronizing the action on the screen with the movement in the seats. The result is an unparalleled experience that has literally changed the way people watch movies.

“After 10 years in the movie business, we are so proud of signing an agreement like this one, especially with a prestigious exhibitor like HOYTS,’’ states Claude Mc Master, President and CEO for D-BOX. “This is our first time in Australia, so we’re thrilled to finally give moviegoers an opportunity to experience the latest blockbusters through the power of our immersive motion technology.”

“When it comes to providing the best entertainment experience for our guests, we strive to set the highest standard each time,” says Damian Keogh, President and CEO of The HOYTS Group. “This new agreement to install D-BOX high fidelity motion seats in every auditorium will change the way people watch movies in the most comfortable D-BOX motion recliner seats. Needless to say, we’re very eager to introduce moviegoers to an incredibly immersive way to experience movies that already has legions of fans all over the globe.”

Installation of the D-BOX motion recliners is set to begin mid this year.

About D-BOX
D-BOX redefines and creates hyper-realistic, immersive entertainment experiences by moving the body and sparking the imagination through motion. This expertise is one of the reasons why D-BOX has collaborated with some of the best companies in the world to deliver new ways to enhance great stories. Whether it’s movies, video games, virtual reality applications, themed entertainment or professional simulation, D-BOX will make sure, you feel it all.

D-BOX Technologies Inc. is a publicly traded Canadian company listed on the Toronto Stock Exchange (TSX: DBO).  The head office is located in Montreal and offices are based in Los Angeles, USA and Beijing, China. www.d-box.com

Since opening the doors of their first cinema in 1909, HOYTS has gone on to become one of the world’s leading entertainment companies – boasting 52 cinemas with more than 450 screens, and over 55,000 seats, across the network. Today, they’re the largest single-brand movie exhibitor in Australia and New Zealand.