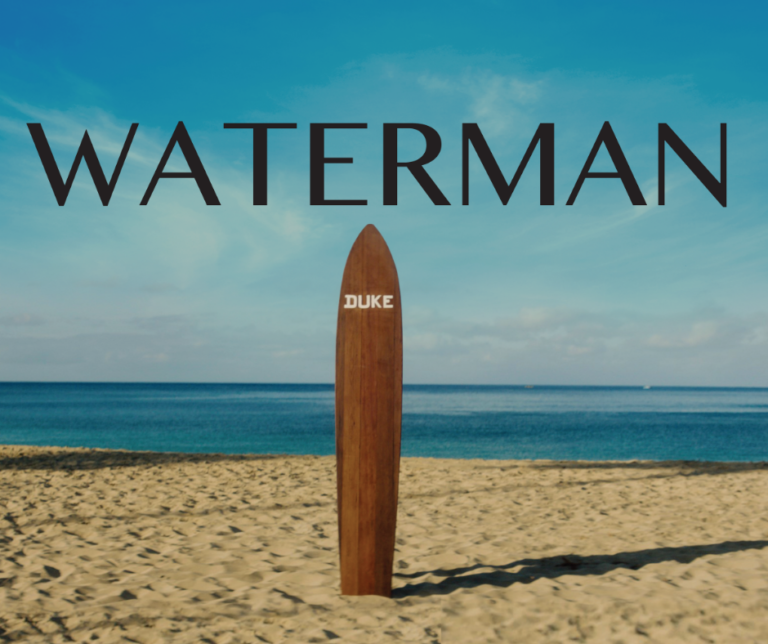 The Third-Annual Coast Film Festival (CFF) is honored to present the U.S. Mainland premiere of Waterman, an original documentary on the life of Duke Kahanamoku, the revered surf legend and Olympian. Produced by Sidewinder Films and narrated by Jason Momoa, Waterman explores Duke’s journey and legacy as a legendary swimmer, trailblazer, and the undisputed father of modern-day surfing, following the sport’s first-time inclusion in this year’s Games – a fitting tribute to his work promoting the sport around the globe. (Showing Saturday, November 13, 8:00pm)

“It is a tremendous honor for the Coast Film Festival to premiere Duke’s story in Laguna Beach, one of the epicenters of West Coast surf culture,” said Ben Warner, Founder and Executive Producer of Coast Film Festival. “Waterman exemplifies our mission and commitment to entertain, educate and inspire the human spirit, and it’s extra special for us to show this film to the legions of Duke’s fans in the area who are deeply rooted in the history of surfing.”

Flying in from Hawaii and other parts of the country to attend Waterman’s Mainland Premiere are Producers David Ulich and Dr. Steven Ungerleider, Director Isaac Halasima, and Associate Producer Billy Pratt. All four will participate in the post-screening Q & A with CFF’s panel host, Outside TV’s Pat Parnell.

“There couldn’t have been a better fit than to premiere Waterman at the Coast Film Festival, where organizers hold the utmost respect for Duke not only because of the surf and sport legend he was, but because of the cross-cultural breakthroughs he accomplished throughout his lifetime,” said Waterman Producer David Ulich.

“Waterman” is one of two feature documentaries to be screened Saturday night as part of CFF’s Oceans and Surf-Culture Filmmaker Showcase. Also showing earlier that evening is “Girls Can’t Surf,” a story of a band of disparate women from around the world who dreamt of becoming world surf champions. Fiercely individual, competitive, ambitious and opinionated, these women came up against a male dominated million-dollar industry and culture that wasn’t ready for them. (Showing Saturday, 5:00pm, More info)

Tickets are on sale now and range from $25 – $375. For more information, go to https://www.coastfilmfestival.com/.

About Coast Film Festival
Coast Film Festival is a multi-day film and art festival showcasing filmmakers, artists and social changemakers on topics related to the land and sea. Founded in 2019, Coast Film Festival crisscrosses the globe in search of diverse and inspiring films about people, places and cultures entrenched in lifestyle sports, outdoor adventure, and environmental conservation. CFF is a member of ‘1% for the Planet’ and donates a portion of the event proceeds to support up-and-coming filmmakers and a variety of environmental awareness and activism causes. To learn more, visit www.coastfilmfestival.com or direct questions to info@coastfilmfestival.com.