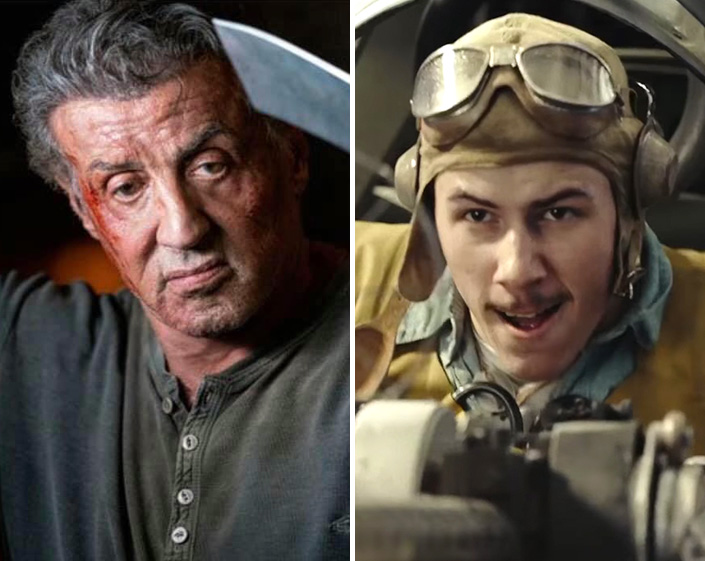 “Rambo: Last Blood” in 4DX will heighten the experience of Rambo taking on the most ruthless of cartels, capturing the action through motion, vibration plus the back and leg tickler synchronizing the punches, kicks, and flips via the seats of 4DX. As the fight continues on and Rambo unleashes his fury, 4DX will utilize airshots and vibration to simulate the on screen action. In addition, motion and vibration will capture the intensity of speeding vehicles – even syncing Rambo on horseback. Cue: “Old Town Road”.

“Midway” in 4DX will have the heroic battle sequences of World War II brought into the auditorium. A thrilling combination of warm air, airshots and fog will recreate the action heavy sequences featuring rapid gunfire and heated explosions. And as fighter jets zoom across the sky, the propulsion will be felt through 4DX motion and vibration, the chairs vibrating to the speed and intensity of the jets.

Past collaborations between CJ 4DPLEX and Lionsgate include successful releases of “John Wick: Chapter 3 – Parabellum”, “Scary Stories To Tell in the Dark” and “Angel Has Fallen” in 4DX.

“We have shared tremendous success with Lionsgate this year releasing ‘John Wick: Chapter 3 – Parabellum’, ‘Scary Stories To Tell in the Dark’ and ‘Angel Has Fallen’ in 4DX and we are thrilled to continue the partnership this fall with ‘Rambo: Last Blood’ and ‘Midway’”, said JongRyul Kim, CEO of CJ 4DPLEX. “The thrilling action sequences will be amplified through the 4DX experience and have audiences right in the middle of the action for a heightened movie-going experience that is a perfect fit with the action genre.”

“We are excited to extend our partnership with CJ 4DPLEX to release ‘Rambo: Last Blood’ and ‘Midway’ in the cutting-edge multi-sensory movie-going experience that is 4DX,” said Mike Polydoros, EVP of Distribution Operations and Exhibitor Relations at Lionsgate. “With the success of Lionsgate’s recent releases in the format, we anticipate the same excitement from audiences and we look forward to introducing the next slate of titles to be canvassed in the 4DX format.”

4DX’s advanced theater technology enhances the on-screen visuals of action-packed blockbusters, transcending the traditional cinema experience through special effects including motion-synchronized seats, wind, fog, rain, lightning, snow, bubble, vibration, and scents. The result is one of the most innovative cinema formats in the industry, drawing fans into the action on the big screen.