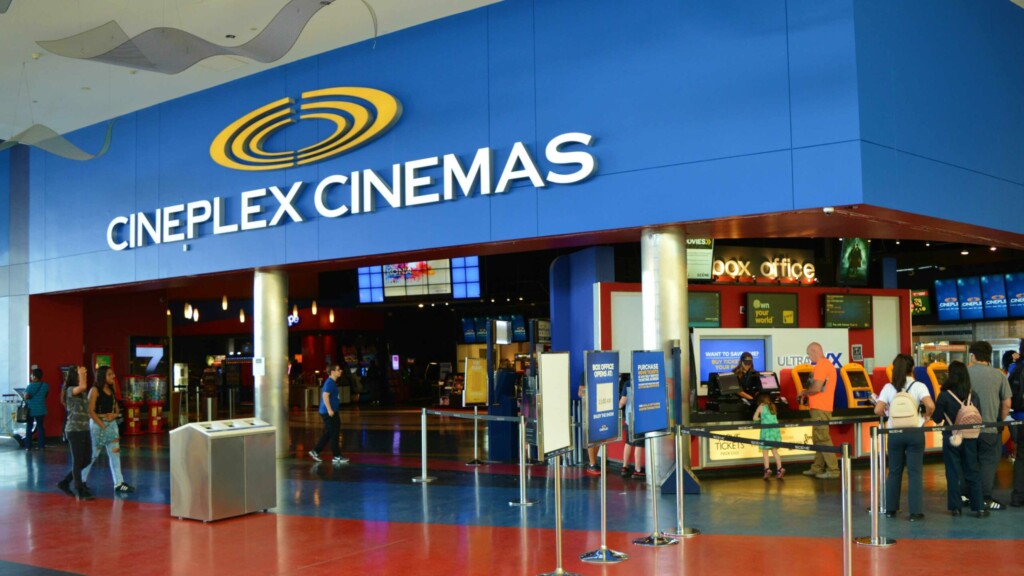 Cineplex Inc. (“Cineplex” or the “Company”) today released its financial results for the three and nine months ended September 30, 2022. Unless otherwise specified, all amounts are in Canadian dollars.

“During the third quarter, Cineplex reported total revenues of $339.8 million and adjusted EBITDAaL of $20.4 million, a 90 percent increase from the same quarter last year” said Ellis Jacob, President & CEO. “Despite limited Hollywood film product, we still achieved box office revenues of 70 percent compared to the same quarter in 2019. This was driven by strong box office in July and the success of our international film product. Cineplex consistently takes an industry leading market share in international cinema. In fact, we earned an impressive 80 percent of the North American box office for the Punjabi film, “Chhalla Mud Ke Nahi Aaya.” In addition, our commitment to growing our diversified businesses continues to deliver results, including an all-time quarterly record adjusted EBITDAaL in the Player One Amusement Group and Location-Based Entertainment businesses.”

Jacob continued, “this quarter we are celebrating a few important milestones from across the business, including the overwhelming turnout for National Cinema Day on September 3, 2022, where we welcomed over half a million guests, which proved to be Cineplex’s busiest day so far in 2022 and third busiest day in the last five years. It was truly remarkable to see the industry work together– with large and small theatre chains across Canada, the United States and Europe celebrating moviegoing. Also, during the quarter, we welcomed Empire Company Limited to the Scene+ loyalty program as co-owners alongside Cineplex and Scotiabank, and we have seen strong membership growth in recent months. We are also excited about the addition of Home Hardware Stores Limited as Scene+ loyalty partners with a launch expected to take place in the summer of 2023.”

“With respect to the Cineworld litigation, on September 7, 2022, Cineworld filed for Chapter 11 Bankruptcy in the United States and the following day, the US Bankruptcy Court ordered a worldwide stay of all enforcement proceedings against Cineworld. We attempted to lift the stay with respect to the ongoing appeal in Ontario, but our request was denied. Therefore, for the time being, the appeal in Ontario will remain stayed until a date to be determined. With that said, we continue to work closely with our advisors to monetize and maximize the judgement claim,” said Jacob.

“As we move forward, we have many highly anticipated titles hitting the big screen, including the release of two of the most anticipated films of 2022, “Black Panther: Wakanda Forever” and “Avatar: The Way of Water,” which is the sequel to the highest grossing film of all time. We are focused on increasing our offerings and generating momentum for our business, as evidenced through the partnerships with non-traditional studios such as Netflix for the theatrical release of “Glass Onion: A Knives Out Mystery,” and through the success of International Cinema in attracting a wide Canadian audience. With the backdrop of recessionary concerns, Cineplex is well positioned across all its business units to further capitalize on consumer demand for affordable out-of-home entertainment,” Jacob concluded. 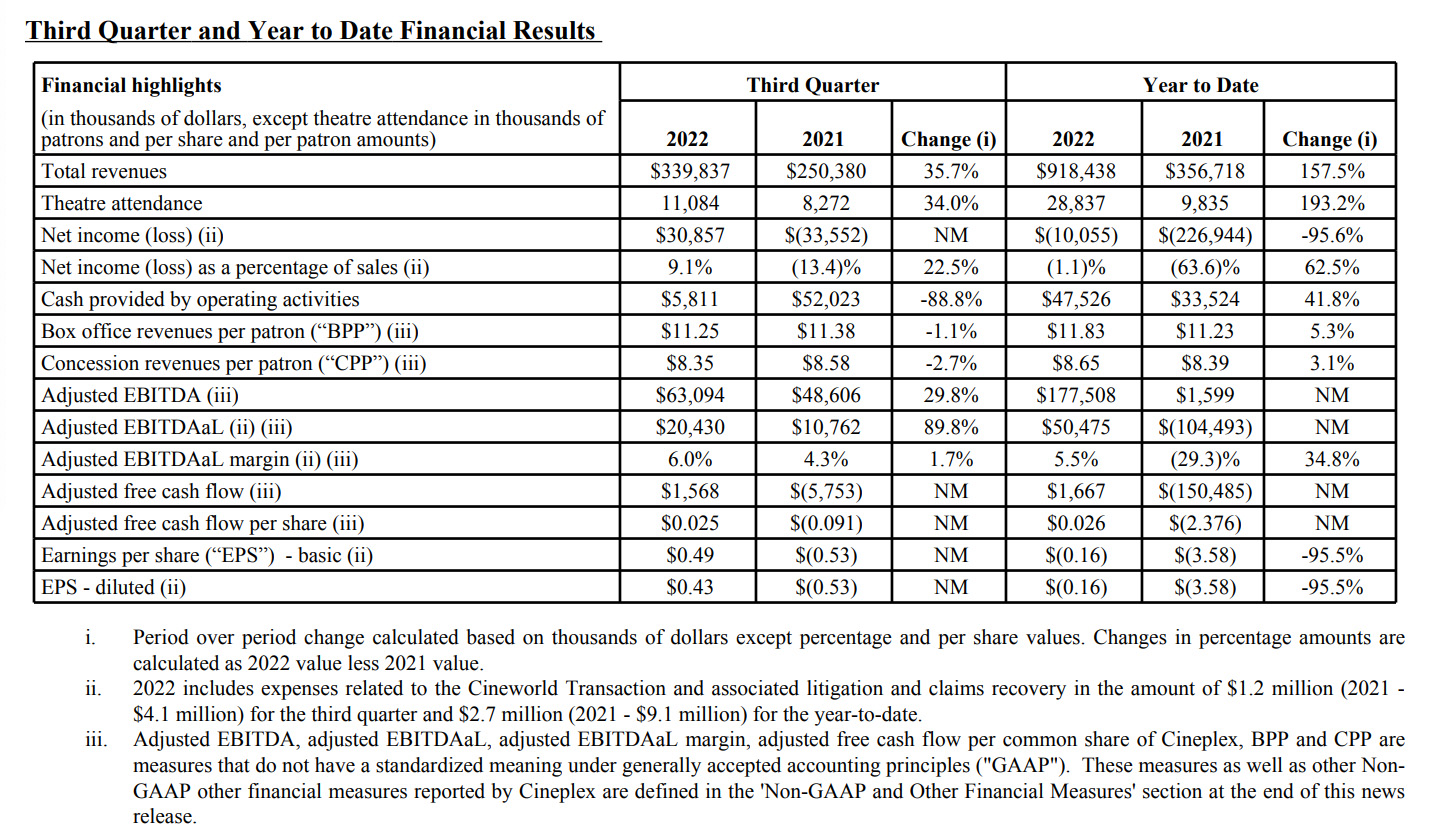 Key Developments in the Third Quarter of 2022
The following describes certain key business initiatives undertaken and results achieved during the third quarter of 2022 in each of Cineplex’s core business areas:

About Cineplex
Cineplex (TSX:CGX) is a top-tier Canadian brand that operates in the Film Entertainment and Content, Amusement and Leisure, and Media sectors. Cineplex offers a unique escape from the everyday to millions of guests through its circuit of over 171 movie theatres and location-based entertainment venues. In addition to being Canada’s largest and most innovative film exhibitor, the company operates Canada’s favourite destination for ‘Eats & Entertainment’ (The Rec Room) and complexes specially designed for teens and families (Playdium). It also operates successful businesses in digital commerce (CineplexStore.com), alternative programming (Cineplex Events), cinema media (Cineplex Media), digital place-based media (Cineplex Digital Media “CDM”) and amusement solutions (Player One Amusement Group “P1AG”). Providing even more value for its guests, Cineplex is a joint venture partner in Scene+, Canada’s largest entertainment loyalty program.

Proudly recognized as having one of the country’s Most Admired Corporate Cultures, Cineplex employs approximately 10,000 people in its offices across Canada and the United States. To learn more visit Cineplex.com or download the Cineplex App.