Cinemas Come Together to Celebrate ‘National Cinema Day’ to Be Held on 23 Sep 2022, to Offer Movies for Just Rs. 75 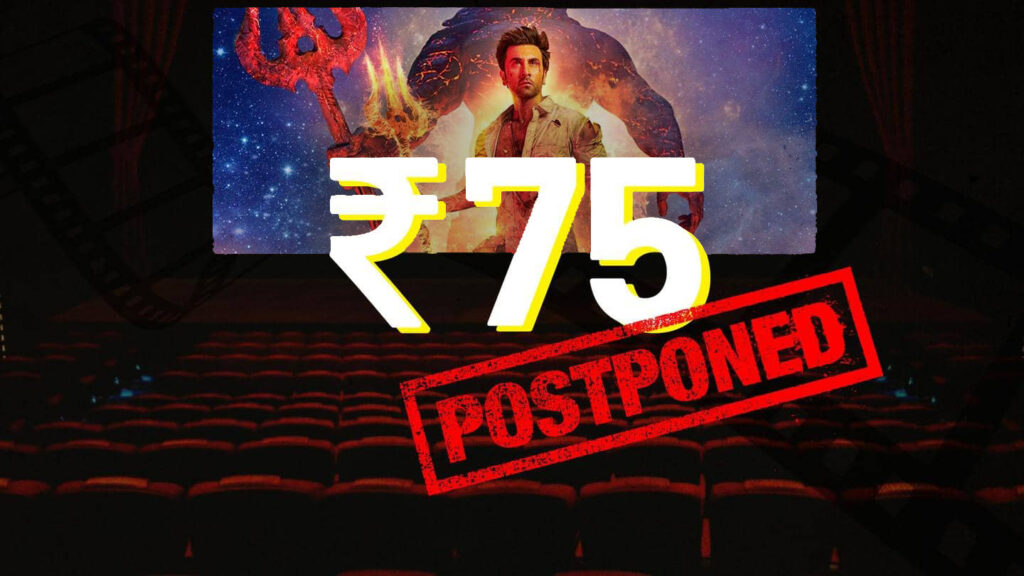 National Cinema Day rescheduled to 23rd September. Across India, on over 4000 screens, movie tickets priced at Rs.75 at all participating cinemas.

The Multiplex Association of India (MAI) and Cinemas across India, welcome moviegoers to spend a day at the movies with celebratory admission price of Rs. 75 to mark National Cinema Day. The National Cinema Day was previously announced to be held on 16th September, however, on request from various stake holders and in order to maximize participation, it would now be held on 23rd September.

National Cinema Day will be held at more than 4000 participating screens and will include cinema screens of PVR, Inox, Cinepolis, Carnival, Miraj, CityPride, Asian, Mukta A2, Movie Time, M2K Delite and many others.

India has a thriving domestic film industry and has seen one of the sharpest recoveries in the film exhibition business, globally. Quarter 1, FY’23 recorded impressive numbers among cinema operators on the back of global and local tent poles that resonated with the Indian audience. The quarter was marked by the release of some of the biggest domestic hits like “KGF: Chapter 2,” “RRR,” “Vikram,” “Bhool Bhulaiya 2” and Hollywood hits such as “Doctor Strange” and “Top Gun : Maverick.”

More details of the special offers or exclusions (if any) will be made available at the participating cinemas, their websites and social media handles. More announcements and updates will be shared at #NationalCinemaDay.

About Multiplex Association of India (MAI)
The MAI is a nationwide group of cinema operators that informs, educates and advocates on behalf of the cinema exhibition sector. It works with regulatory bodies and industry partners nationwide to raise the profile of cinema, highlight opportunities, and address various challenges faced by the cinema exhibition sector. The MAI was established in 2002 under the aegis of the Federation of Indian Chamber of Commerce and Industry (FICCI) by leading cinema operators. MAl represents more than 11 cinema chains, operating more than 500 multiplexes across the country, with around 2500+ screens. The MAI therefore represents around 75% of the multiplex industry of India.